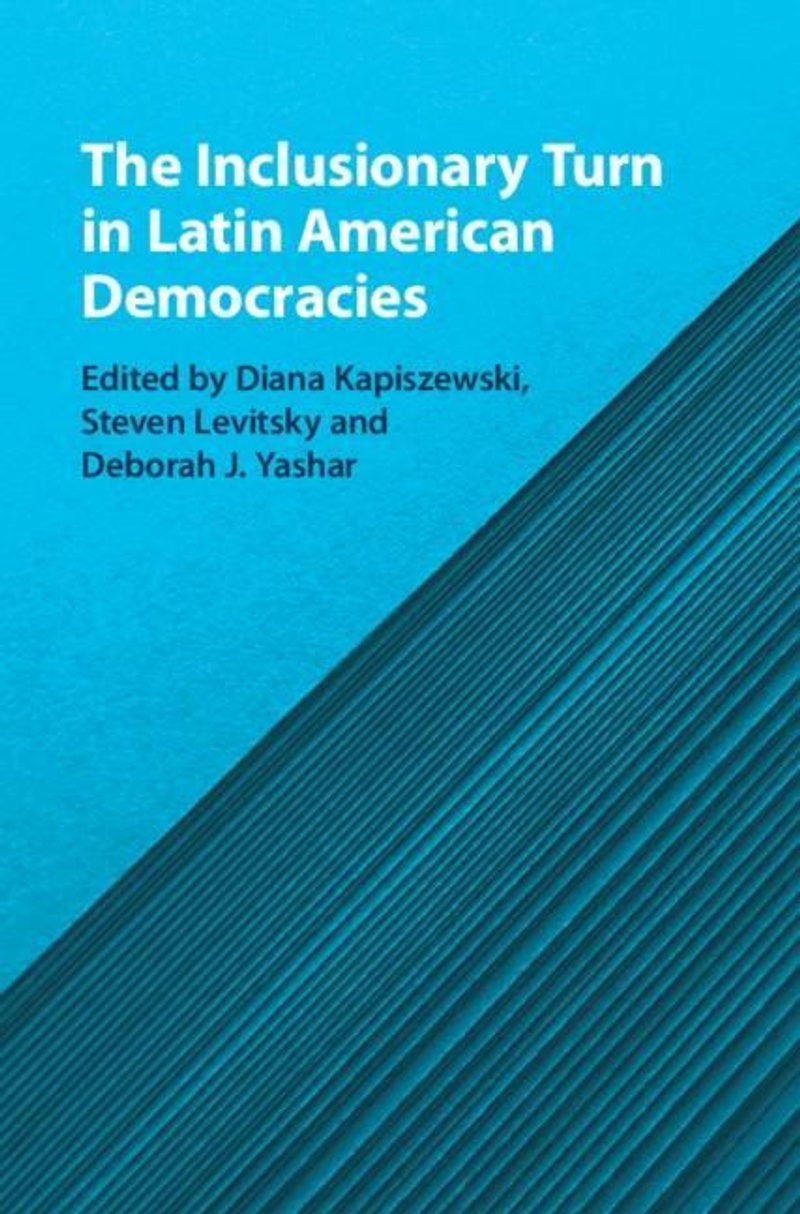 The Inclusionary Turn in Latin American Democracies examines the shift toward greater inclusion in Latin American democracies in the recent past by introducing three dimensions of inclusion: official recognition of historically excluded groups, access to policymaking, and resource redistribution. The editors – former Visiting Fellows Deborah Yashar and Steve Levitsky along with Diana Kapiszewski – argue that the endurance of democratic politics, combined with longstanding social inequalities, create the impetus for inclusionary reforms.

Collaboration for the book grew in part from the conference "A New Critical Juncture? Changing Patterns of Interest Representation and Regime Politics in Contemporary Latin America," held at the Kellogg Institute in 2014.

"Building upon the extraordinary legacy of Ruth Berins Collier and David Collier, this volume constitutes a tour de force through Latin America's inclusionary policies of the early 21st century," commented Tulia G. Falleti, Class of 1965 Endowed Term Professor of Political Science at the University of Pennsylvania, in her review of the book. "It is a must read for anyone interested in contemporary Latin America, particularly as we move into the political uncertainties of the 2020s."