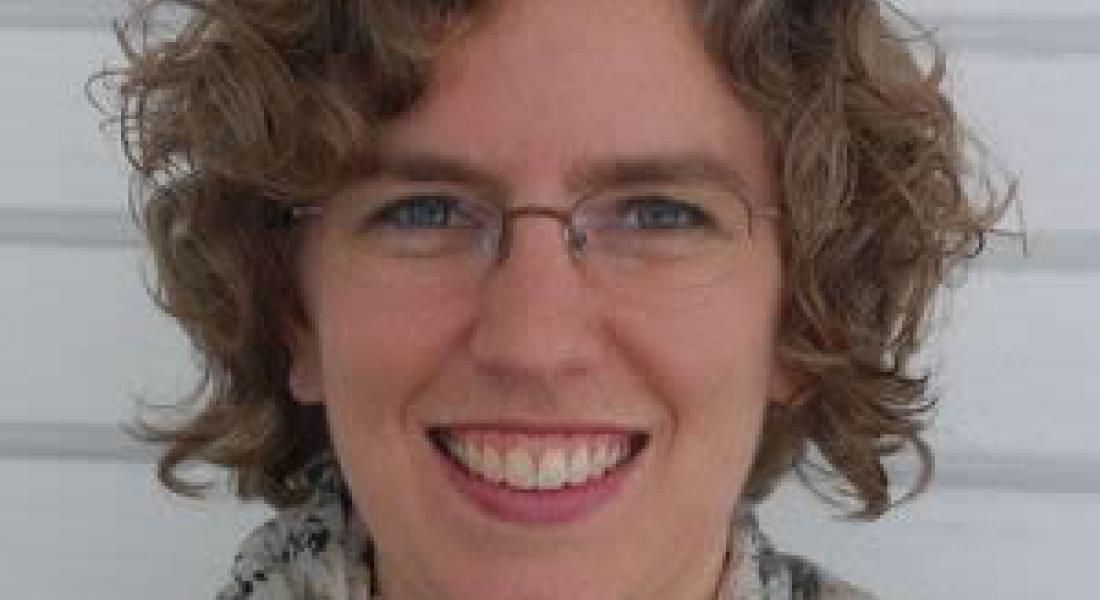 Kellogg Dissertation Year Fellow Meredith Whitnah took the first step along her journey to becoming a University of Notre Dame doctoral candidate in sociology when she was just 10 years old.

“I borrowed a copy of Cry, the Beloved Country my sister was reading for a class,” Whitnah recalls.

The novel by South African Alan Paton tells the tale of a black Anglican priest from the countryside who heads to Johannesburg in search of his son. Published in 1948, the book came out the same year white Afrikaners formally put in place the repressive apartheid system that continued to subjugate people of color for decades.

“I was drawn to the fragility the book shows, the beauty in the face of adversity, and its ultimate theme of forgiveness in the face of injustice,” she says.

So began a scholarly trek that now has Whitnah finishing a dissertation on how faith-based organizations involved in ending apartheid have addressed gender issues in South Africa, particularly gender-related violence. It is a particularly relevant subject in South Africa, which despite a progressive, 1996-adopted constitution, was at one time known as the rape capital of the world, Whitnah says.

For her dissertation, Whitnah chose to study three Protestant NGOs, where she discovered a range of attitudes toward sexism and gender issues. One group, she notes, had always considered sexism and racism problems of equal significance. That group was embedded in the local community through visiting political prisoners and working in racially segregated townships, which grounded and rooted them.

At the same time, an evangelistic group that worked hard to bring about racial reconciliation “has had a harder time with gender issues, though they recognize gender-based violence,” Whitnah says.

The final group—and the one most prominent in the anti-apartheid battle—had considered women’s issues early on in the struggle against the system, but they “tended to hold secondary status to overturning apartheid,” Whitnah says.

The topic of how religious groups address domestic violence began to resonate with Whitnah as a junior in the interdisciplinary gender studies program at Gordon College in Massachusetts. There, she heard five women who had been abused by their husbands talk about how they had turned to their respective churches for help—help they did not receive.

“As sociologists, we aim to understand patterns and contingencies, and for me a significant part of that is to bring hidden stories to light. My program in gender studies provided initial insights into that, which I still draw on today,” she says.

The master’s thesis Whitnah wrote at Notre Dame examines how two evangelical Christian groups in the United States address the issue of domestic violence. One believes the Bible ultimately points toward gender equality, while the other believes that the Bible offers clearly delineated roles for men and women.

“Both groups recognize and condemn the problem of domestic violence,” Whitnah says. “But they are constrained in what they’re able to argue about it because they’re in an ideological fight with one another about gender. My thesis explores both creativity and constraint in addressing an issue that taps into deeply held beliefs about who men and women are imagined to be, and how those beliefs can make it difficult to perceive domestic violence.”

What drew her to Notre Dame, Whitnah says, “is the strength of its work in the sociology of religion,” led by Kellogg Faculty Fellow Christian Smith, the William R. Kenan Jr. Professor of Sociology and director of Notre Dame’s Center for the Study of Religion and Society. Smith is a fellow graduate of Gordon College and has been incredibly supportive of her work, Whitnah says.

Whitnah’s research has also been supported by grants and fellowships, including a departmental dissertation fellowship and a dissertation year fellowship from the Kellogg Institute for International Studies.

Contributing to the broader academic community, Whitnah is one of three sociology graduate students who joined those from other fields in the University’s Mellon Initiative on Religion Across the Disciplines.

“This has been a good chance to meet faculty and mentors in my own field, while at the same time discussing and thinking about how other disciplines approach the study of religion,” she says.

Whitnah has high praise for the strong role faculty plays in the lives of Notre Dame graduate students, singling out Mary Ellen Konieczny, an assistant professor in the Department of Sociology and a faculty fellow at the Center for the Study of Religion and Society. “Mary Ellen Konieczny has been absolutely amazing,” Whitnah says. “She has a gift in teaching, and I consider myself a teacher at heart, too.” Whitnah assisted Konieczny in her research projects, which helped her in her own work.

Of Whitnah, Konieczny says, “After coming to Notre Dame six years ago, Meredith turned out to be one of our very best grad students. She’s independent as a thinker and a scholar, and she is not afraid to strike out for new territory.”

In January 2015, Whitnah will join the faculty of Westmont College in a tenure-track position in the Department of Sociology and Anthropology.

“Partnering with students in their journeys means pushing them to challenge unjust social systems," Whitnah says. "For me, the most important part of my work is to help students see how their unique capacities intersect with the needs of our broken and beautiful world.”