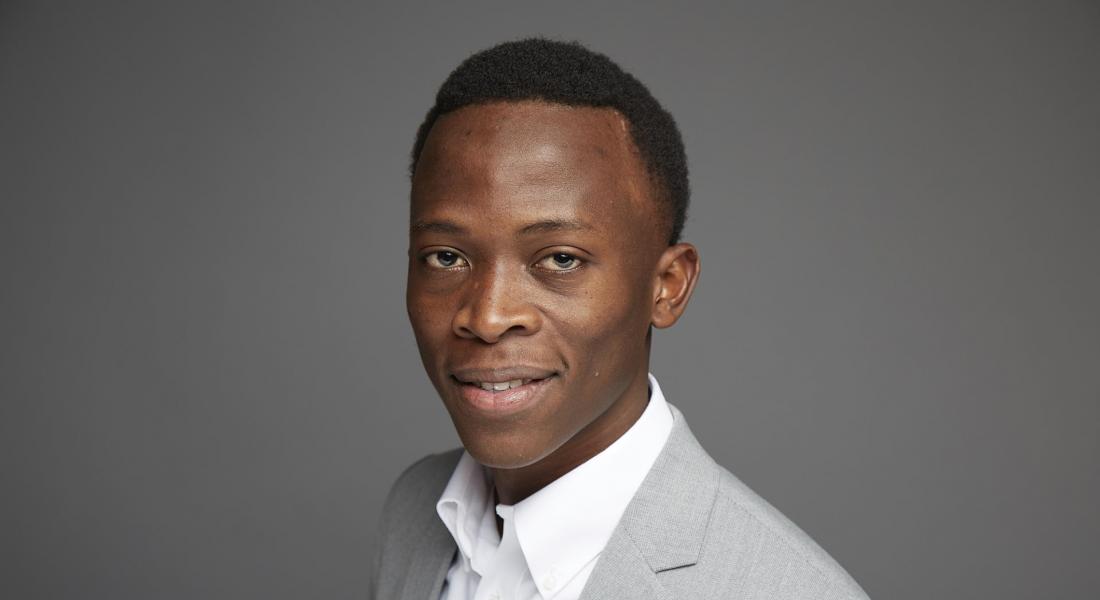 Kellogg International Scholar Trevor Lwere '22 will pursue a Master of Global Affairs in Beijing next year as a member of the Schwarzman Scholar Class of 2023. A native of Kampala, Uganda, he is one of 151 Schwarzman Scholars from a pool of nearly 3,000 applicants from around the globe. He is Notre Dame’s first Schwarzman Scholar since the program was established in 2016.

Like other Notre Dame scholars, Lwere worked closely with the Flatley Center for Undergraduate Scholarly Engagement (CUSE) to apply for the award. CUSE promotes the intellectual development of Notre Dame undergraduates through scholarly engagement, research, creative endeavors, and the pursuit of fellowships.

“We are proud to have Trevor as the first Schwarzman Scholar from Notre Dame,” said Jeffrey Thibert, the Paul and Maureen Stefanick Director of CUSE. “He has already begun to make a place for himself among the next generation of African leaders.”

Lwere is an economics major and philosophy, politics and economics minor, with a supplementary major in global affairs. In addition to being a Kellogg International Scholar, he is a member of the Hesburgh-Yusko Scholars Program and the Glynn Family Honors Program. He is a former Army ROTC member.

As a Kellogg International Scholar, Lwere assists Faculty Fellow Jaimie Bleck, associate professor of political science at Notre Dame, with the study of political participation in Africa, as well as political accountability in Mali. He and Bleck also co-authored an article in the upcoming special issue of the Canadian Journal of African Studies.

Around campus, Lwere has served as president of the African Students Association, founder and co-chair of the Pan-African Youth Conference, and associate manager of empowerment for the Jubilee Initiative for Financial Inclusion.

Away from campus, he is an author (Visions at Dusk) and an ambassador with the Global Citizens Initiative. He spent parts of two summers studying French and Kiswahili in France and Kenya, respectively, and participated in efforts to advance development and education in Africa.

He also conducted independent research into farm gate pricing, youth political mobilization and organization, and globalization in Africa, which he presented at various conferences.

For this and other work, he has earned multiple awards from the African Leadership Academy. He also participated in a panel discussion about youth political movements in South Africa at the invitation of the Nelson Mandela Foundation.

Lwere is currently studying abroad at SOAS University of London.

“I am grateful to God for this blessing. I am also greatly indebted to all my professors here at Notre Dame who have encouraged, supported and facilitated my intellectual growth,” Lwere said.

“The Schwarzman program is a crucial intervention at a critical time in world history,” he continued. “The shifting dynamics in the global balance of power necessitate an understanding of China and its growing role in the world today. This is especially important for us in Africa not only because of China’s expansive role on the continent but also because its impressive feat of lifting over 600 million people out of poverty in one generation is instructive for our development efforts in Africa. Secondly, at a time when the world multilateral system is under much strain, the Schwarzman Scholars program is a unique opportunity for our generation to forge transnational connections and to foster a new, bold vision of a more equitable world.”

Inspired by the Rhodes Scholarship, the Schwarzman Scholarship is a highly selective, one-year master’s degree program at Tsinghua University in Beijing. It is designed to prepare the next generation of global leaders for the challenges of the future.