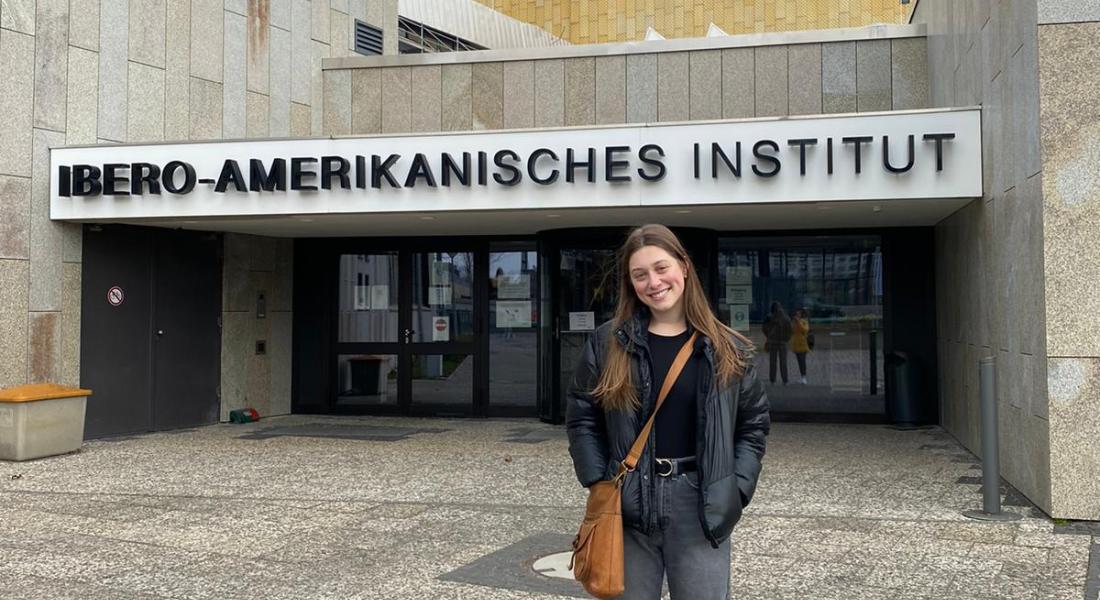 Sophia Kics is a senior in the Kellogg International Scholars Program.

With a Kellogg International Scholars Program research grant, I was able to travel to Berlin, Germany in order to conduct research for my senior thesis, which is based upon my research in ISP for the past three years with Dr. Vanesa Miseres on Latin American gender and feminism. More specifically, I am investigating how a Chilean historical feminist magazine called Acción Femenina portrays the role of social hygiene in Chilean feminism in the early twentieth century. Given that countless similar Latin American feminist and women’s magazines of the early twentieth century are housed at the Iberoamerican Institute in Berlin (where Dr. Miseres also happens to be completing a fellowship), she suggested that I visit her and the institute in order to view them in-person and incorporate them into my thesis.

At the Iberoamerican Institute in Berlin, I was able to spend hours observing and reading several of these magazines, which I will now be incorporating into my thesis to expand my argument to include the role of social hygiene in other Latin American feminist movements outside of Chile. I primarily read issues from a Cuban magazine called Ellas, an Argentine magazine called Mundo Femenino, and (as best I could) a Brazilian magazine called Vida e saudé. Notably, many of these magazines included advertisements and illustrations that are not often available in online versions of similar periodicals, and I now am also able to write a new section in my thesis about them and the historical role of consumerism in social hygiene and feminism in Latin American. Being able to read these historically-preserved magazines in-person was an invaluable experience and has allowed me a broader understanding of their importance, and my thesis will undoubtedly be better because of this trip!