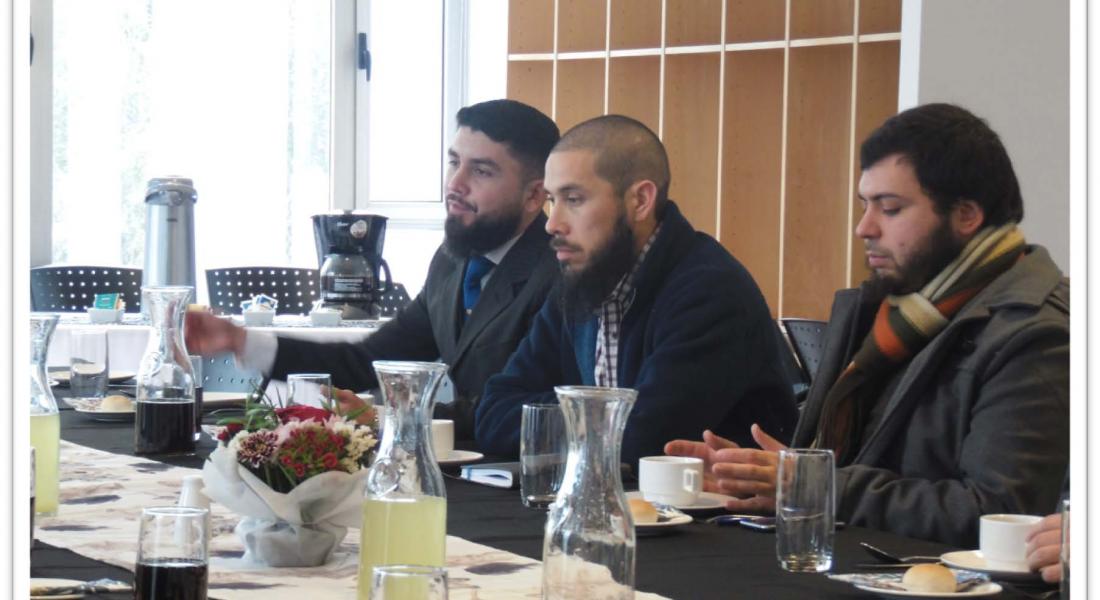 From May to July 2019, Doctoral Student Affiliate Rocío Betzabeth Cortés Rodríguez (theology) traveled to Chile on a Kellogg Institute Graduate Research Grant to conduct research for her project, “Interreligious Dialogue in Latin America and Scriptural Reasoning". Upon her return, she sent the following summary of her work.

During June 2019 we had the first experience of doing Scriptural Reasoning in Chilean territory. As part of my doctoral research and with the support of the Kellogg Institute and the UC Center for Religion Studies, we invited university students to do interfaith dialogue.In total, 14 peoples responded to the invitation to dialogue with members of different religions. The sessions were held in the Faculty of Theology of the Pontifical Catholic University of Chile, on June 6, 13, 20, and 27. The participants were 4 Christians, 3 Jews, 4 Muslims, and 3 Mapuches. 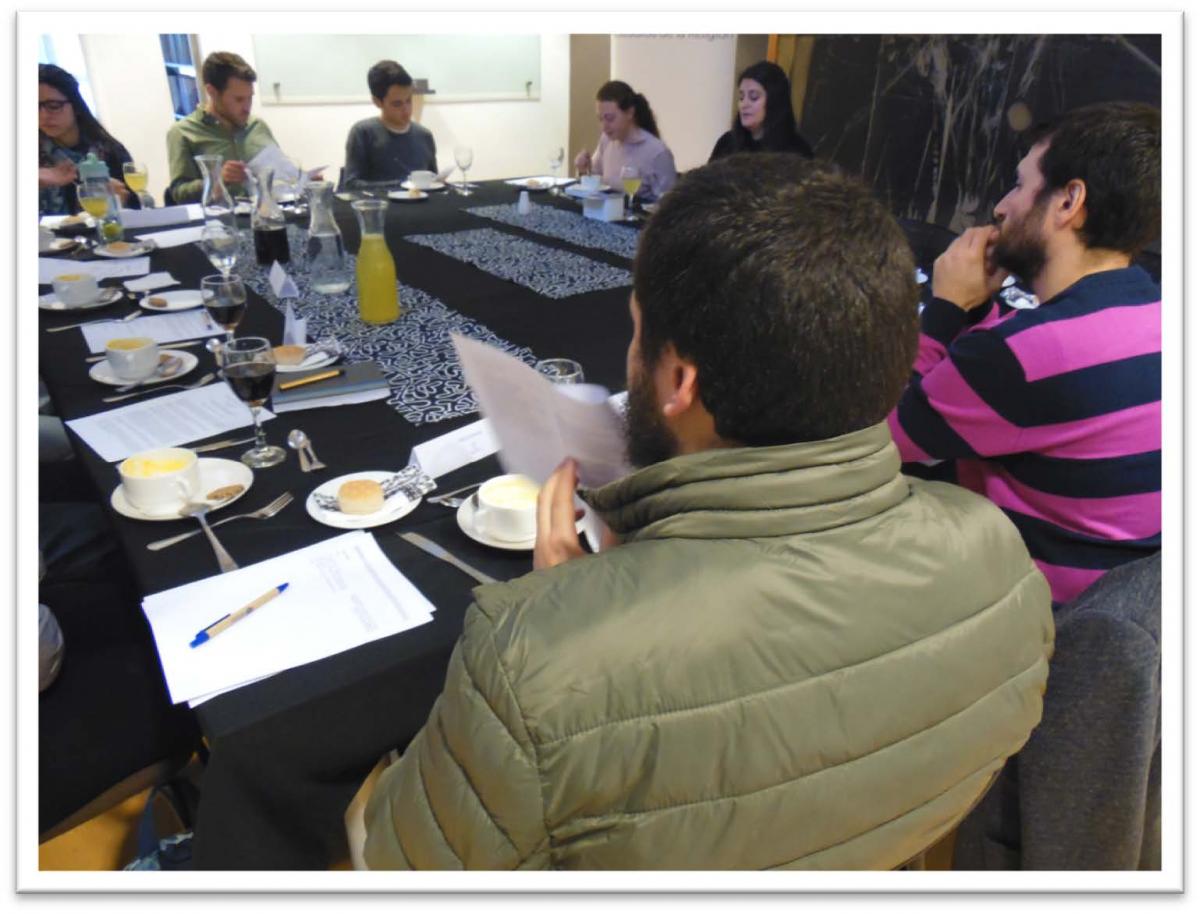 We met once a week, at lunchtime. Lunch was provided to all the participants, dietary restrictions such as halal food for Muslim participants were also considered. The initial plan was that our sessions would take 75 minutes, that is, starting at 1:00 p.m. and ending at 2:15 p.m., thus allocating 15 minutes for initial greetings, and 15 minutes for dialogue about each present tradition. Then, we would have 15 minutes for Judaism, 15 minutes for Christianity, another 15 minutes for Islam and finally, 15 minutes, to finish the encounter, with the Mapuche tradition. This never turned out as scheduled. We always stayed at least 15 extra minutes. The lack of time was a recurring theme in the final evaluation of the activity as the majority of the participants expressed their discomfort with respect to the time devoted to the sessions, since they considered that the sessions were “too short”.

Time was always an enemy of our dialogue because the participants wanted to ask or intervene more than time allowed. This finding contradicts one of the premises of Reasoning of Scripture, which means “giving time to read and re-read the chosen texts. Reasonable time should be allowed to enjoy questions and interpretations about sacred texts.” Therefore, after this experience, we learned the importance of considering new ways of organizing the time devoted to the sessions. This matter is especially important in the Latin American culture in which, sharing and talking, play a vital role in society.

Probably, one of the most significant aspects of this project is the inclusion of the Mapuche Peoples in the sessions as they usually are in political and social conflict/tension with the Chilean society. For that reason, there is a tendency among certain Chileans to stigmatized them and so, Mapuche peoples have limited contact with them as well. Most of the participants openly appreciated the presence of the Mapuche students in the sessions. In the third session, we were talking about religious celebrations and rituals, and it was then that a Mapuche participant explained that to perform the Nguillatún ceremony it is necessary to do it in a specific place, that is, a location that either by tradition or by revelation to a Machi must be used for this purpose. It was then that a Muslim participant exclaimed: “That is why your land is so important to you! Everything makes sense now; the problem is that where you see everything, we [Chileans] see nothing ” and his voice reflected frustration when he understood that it is our ignorance about the Mapuche people and their beliefs that often prevents us from understanding their demands regarding the land, especially in southern Chile.

In general, most participants agreed that the environment was safe and appropriate for the sessions. One person stressed the power to “get to know each other and listen to ourselves.” Another participant indicated that “the environment was safe and of mutual respect among the participants.” One person went further and said, “I liked the respectful treatment of the different participants towards the religions or beliefs of each person.” The whole experience of Scriptural Reasoning in Chile lead us to confirm that this project is a viable option for the region. This interfaith dialogue method aims to provide spaces of peaceful, safe, and democratic encounter of people that without a particular reason, would never meet. The support of the Kellogg Institute was crucial to make the sessions a reality that corroborate that this method can be a fruitful way to unite members of different religions and discuss, not only religious issues, but also new forms of understandings and possible collaborations that can contribute to create a better society among us.