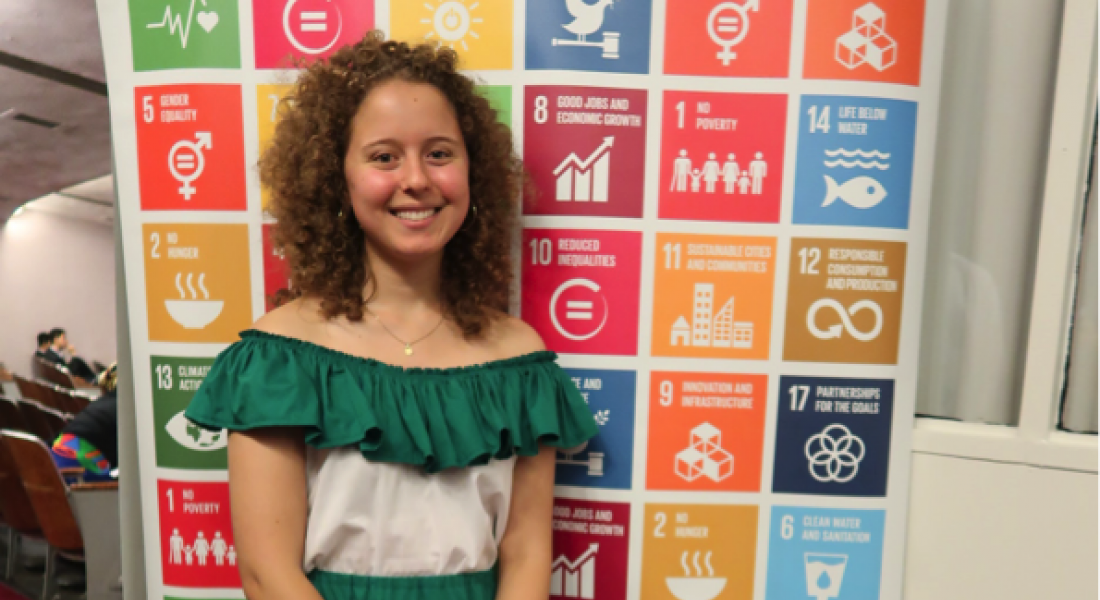 Last semester, I participated in Notre Dame’s Global Forum with Dr. Muhammad Yunus, a Nobel Peace Prize recipient and avid supporter of the United Nations’ (UN) Sustainable Development Goals (SDGs). Although I had heard of the SDGs before, I never seriously reflected on how my academic and extracurricular activities at Notre Dame centered around them. But after participating in the forum with Dr. Yunus, I began to think more deeply about how majoring in sociology, interning at an anti-trafficking organization in Asia while also preparing to do my senior thesis research there, and working on my anti-trafficking podcast, The Trafficking Dispatch, all worked toward achieving some of these goals.

However, I still felt pretty disconnected from the origins of the SDGs, so when I came across the opportunity to attend the United Nations Youth Assembly (UNYA) on August 9-14, I jumped at the chance. The UNYA is a biannual gathering in New York City that brings youth from around the world to discuss the SDGs and learn how we can integrate them into our communities. Because of my anti-trafficking work, I applied to represent the SDGs of Good Jobs and Economic Growth, Responsible Consumption and Production, and Peace and Justice. A few days later, I was accepted as a delegate for the United States.

When I arrived at the Assembly, I found out that my roommate was a United States delegate as well. I also became friends with delegates from the Philippines, the Seychelles, the UK, Canada, Sierra Leone, Colombia, and more. Each person was advocating for a different cause -- from zero waste living to legal support for refugees -- but all of our passions linked back to at least one of the SDGs.

When I explained my reason for attending the Assembly, I was quite shocked by the response some delegates had. While no one overtly questioned my desire to raise awareness and inspire concrete action against human trafficking, I could tell that some delegates did not understand why I was so concerned about a seemingly rare issue, especially when there are more obviously prevalent issues to address, like lack of access to clean water. Rather than discourage me, this only made me realize that there is plenty of work to do in addressing the many forms of human trafficking. I became even more determined to complete my senior thesis on anti-trafficking narratives on social media to better understand how anti-trafficking organizations make their cause relevant to their audiences. As The Trafficking Dispatch prepares for its third season, my team is also preparing more information and action-based episodes to continue to educate others and further promote the SDGs.

Thankfully, another opportunity to work on the SDGs arrived just days after returning from the Assembly. The youth branch of the UN Sustainable Development Solutions Network invited me to participate in two panel discussions on youth-led advocacy at the Nobel Peace Prize Forum in September. They want me to connect my team’s anti-trafficking work to Peace and Justice, one of the goals I represented at the Assembly. I know that my time at the Assembly, as well as my educational and extracurricular activities at Notre Dame, will prepare me to take this next step in my anti-trafficking career.