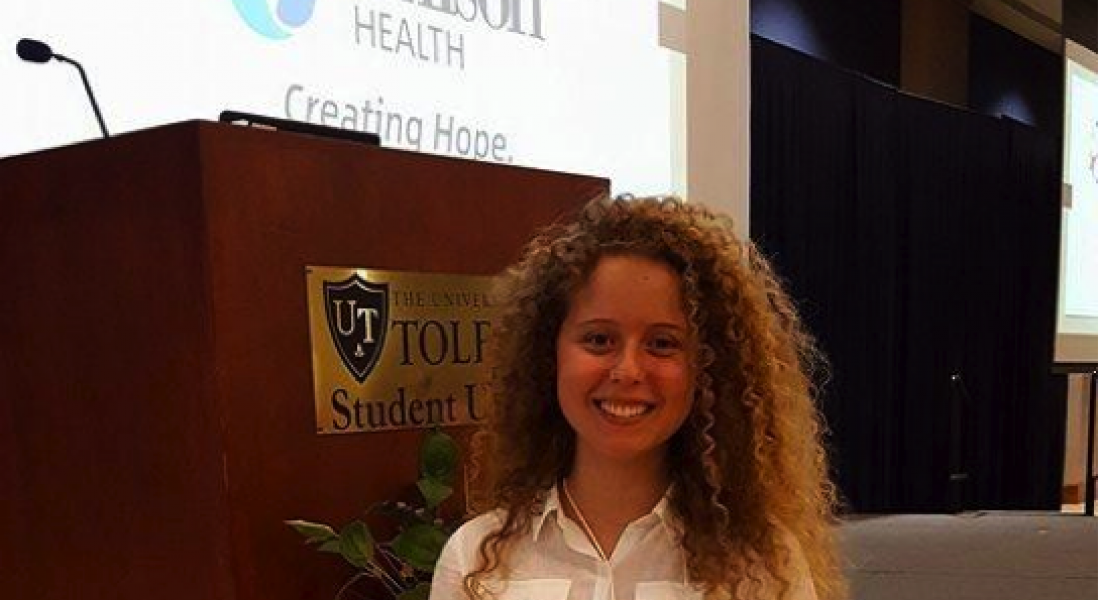 As someone who has been interested in anti-trafficking work since I was thirteen, I am always looking for opportunities to learn more about the issue. Last year, this meant attending a panel on sex trafficking at Notre Dame’s Human Development Conference. This one-hour panel heightened my interest, and it was then that I realized I wanted to attend a conference dedicated entirely to human trafficking and related issues. After comparing multiple conference options, I decided to attend the Human Trafficking and Social Justice Conference at the University of Toledo on September 22nd. While the main focus of this conference was human trafficking, it also looked at other, often connected, social concerns, which was relevant for me because I am a sociology major.

My goals in attending this conference were twofold: to gather ideas for my senior thesis research, and to network with other anti-trafficking scholars and advocates. Prior to attending the conference, I decided I wanted my research to center around the effect of social media representation on anti-trafficking work. At the conference, I attended two sessions on the intersection of art/media representations and human trafficking. Through these sessions, I gathered more ideas for my thesis research, which I hope to complete at a Chinese anti-trafficking social enterprise that I interned for last summer.

Because it is an international conference, I had the chance to meet advocates from around the country and the world. Unlike the advocates from Guyana who spent three days traveling to the university, one of the advocates I met lived only half an hour away. However, her proximity to the venue did not limit her network. After meeting her, she told me that she knew anti-trafficking workers in China. If I ever need a support group while I conduct my research there, she promised to put me in touch with them. Similar connections with other scholars, advocates, and survivors were created in a span of only nine hours, which showed me how important concentrated gatherings can be in advancing my career as an anti-trafficking advocate.

An additional benefit of attending this conference was meeting other likeminded peers. Most of the attendees had been working in the field for several decades, but there were still several college students like myself. I told them about my podcast on human trafficking that is run primarily by and for college students, which they expressed interest in learning more about. I also heard about their struggles and triumphs as young anti-trafficking advocates, and was encouraged to keep pursuing a career in this field despite my relative young age.

Attending only one day of this conference gave me enough material and connections to last me for at least for the rest of my college career. While I expected only loosely relevant information for my senior thesis, and casual conversations with other attendees, I walked out with concrete ideas for my research and connections to other advocates with extensive networks in the field. It is now my goal to write a thesis worthy of presenting at this conference after I graduate.