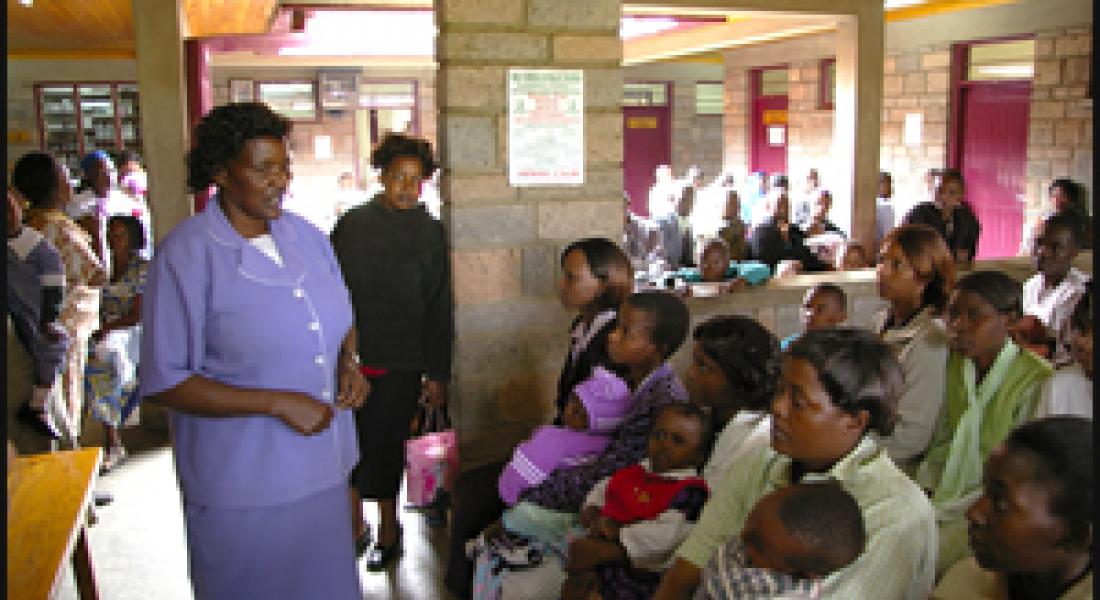 Beginning in January 2011, the Ford Family Program in Human Development Studies and Solidarity will investigate ways to address urban poverty by rubbing shoulders with the people of Dandora, one of Nairobi, Kenya’s most notorious slums. The priests and brothers of Holy Cross have been at work in Dandora for more then 30 years. The Ford Program will partner with Holy Cross Parish, which sponsors the slum’s busiest medical clinic and a large primary school. In this initiative intended to integrate teaching, research, and grassroots community engagement, the Ford Program is also seeking to partner with the Catholic University of Eastern Africa [CUEA].

Dandora is a low-income housing estate located 11 kilometers east of the Nairobi city center.  Though precise census figures are difficult to obtain, it is estimated that 200,000 people live in Dandora, an area that covers approximately 350 hectares. The majority of residents live in chronic poverty, earning between $1 and $2 per day working in the jua kali or informal sector where wages are low and work is uncertain.  Men typically work as security guards or as day laborers in factories and construction sites.  With little education, most women in Dandora work in low-wage and low-skilled jobs hawking food and engaging in petty trade.  Some also work as maids for middle-class families living in the Dandora housing estate as well as far-off estates such as Komarock and Buru Buru.  In the absence of viable income activities, many resort to prostitution and the illegal brewing of alcohol.

It is the women and children in Dandora who bear the brunt of poor living conditions.  Single mothers who have fled bad marriages or are widowed head the majority of households.  Others have left to escape the poverty and deprivations of rural life.  In contrast, most men are in the slums because of the cheap accommodation and access to day-labor jobs; their goal is to stay only as long as it takes to raise funds to pay their children’s school fees and build a home in the rural area where their wives and children live and where they will return to retire.  Unlike the men who work outside Dandora and just eat and sleep there, most women are present in the area all day.  They are responsible for families and household duties and many also work near their homes.

Youth and children in Dandora are also vulnerable.  Children are forced to play in mounds of garbage and open sewage, a situation that exposes them to diseases—such as cholera, typhoid, TB, and malaria—that are caused by unsanitary conditions.  As a result, the overall mortality rate for children under five in the slums is two to three times higher than the city as a whole and 50% higher than in the rural areas.

The Ford Program commissioned a three-week initial assessment of how to proceed, carried out in July 2010 by Muthee Kiunga of Notre Dame’s Center for Civil and Human Rights, and Christine Bodewes, a human rights lawyer with many years experience in Nairobi’s slums and with the Catholic community there.  As a result of their initial report the Ford Program has determined that, while more listening and learning is necessary, Notre Dame is well positioned to develop the kind of partnerships that would allow Notre Dame faculty and students to learn important lessons and contribute to human well being in Dandora and beyond.

Calendar year 2011 will focus on partnership building and initial assessment of the needs of the community, ending with a strategic plan for how Notre Dame can best operate in Kenya, beginning in Nairobi, to learn about and address the development needs of the people there.

Leading Notre Dame’s efforts in Dandora will be Kerubo Caroline Okioga, a Kenyan human rights lawyer who earned her LLM in international human rights from Notre Dame in 2006.  She has significant experience working with Nairobi’s slum dwellers and refugees and on issues of human rights, housing, and water with a number of international organizations.

“I expect very important research questions to emerge from our exploration, including those related to health and to how people solve collective action problems. I am grateful we have this opportunity to explore how Notre Dame might most effectively partner with Holy Cross Parish in Nairobi and to work with the people of Dandora to realize goals they set for themselves,” notes Dowd.