Faculty Fellow James McAdams' (political science) book, Vanguard Of The Revolution: The Global Idea Of The Communist Party, was named to the Foreign Affairs "The Best of Books 2018" list.  The book tells the story of how the Communist  movement developed out of nineteenth-century Europe, thrived in the Soviet Union, and then spread to China, Cuba, and beyond. 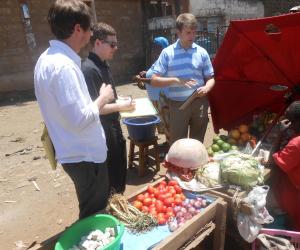 ‘What are We Going to Do Next Time?’

A new Ford Program study is asking whether cash grants can help female entrepreneurs in Kenya keep their businesses afloat during the coronavirus pandemic.