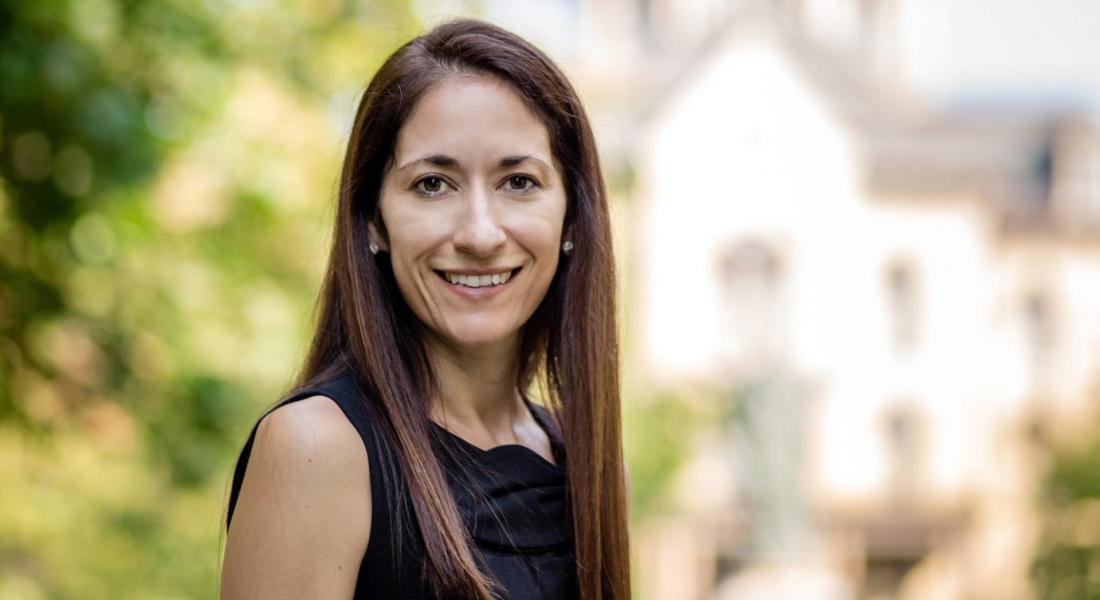 Vanesa Miseres, a faculty fellow with the Kellogg Institute for International Studies, has won a prize from the International Institute of Latin American Literature for her book Mujeres en tránsito: viaje, identidad y escritura en Sudamérica.

“This award is very important to me, beyond the recognition of my research,” said Miseres, an assistant professor of Spanish in the Department of Romance Languages and Literatures. “It is given to a book that focuses on women writers mostly from Latin America — a corpus I work to give visibility both in my research and in the classroom. It is also valuable to find organizations praising Spanish not only as a subject of study, but also as a language in which a large U.S. scholarly community produces knowledge and maintains intellectual debates.”

Mujeres en tránsito examines four prominent female writers who traveled to and from Latin America in the 19th century — Flora Tristan, Juana Manuela Gorriti, Eduarda Mansilla, and Clorinda Matto de Turner. Each author’s travelogue is written in a different, significant moment in the history of Latin American countries and touches on the nature of cross-cultural relations.

Miseres, who came to the United States from Argentina after completing her undergraduate education, became fascinated with female travelers as a graduate student at Vanderbilt University.

“At that moment, I was also a young woman traveling between the U.S. and my home country,” she said, “and I was personally experiencing the many ways in which gender can determine your perceptions of other cultures and how others perceive you — the central matrix of every journey.

“Carlos Jáuregui, now a colleague here at Notre Dame, was one of my professors and first introduced me to Tristan’s travelogue to Peru. I discovered a group of amazing women authors who fought to break the barriers of patriarchal societies and redefined concepts like gender, education, race, and nation that were central to shaping citizenship in 19th-century Latin American countries.”

These texts provide a better understanding of the origins of today’s debates on gender politics, said Miseres, who is an affiliated faculty member in the Gender Studies Program.

“Far from being frivolous or exclusively related to domestic matters, 19th-century women’s relationship with writing was a political act,” she said. “They read each other’s works and created transnational networks through letters, periodicals, and intellectual friendships. We owe these women a lot in finding strategies and venues to denounce injustice and inequalities.”

Miseres, also a faculty fellow in the Nanovic Institute for European Studies, is working on two new projects.

Through her interest in travel writing, she became fascinated by the presence of food and cooking in literature and is co-editing a book, Gastronarratives: Food, Literature, and Culture in Latin America.

“I am looking at how gender shapes war discourses — such as patriotism, historiography, pacifism, and anti-fascism, among others — and, at the same time, how war defines gender relationships,” she said. “I also show the connections between women’s war writings and the formation of Latin American feminist discourses.”

Miseres looks forward to sharing her research with students this fall in courses on Hispanic literature and culture, food as cultural artifact, and the concepts of civilization and barbarism in literature.

“Reading 19th-century women writers in the classroom opens us up to a wider number of the perspectives, topics, and discourses that have shaped our cultures,” she said. “And when we become more aware of diversity in societies, when we read about others’ fights and struggles, we become better people.” 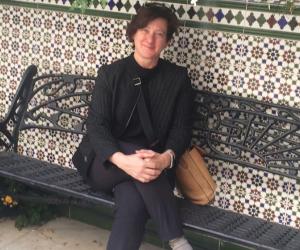