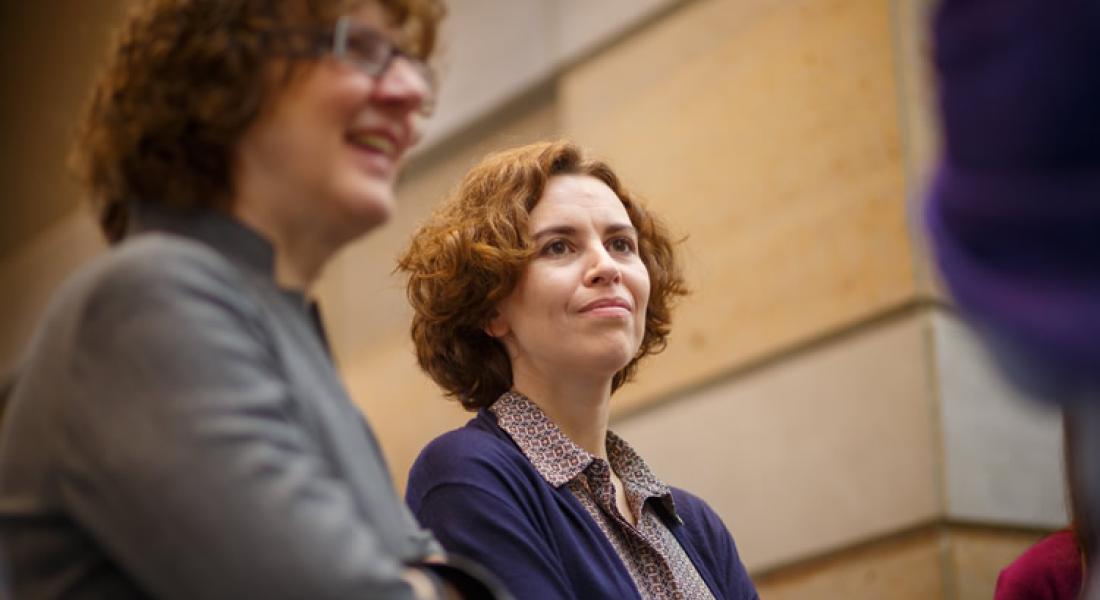 “There is so much we still need to learn about how wars are fought,” says Visiting Fellow Ana Arjona (PhD, Yale University). The assistant professor of political science at Northwestern University spent spring 2016 at Kellogg conducting research on the legacies of war and how civilians make decisions in wartime.

To better understand the dynamics of war, Arjona has conducted years of field research in conflict zones in Colombia, refining innovative new methodology to interview combatants and civilians alike. In her work, she focuses on explaining a single, central question: how violence and war act to transform people, communities, and nations.

Among the results of her research is the forthcoming Rebelocracy: Social Order in the Colombian Civil War (Cambridge University Press), in which she examines why and how rebel groups choose differing ways to rule civilians under their control.

“I expect it to be a pathbreaking book,” says Faculty Fellow Guillermo Trejo, who worked closely with Arjona during her visiting fellowship.

A native of Colombia, Arjona grew up with the country’s ongoing civil war in the background. It took time away in Spain to comprehend how intense the Colombian conflict was and how dramatically people’s lives change when they live in conflict zones.

“I dedicated my graduate studies and professional life to explore the wounds that war leaves behind,” she says. She hopes that this work will inform paths forward for Colombia and other nations dealing with internal conflicts.

That commitment has led Arjona to attempt to understand very explicitly how war plays out on the ground among different social and political actors. After exploring the causes of various types of rebel rule in the forthcoming book, she spent her semester at Kellogg delving into two interconnected projects.

A new book manuscript focuses on the effects of rebel rule on civilian behavior during wartime and especially on how and why citizens resist and/or obey and support rebel rule. She presented a portion of this work on the Kellogg-sponsored panel “Civilians and Armed Actors in Contexts of Large-Scale Violence” at May’s Latin American Studies Association (LASA) annual meeting.

Arjona is also investigating the multiple legacies of war in a series of articles that starts with the premise that war is not a single, easily explained entity.

“Legacies of war are very complex,” she says. “There are many dynamics, and they don’t evolve and affect people in the same ways.” People living under armed regimes may change their attitudes toward the state, the rule of law, the use of social capital, and how action for change can take place.

In her fieldwork—in which she interviews drug traffickers, guerrillas, paramilitaries, and other excombatants as well as civilians—she uses innovative tools to measure the informal institutions she is studying. “Vignettes” are short stories told to respondents to elicit a quick measure of the validity of their recollections. “Memory workshops” draw together a cross section of community members or armed actors to collectively create a history of local events related to the civil conflict.

“I want to make sense of the wartime activity with people who participated in it,” she says.

During her visiting fellowship, Arjona became deeply involved in the Kellogg community, in addition to working on her own research.

At Trejo’s suggestion, she conducted a workshop on her data-collection techniques to prepare doctoral students for their own fieldwork in conflict zones. Like other fellows, she presented her own work and critiqued others at regular work-in-progress sessions.

“I had an amazing amount of time to work uninterrupted,” she says, “but it was a very engaged experience. I had the opportunity to interact with faculty and students in ways that have led to new projects.”

After completing her fellowship, she will be continuing to work with Trejo, PhD Fellow Juan Albarracín, and former Visiting Fellow Sandra Ley Gutiérrez of CIDE on one in particular, an ambitious new book project that focuses on large-scale criminal violence in Brazil, Colombia, and Mexico. They intend to study how organized criminal groups govern citizens—or don’t—and how people resist or otherwise respond to such violence.

Arjona says it is “amazing” how much visiting fellows are included and really made part of Kellogg. She is looking forward to continuing that connection as a member of the extended Kellogg community. 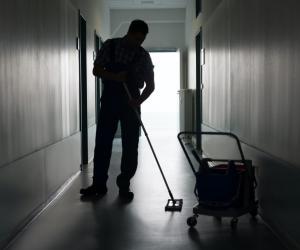 On the essence of things and the necessity of persons