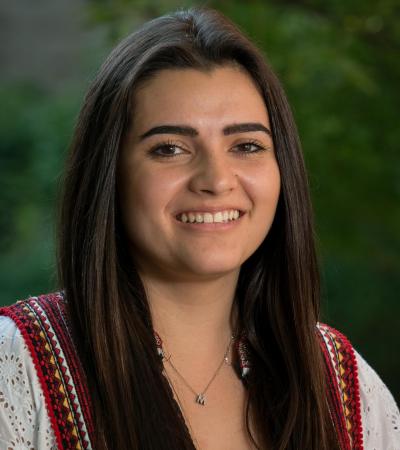 By early March, reports about coronavirus cases in Venezuela began circulating through social networks. Doctors in private hospitals began warning citizens that the virus had already reached the country. As a result, the government addressed the worrisome rumors and set matters straight by following its usual modus operandi: persecuting journalists and imprisoning doctors. After all, if a tree falls in a forest and no one is around to hear it, does it really make a sound?

In the case of coronavirus, it does.

Despite Maduro’s iron-fisted attempts to silence those who dared to warn the population about the virus’s imminent spread, the government was eventually forced to admit that coronavirus had arrived in Venezuela; it did so, however, at its own pace and by its own rules.

The truth is nobody knows how the situation truly is in Venezuela. According to the government’s data, there are 189 confirmed cases, 110 recovered patients, and 9 deaths. Surprisingly so, Colombia, a neighboring country, reported 2,852 confirmed cases, 319 recovered patients, and 112 deaths; Brazil, another neighboring nation, confirmed 23,430 cases and 1,328 deaths. How is it then that the most unprepared country for this pandemic in the whole region has the lowest amount of confirmed cases? How is it that a nation with an already crippled health care system boasts the lowest mortality rate for this disease?

It’s simple: the government is not telling the truth.

On April 12, a hospital in Mérida, a state in Venezuela’s Andean region, dared to give a press conference about the COVID-19 situation it is facing. They said they had more than 350 patients displaying coronavirus symptoms. A single hospital in just one state is claiming it has two times the amount of reported cases the government has declared. The numbers clearly do not add up, but they also never lie, so let’s do the math:

30 million people.
84 ICU beds in the whole country.
8 out of 10 Venezuelans without continuous access to clean drinking water and basic sanitation.
One collapsed health care system.
A completely crippled economy.
No medicines are available.

The truth is, only the armed forces – known as “FAES,” for their Spanish acronym – know. According to journalism outlets, when people call health services to report coronavirus cases, rather than having doctors and ambulances rush to the rescue, they receive a visit from the FAES; at least 20 people have been reported missing in Caracas.

Why is it that Maduro so vehemently refuses to be transparent about the COVID-19 situation in Venezuela?

Because disclosing the truth means revealing that Venezuela was utterly unprepared for this crisis; it means accepting that Venezuela was unprepared because the nation was already in shambles even before this pandemic; it means conceding that the regime is to blame for the chaos; it means finally admitting that Chavez’s so-called Bolivarian Revolution failed the exact people it vowed to empower – namely the poor.

Maduro is clearly not ready for that conversation, so it will continue trying to cover the truth in the same a child tries to cover the sun with their thumb.

Venezuela was already traversing an unprecedented crisis before COVID-19 ever originated. One of the greatest victims of such chaos was actually the health sector. Ever since the economy began contracting in 2013, medicines began disappearing from pharmacies’ shelves, once-eradicated diseases began resurfacing, and people began dying from the common flu. Every day morgues are filled with corpses: some from terminal disease patients who could not afford their treatment, others from people who awaited transplants that never arrived, some others from malnourished citizens.

Those who did not leave Venezuela in a coffin left through the borders. Almost 5 million Venezuelans have fled from possible starvation, an inevitable disease, and a collapsed economy and are spread throughout the world. Approximately 50 thousand citizens packed their lives into a bag and walked towards Colombia in a daily matter because a house elsewhere weighs more than a plate without food, a hospital without medicine, and a country without opportunities.

On the other hand, those who choose to stay face worsening living conditions. Areas outside Caracas, the capital city, are the most affected by power outages and limited access to clean water; some states have remained without electricity for months already. If that were not enough, the economy continues contracting and hyperinflation rising. Every day, businesses are forced to close, purchasing power falls, and the minimum wage can afford people fewer calories. To top it all off, the country is not producing any more oil despite the fact that Venezuela boasts the largest reserves of petroleum in the world. Not only is the price of the barrel at its all-time low, but also the state-owned oil company no longer has the infrastructure to continue extracting “black gold.”

Now throw a pandemic into that mix and you have the closest thing to Dante’s Inferno in real life.

The issue with coronavirus is that it exacerbates Venezuela’s preexistent crisis, and, once again, the poor are the most vulnerable. In a country where they cannot meet their basic needs, they are now forced to choose between dying from either the virus or from starvation. Going to work means getting infected, but not going to work means not having money for food – that is what happens in a nation in which more than 90 percent of its citizens live from paycheck to paycheck. Perhaps the worst part is that, now, people are unable to escape these conditions, as borders have closed and travel into and outside Venezuela has been cancelled.

Those who migrated before the pandemic arrived are not doing a lot better either. Some are stuck in refugee camps; others are forced to remain in nations where they do not have access to the public health system and are unable to afford private services. Due to this situation, a number of Venezuelans have chosen to return from abroad – like the Venezuelan saying goes, más vale diablo por conocido que santo por conocer, or “better the devil you know than the saint you do not.”

Even though the virus does not discriminate between poor and rich, the approach each sector has been taken varies completely. In the case of the wealthy few, people are following social distancing protocol. People are quarantining, leaving their homes only for essential shopping, and wearing masks whenever they venture outside. On the other hand, the poor are not following these procedures. Since most have jobs in the economy’s informal sector, they continue trying to make some money – especially within the country’s popular areas where law enforcement is not strict. They have been forced into succumbing to even more government surveillance and manipulation, as the regime said that people would only be allowed to leave the slums if they have their “Carnet de la patria” - an ID created to streamline social programs that serves as a method of coercion and vote-buying. Moreover, the government’s attempt to enforce quarantine on the poor sector has utterly failed; not only have some refused to accept it, but protests in slums have ensued as a result – hunger trumps the fear of disease.

Despite the different realities, however, no one –rich or poor – is immune from the exacerbated crisis. Money and socioeconomic status cannot save anyone from understaffed and resource-lacking hospitals, national power outages, and failing clean water systems. Heck, not even being far from Venezuela can save anyone from these issues; despite the distance, there is always a relative, a friend, a neighbor, an acquaintance that remains in the country and is suffering through the crisis. At least, I have never felt my heart be closer to home than what it is right now – even if it finds itself in Lakeville, Minnesota, roughly 2,834 away from Venezuela.

I wish I could write something happier. I wish I could report something more uplifting, but Venezuela’s situation is grim. I guess the greatest lesson this situation has taught me is that we must try not to be shortsighted and to look beyond our circumstances. It is easy to dwell on the fact that sports were cancelled, our semester turned virtual, and we cannot leave our homes; however, there are people who are facing even worse conditions – there are people choosing between death by disease or by starvation. These are precisely the people we have to keep in our mind and try to do our best to help, even if the only thing we can do is offer a prayer for them.