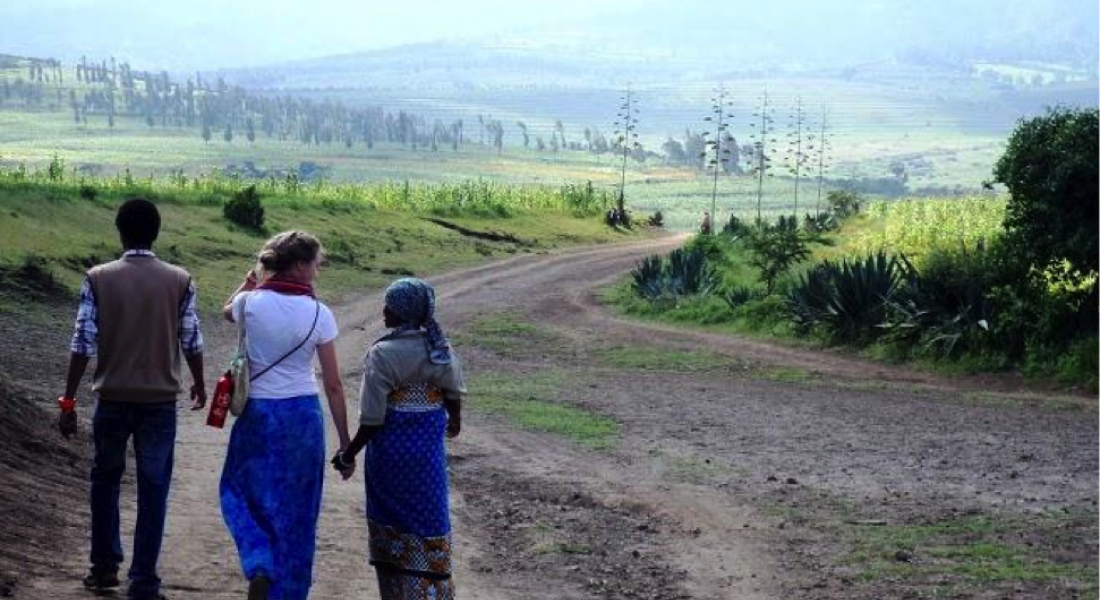 Reineccius first became involved in international development after taking a freshman seminar on African politics with Rev. Robert Dowd, CSC. Interested in exploring the application of architecture beyond the buildings, she decided to join the IDS minor in its inaugural year. “I wanted to think of architecture as more than a building, and of myself as more than an architect. I wanted to use my set of skills to help others,” she said. Reineccius added that the disciplines of architecture and international development are becoming increasingly interrelated since urbanization has created the need for good spaces as an alternative to slums. “Architects should get down to the human level and think about what makes a dignified space, not just a habitable space,” she said.

After her first summer teaching English in a rural village outside of Arusha, Tanzania, Reineccius returned to the village the following year to conduct research about the community’s definition of their built environment and its impact on their lives. Then, last summer, Reineccius went to Zanzibar, a UNESCO World Heritage Site in Tanzania, to investigate how the site’s focus on architecture has encouraged the economic flourishing of the city.

To others who are interested in applying their own academic discipline to international development, Reineccius advises students to “Go for it. The Kellogg Institute is all about students taking initiative. It takes a lot of work but there are huge benefits and people along the way who will help you if you ask.” Several professors helped Reineccius with her own study of international development. Faculty Fellow Jaimie Bleck and two other architecture professors advised Reineccius’s field research. Additionally, Faculty Fellow and director of the Ford Program, Rev. Robert Dowd, CSC, guided Reineccius and other students of the IDS minor through the writing of their capstone essays.

However, some of Reineccius’s favorite experiences in the minor were taking the International Development in Practice I & II courses with Steve Reifenberg, Executive Director of the Kellogg Institute. “The classes put together what we learned about development into a real project. It was the best example of translating theory into practice that I have encountered,” she said.

Reineccius has also had the opportunity to engage with other scholars in international development by presenting her capstone project at conferences both within Notre Dame and nationally. “Having to defend what I researched and obtaining feedback from other scholars was eye-opening. Conducting dialogue with fellow professors and students is one of my favorite parts of international development,” she said.

While Reineccius is not sure where her passion for international development will take her in the future, she is sure that it will influence wherever her next path may lead.