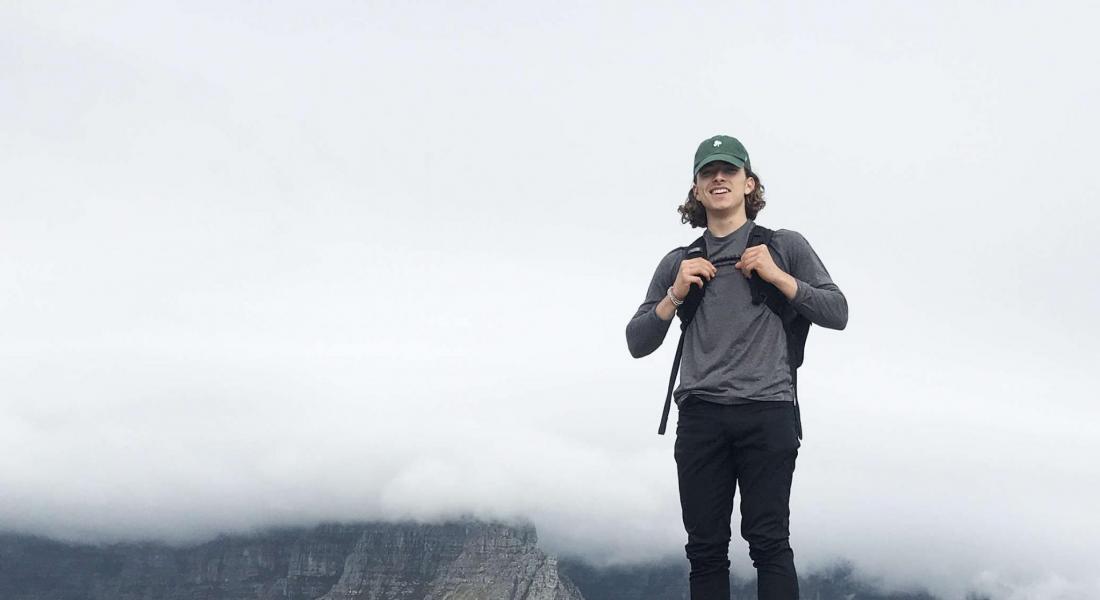 Kellogg International Scholar Sam Cannova 21’s affinity for problem solving has driven him to pursue a diverse range of experiences at Notre Dame.

It has inspired him to dive deep into classic texts, volunteer for a nonprofit in the South Bend community, and travel to South Africa to conduct research on hip-hop culture.

“There aren’t really direct lines between all of my experiences — except finding really fascinating problems and investigating how we can unravel them,” Cannova said.

Cannova entered Notre Dame intending to major in business but was inspired to try out some Program of Liberal Studies (PLS) classes after hearing about the experiences of other students in the program.

“I found that I was adding value and training myself to think critically in my PLS classes in a way that I hadn’t experienced in any of my other classes,” Cannova said.

He was also drawn to the collaborative nature of the PLS community.

“In discussion, everyone had a different perspective or found different things important in the reading, and we were all able to negotiate that in different ways,” he said.

Cannova declared a PLS major his sophomore year and decided to add a business economics minor to develop some tangible business skills. Seeking to gain an interdisciplinary perspective, Cannova also added a minor in philosophy, politics, and economics.

“Whether it’s reading through book after book for PLS or sampling electives for business economics or PPE, I love finding something fascinating and diving in,” he said. “And Notre Dame just serves up the chance to do that on so many different platters.”

The value of exploration
Cannova’s intellectual curiosity also led to his involvement in ISP and the Kellogg Institute for International Studies, part of the Keough School of Global Affairs.

While reading for a class during his first year, Cannova was struck by a footnote about American rap lyrics that were spray painted on walls in Cape Town, South Africa, during the last years of apartheid.

“I’ve always been really interested in hip-hop, especially more socially conscious rappers,” Cannova said. “I was fascinated by something that is so American suddenly popping up on the other side of the world in the same scenario of racially drawn oppression.”

Cannova partnered with Kellogg Faculty Fellow Ernest Morrell, the Coyle Professor of Literacy Education, and began to assist with Morrell’s research – and to conduct his own research inspired by the footnote he had stumbled upon.

In the summer after his sophomore year, Cannova received funding from the Kellogg Institute through an Experiencing the World Fellowship to spend a month in Cape Town examining the role that hip-hop culture has played in social discourse, leading up to and following the fall of apartheid in South Africa.

Although he touched down in Cape Town with very few contacts, he built up a social network by talking with organizations that use music for community development, visiting museums, and attending a hip-hop karaoke night where he met artists and individuals involved in the hip-hop scene.

While Cannova eventually built many strong connections with community members, he initially struggled with uncertainty about the value of his explorations.

“I checked in with my advisor a few days in, and he told me that walking around and getting a feel for the energy of the city is valuable in itself,” Cannova said. “He said to just keep a notebook and write down everything.”

Cannova took this advice to heart and continued examining both the affluent and struggling parts of the city and conducting valuable research that he will use to craft his senior thesis for his PLS major.

“One of the things I was struck by was how the long-standing structural problems of inequity and oppression are still there, just looking you in the face,” Cannova said. “My experience in Cape Town definitely made me more fascinated by economic and cultural development as a means of social empowerment.”

Drafting the right questions
Cannova also secured an internship in Dublin for two months in the summer after his sophomore year, before traveling to Cape Town for his research. And he had the opportunity to travel to Copenhagen over spring break in his junior year to research the problem of gender pay gaps and the legislation involved.

“I’m so impressed that Notre Dame is willing to place its students on the other side of the world with the trust that they’ll do something valuable and really get something out of it,” Cannova said.

On campus, he uses his analytical skills in his work with the Jubilee Initiative for Financial Inclusion (JIFFI), a student-run organization that seeks to offer an alternative to predatory lending by providing loans and financial planning tools to members of the South Bend community.

In the past, Cannova has worked in client services and now serves as the organization’s CEO.

After graduation, Cannova will join McKinsey & Company as a consultant in their Chicago office – and said his liberal arts education and diverse experiences have prepared him well for the business world.

“I think my training in Arts and Letters has empowered me to discern the right questions to ask and enabled me to figure out how to go about answering them,” Cannova said. “Focusing on drafting the right questions and pursuing those with independent and critical thought has taught me lifelong skills that will extend far beyond my time at Notre Dame.” 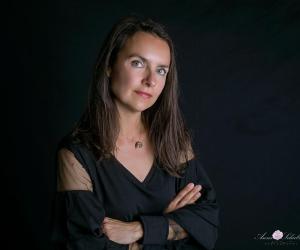 Emilia Justyna Powell Examines Muslim Communities in the US

Kellogg Faculty Fellow Emilia Justyna Powell is researching relationships between Muslims and non-Muslims in smaller American cities, with support from the Institute for Scholarship in the Liberal Arts (ISLA).