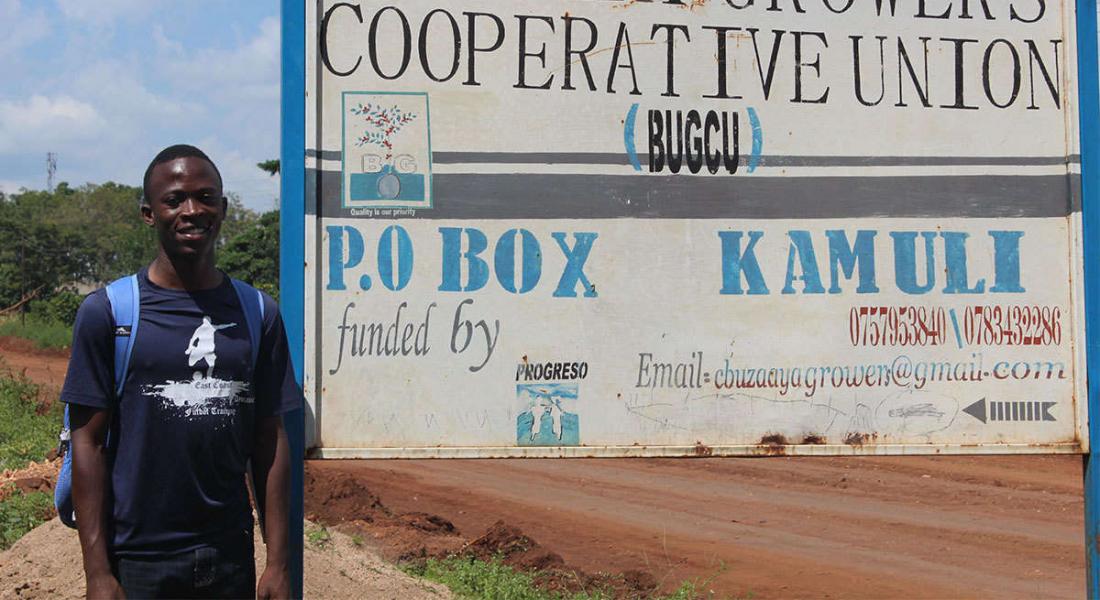 Whether he’s studying in Uganda or France, South Africa or South Bend – or speaking English, Luganda, French, or Swahili – Kellogg International Scholar Trevor Lwere has one topic at the forefront of his mind.

No matter where he is, he’s driven to investigate what different cultures and perspectives can teach each other about forming the best society.

“Every time I move to a different place, I get curious about how different societies imagine how they should be organized and how they approach life,” Lwere said. 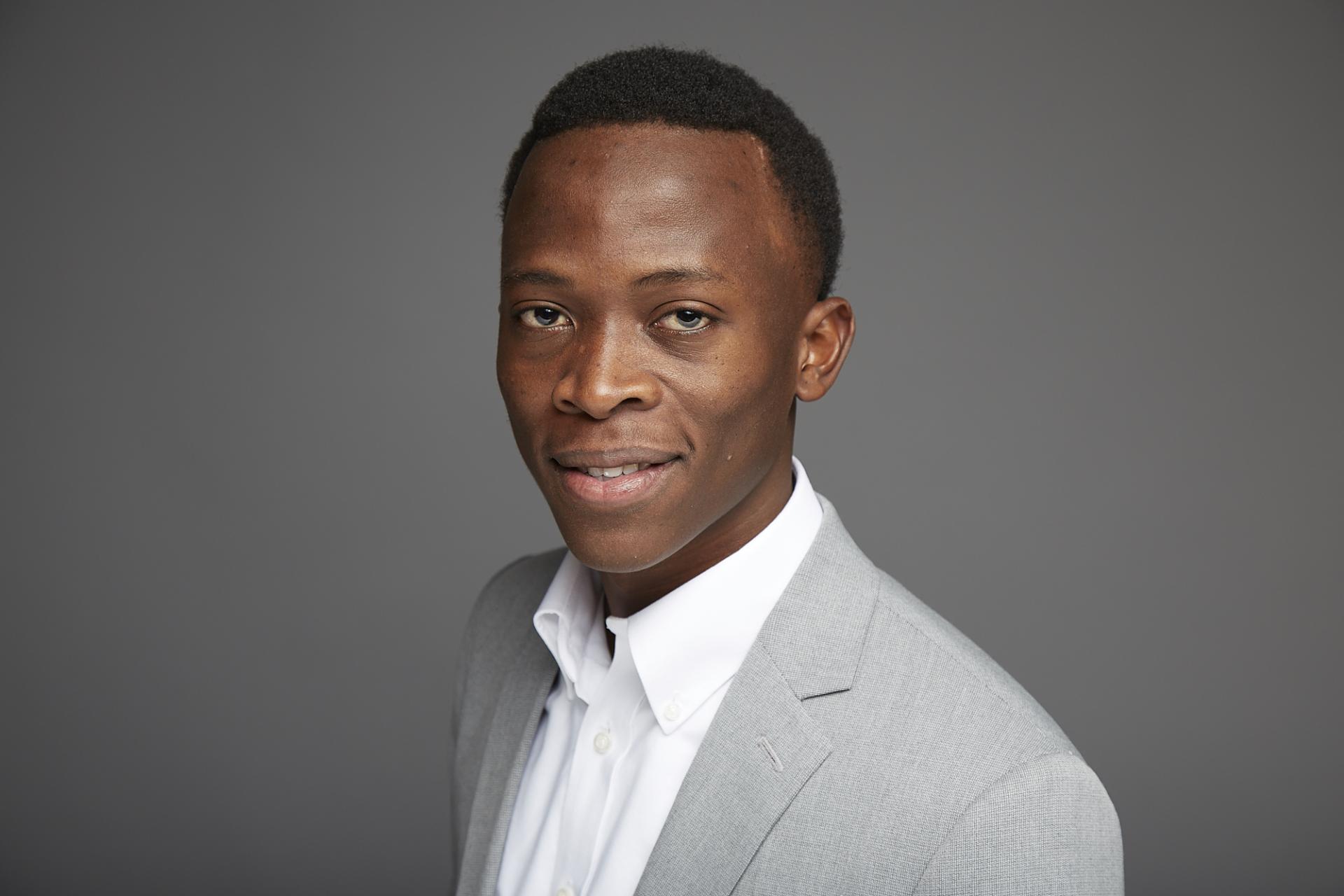 Lwere, a junior majoring in economics and global affairs, grew up in Kampala, Uganda, and spent two years of high school at the African Leadership Academy in Johannesburg, South Africa, where he first learned of Notre Dame.

Once he arrived on campus, his passion for social and economic issues led him to home in on two research projects based in Africa. He’s developed those ideas throughout his time at Notre Dame, and they will culminate next year in the capstone project for his global affairs supplementary major and his senior thesis for the Glynn Family Honors Program.

For one project, Lwere has been examining the evolving relationship between political parties and young people in Africa, especially the methods and strategies used to engage them.

Typically, he said, youth are used as pawns in the political process – mobilized for a particular cause or campaign, then abandoned or ignored once an election concludes. That is changing, however, as some political parties start to take youth on as significant partners, and Lwere is interested in knowing how that process is unfolding.

During the spring of his first year, Lwere received Glynn funding to travel to South Africa to interview youth leaders and political actors leading up to the South African general election in 2019. He is also studying efforts to organize and mobilize young people in Ghana before an election taking place there this December.

Through studying variations in youth political engagement across the continent, Lwere is hoping to find ways of making youth into more meaningful players in the political process – especially since, with a median age of 18, Africa is by far the continent with the youngest population.

“Being a young person myself, I am alive to the fact that if we want to rewrite the narrative of Africa and play our role in the emancipation of the African continent, then participation in politics is compulsory for us young people,” said Lwere, whose ISP advisor is Kellogg Faculty Fellow Jaimie Bleck, an associate professor of political science and concurrent faculty member in the Keough School of Global Affairs. “I think we must take serious interest in contributing to thinking about how our societies are organized.”

While working a job during high school in which he transported produce from rural Ugandan areas to Kampala, the nation’s capital, he realized how little farmers are paid compared to the intermediaries who resell those same goods to larger buyers.

Seeking to analyze the market structures contributing to that inequality, Lwere received funding from Glynn and the Hesburgh-Yusko Scholars Program to travel across Uganda and Kenya interviewing coffee farmers during the summer after his first year and the spring of his sophomore year. The more that farmers can remove intermediaries and sell directly to end buyers, he’s found, the more they benefit.

“I care a lot about economic justice because I think when someone has control of your economic well-being, they define your reality for you,” said Lwere. “Coming from a developing country, you become acutely aware of that in a very real sense.”

Language is a Gateway

Growing up, Lwere spoke English and Luganda, his mother tongue. When it came time to pick a foreign language to study at Notre Dame, French was the natural choice because of its importance in Africa, where he hopes to work after completing his education.

“Africa is very close to my heart, and I want to work across the continent,” Lwere said. “French is spoken by well over a third of the population of Africa. It’s a gateway into the minds and way of life of that part of the continent.” 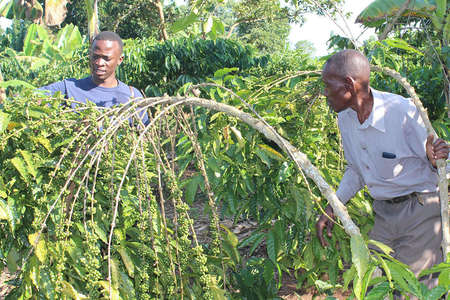 Lwere rapidly advanced his French comprehension by spending six weeks at Institut de Touraine in France as part of the Summer Language Abroad immersion program funded by the Center for the Study of Languages and Cultures. He’s now achieved intermediate proficiency in French and has started studying Swahli, which is also spoken by a sizable population of Africa.

“I’m trying to cast my net wide by learning these separate languages, and communication will be key to better understanding the people I hope to serve and work amongst,” Lwere said.

Lwere, currently serving as president of the African Students Association, also has a minor in philosophy, politics, and economics, which he’s found to be a strong complement to his social science-focused research.

“The philosophy anchor of PPE asks broader questions – where economics may focus more on systems of production and distribution, philosophy and political science ask more broadly how we should organize society as a whole,” Lwere said. “That helps me to step out from having my head buried in the quantitative theories and formulas of economics and look at things more broadly.

Lwere has presented his research findings at the student-led Human Development Conference (HDC), sponsored by the Ford Program for Human Development Studies and Solidarity and the Kellogg Institute. Last year and this year again, he has been active in organizing the HDC as well, leading the Abstracts Committee in reviewing submissions for the conference

Lwere, who is considering attending graduate school, is grateful for the way a broad Arts & Letters education has furthered his passion for knowledge and learning. As someone keenly interested in exploring the way societal structures impact individuals, the liberal arts have helped him better utilize data – and understand the people behind the numbers.

“There’s a huge emphasis on quantitative thinking, but Arts and Letters challenges us to pay attention to qualitative thinking as well,” he said. “When we talk about questions of development, we can count how much we have in GDP or per capita income. It’s a whole different story for us to have conversations about what that means for a human being who is much more than just a statistic.”