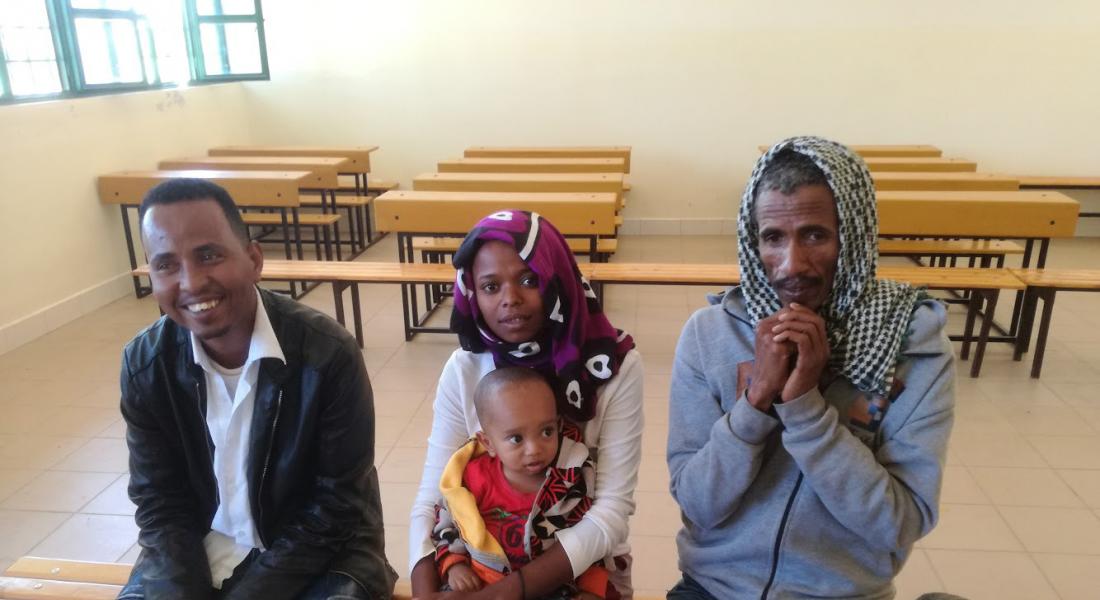 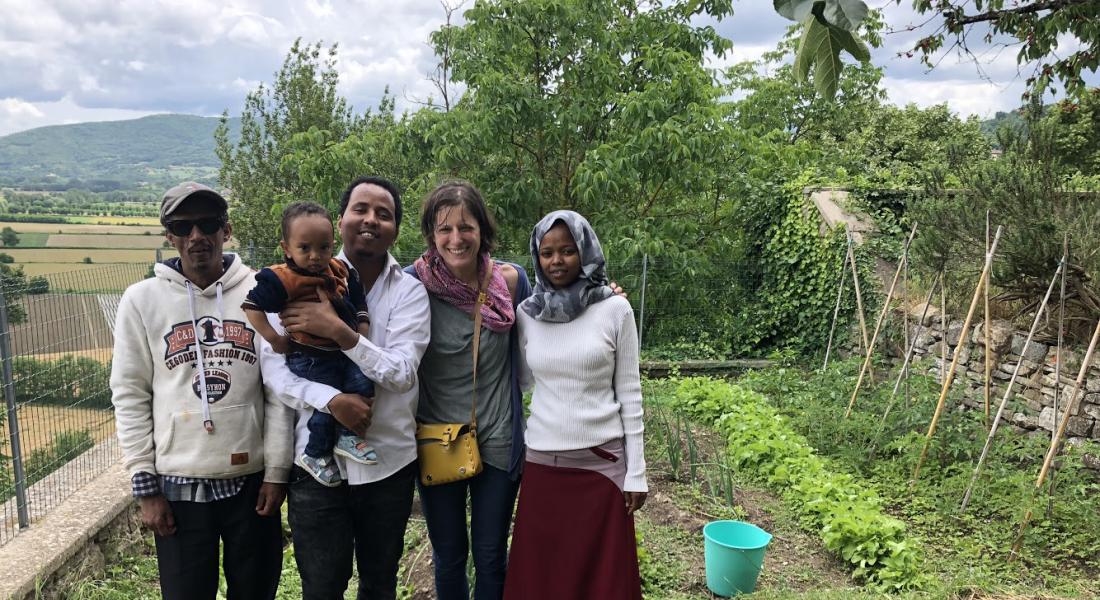 In February 2018, I visited refugee camps in Ethiopia’s Tigrai and Gambela regions. It was the first time I had encountered what I can only describe as an open-sky limbo – places were people appeared to be physically safe but were struggling with the uncertainty of the future and the wounds of the past. A few days later, I met Kaleb (whose name I’ve changed for his protection) and his family in Addis Ababa (pictured above as they waited for their flights to Italy with others from the refugee camps). I traveled with them.

That trip was the start of my journey with the Ford Program’s Humanitarian Corridor research project, which, with Ford Program Acting Director Clemens Sedmak, studies the effects of a government-sponsored program in Italy that provide refugees with a safe and legal path for migration. Several prominent religious organizations within the country – Caritas Italy, the Catholic Bishops Conference, and the Community of Sant’Egidio – are partnering with the government to help some of the most vulnerable refugees make the journey. Most are from Eritrea, South Sudan, and Somalia and are living in Ethiopian camps.

The Ford Program, with the support of a major grant from the Luce Foundation, is evaluating the effects of this initiative, which practices a new system of community-based, private sponsorship called accompaniment. Caritas Italy has adopted this personalized approach, which entails working with a host community to receive a family or small group of refugees, regardless of their religious affiliation, for at least one year – like Kaleb and his family.

They were welcomed in a small town in Tuscany by a monastery of nuns, a group of volunteers, and residents. When I visited them a few months after their arrival, Kaleb took me to a garden where he was growing vegetables (pictured below). This March, he started working on a farm through a temporary contract. His wife and the nuns have begun a friendship. Their story speaks to the power of accompaniment as a major element in integration, the role of faith-based communities, and the role of faith. Kaleb’s story has much to teach us. I can’t wait to visit him again.