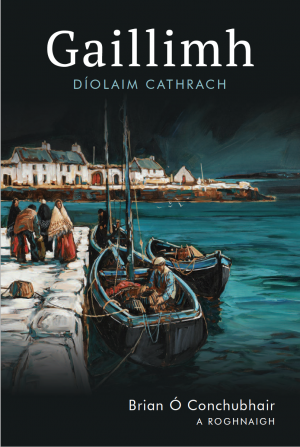 Faculty Fellow Brian Ó Conchubhair (Irish language and literature) is the author of a new book, Gaillimh: Díolaim Cathrach (Cló lar-Chonnacht, 2020). The book is an anthology of over 400 pages containing poems, short stories, and extracts from novels that feature Galway. They range in time from the Middle Ages through the Famine, the War of Independence, the Free State, urbanization, and up to the present day.  The book is a celebration of Galway City and its naming as the 2020 European Capital of Culture.

Conchubhair comments, "The Irish-language and Irish-language literature is a central facet of Galway City’s history, heritage, and identity. Galway was and remains the capital of Irish-speaking Ireland and the most likely urban setting in which to hear native-speakers conversing in their first language. Galway is also home to Taibhdhearc na Gaeilge, the National Irish-language theatre. Douglas Hyde, Ireland’s first president (he visited Notre Dame in 1906), remarked that Galway ‘brings us, as no other city can, into touch with the history of our native land.’"