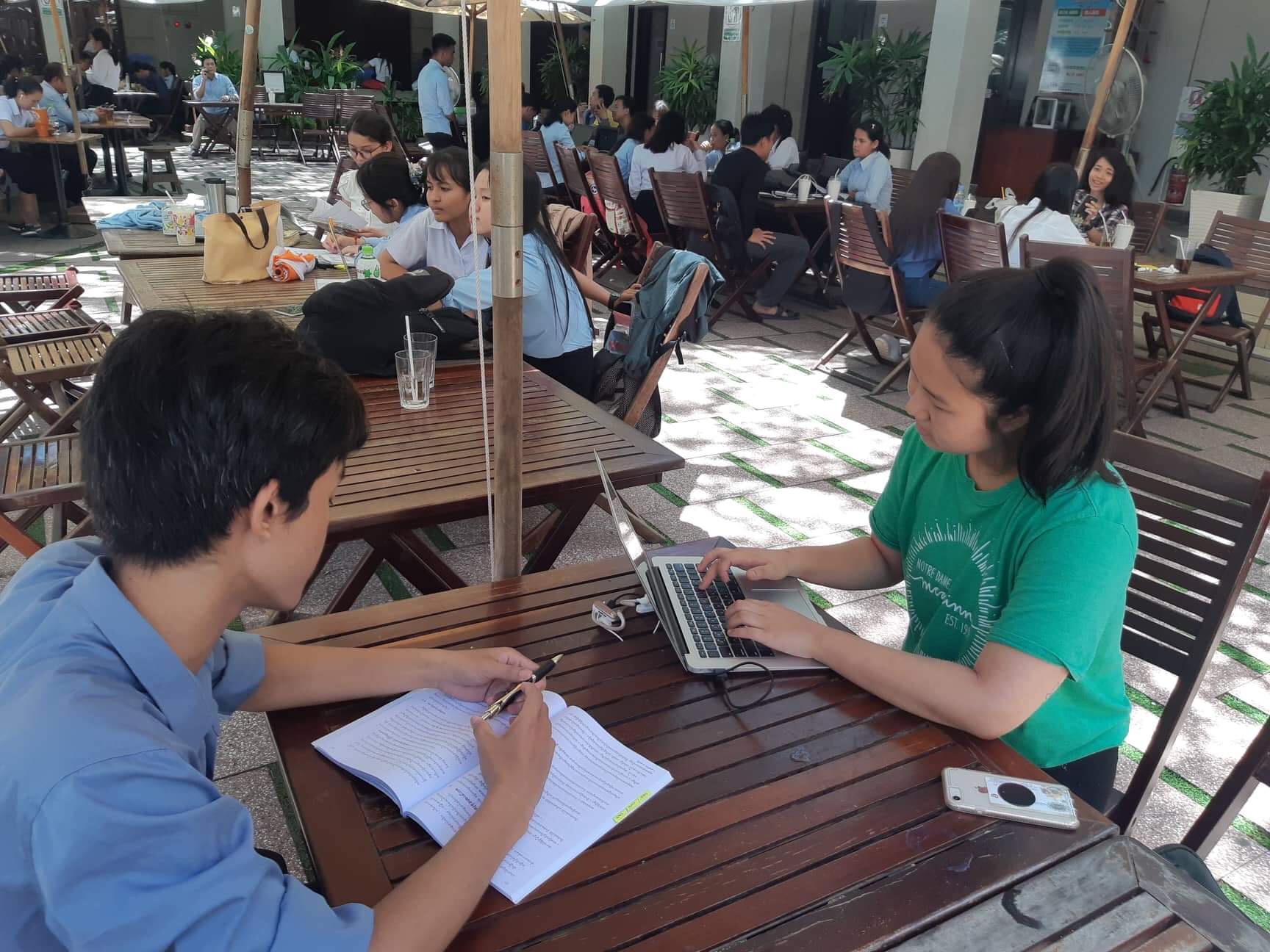 My research, initially, aimed to examine the influence civic education had on students’ political behavior and value. Cambodia’s unique context of teaching liberal democratic ideals despite its current authoritarian political environment made it an interesting case study for exploring the impact civic education could have on delivering liberal democratic ideals. During the first two weeks, I interviewed several college students and visited local NGOS such as UNDP and UNESCO to gain a better understanding of the civic education curriculum, the pedagogy used to teach this curriculum, and the influence of the curriculum on students.

One major challenge was creating an environment where students felt comfortable sharing their experiences and thoughts. Because politics-related subjects are highly sensitive in Cambodia, I knew that creating a safe and comfortable environment was critical for getting in-depth responses. Professor Hughes and I had many discussion on ways to create this environment such as taking notes on the students’ responses rather than voice recording, avoiding lunch hours since the cafes would be crowded, and creating a casual relationship before the interview. Although I tried my best to follow all of these steps, it took me a couple of interviews to really understand how to make the students feel comfortable mainly due to my inexperience of being an interviewer. At first, I was focused on answering all of the questions on my interview sheet, but because my attention was geared towards these questions, I did not pay enough attention to how the students felt about the questions. I tried my best afterwards to pick up on body cues and facial expressions when I asked certain questions. After making this effort, I was able to figure out ways to frame my questions in a way that not only produced more in-depth and honest responses, but also prioritized the students’ comfort. This challenge helped me develop my own strategies for creating a positive and comfortable interviewer-interviewee relationship and realize that quality conversations can come out from this type of relationship.

As I became more comfortable with conducting interviews, I faced another challenge of placing my research question into Cambodia’s cultural context. I started to doubt the relevance of my output variables, political values and behaviors, because the most active responses that I was receiving from students dealt more with their role as citizens and their contribution to the social development of their society. I realized that the students focused more on these points rather than their political values and behaviors because they believed that social development was an important aspect of economic development. After making these observations, I talked to Professor Hughes and Dr. Phriom Leng about these findings, and I came to the conclusion that it may be more worthwhile to focus on “good citizenship” as the output because I can still include political values while also expanding the definition to include factors such as how students view their role in society.

After shifting the focus of my research, I was able to find themes within the interview responses that showed that many of the students’ idea of citizenship revolved around self-improvement. Some of the students believed that being a good citizen was about working hard and getting a job to help the economy, while others stated that being a good citizen was about continuously educating themselves to later spread their knowledge. Most of these students reported that working on the self was an important underlying character trait for becoming a good citizen, and many of them stated that the moral and philosophy section of the civic curriculum was the more impactful part of their education.

The focus on self-improvement made a lot more sense once I delved deeper into the textbook translations because a decent chunk of the civic education textbooks from grade 7-12 focused on moral values, Buddhist beliefs on human behavior, safety and health, family, and friendship. All of these sections comprehensively laid out the individual’s obligation to model moral behaviors in different contexts and taking care of oneself for the betterment of society. Also, Cambodia’s curriculum framework of general education and technical education shows that the government places a great amount of focus on self-responsibility and accountability, so their civic textbook curriculum reflects these values heavily.

Although the views and beliefs of the students reflect the civic education curriculum, it is hard to conclude that the curriculum was the main source of influence because almost all the students reported that they felt as if their civic education classes were ineffective. This was mainly because of the pedagogy used to deliver the content of the material. Students stated that most teachers used the “chalk and talk” method and classes were memorization based. Most classes rarely fostered discussions and were structured around the textbook, which most students did not enjoy. As the material became harder to understand, students reported that they felt like they did not learn anything because the textbook explanations were not enough, and the few students who reported positive feelings towards their civic education class stated that they enjoyed the class because the teacher brought in examples outside of the text. Because of the pedagogical methods used in some Cambodian classrooms, it is hard to measure how much of the influence came from family, friends, and community and how much of it came from the classroom.

My research experience in Cambodia was filled with challenges and drawing conclusions proved to be more difficult than I anticipated. The challenges helped me learn more about my position as a researcher in a foreign country as well as the behavior that I should exhibit to show that I prioritize the comfort of the local people. They also taught me that research requires a great amount of flexibility and open-mindedness. I thought I had a good idea of Cambodia’s cultural context since I had been there before, but I realized that the cultural context of a country is so complex that there is always something new to learn, and these new lessons can at times alter the research question to have more relevance in that specific context. Moving forward, I plan to read more qualitative-based studies to see how scholars have used interview type methods to come to meaningful conclusions and to do a more in-depth literature review on articles that deal with civic education and citizenship. I believe the interviews that I collected have valuable stories and data that I want to accurately represent in my senior thesis paper. Through consistent collaboration and help from Professor Hughes, I hope to present a paper that captures the reasoning behind Cambodia’s civic education curriculum as well as its influence, or the lack thereof, on its student population. 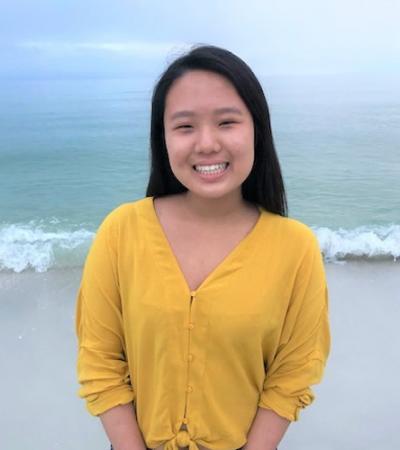