Assessing the Motivations of Workers at Think Tanks in Ecuador

Determining the Motivations of Employees at Think Tanks in Ecuador

This summer, I conducted interviews with employees at think tanks in Quito and Guayaquil, Ecuador in order to determine their motivations for working there. Ample research has been conducted regarding think tank employee’s motivations in the United States, but there is very little regarding the same subject in Ecuador. In the U.S. major motivations are career advancement and party identification. I hypothesized that in Ecuador these would not be equally motivating forces and that instead more general goals, such as providing more transparency in politics, would be present.  In Ecuador the think tanks are very small and have neither the media presence nor influence that U.S. think tanks enjoy. Thus, I hypothesized that those with jobs at think tanks in Ecuador were not motivated to work there by career advancement and ambition. Political parties in Ecuador are very weak, numerous, and often do not have a clear platform. Consequently, I assumed that party identification could not be a major motivation. Instead, my prior research of existing literature lead to suspect that the workers were more motivated by a genuine desire to see change in their country’s political system. In order to determine the motivations, I conducted interviews with employees at four of the most influential think tanks in Ecuador.

My hypotheses were proved largely correct, however, my interviews showed me that the motivations are more nuanced than I expected. While party identification itself was not a motivator, some interviewees reported being motivated by a desire to advance policies of the right or the left respectively. For example, one interviewee expressed his initial motivation to work at Instituto Ecuatoriano de Economía Política (IEEP) was to promote free-market policies. On the other hand, at Grupo FARO, one of the interviewees was motivated by a desire to promote left-leaning policies. So, while party identification was not a motivator, political ideology was.

One of my most interesting interviews in Guayaquil was with a former employee of IEEP. When I asked how she originally became interested in working for IEEP, she traced it back to her original interest in libertarianism. She cited both Anthemand Atlas Shruggedas major inspirations. Having read these books myself, I found this very interesting. Next, she became involved in Students for Liberty which allowed her to create a network with others who thought similarly. Through that she found IEEP, interned there, and then worked there full time. This interview further confirmed my hypothesis that many employee’s motivation isideology based, but not party identification based.

Though strictly speaking my research was conducted via interview, simple observations proved to be very useful as well. At IEEP, located in Guayaquil Ecuador, I conducted four interviews. Though they are the most prominent think tank in Guayaquil, there staff is quite small, with approximately ten employees. The interviews were conducted at their office, so I was able to observe that excluding the director, the staff was composed of very young adults, by appearances most were in their twenties. I found this an encouraging sign because if think tanks are attracting young people to the field, this will likely result in the growth of think tanks across Ecuador. It also speaks to the success of the educational programs that IEEP holds. Three of the four interviewees indicated that the educational programs and seminars that IEEP offers were a primary reason for their original interest in working there.

As I conducted my research, I found that adaptation is very important in the field. After each interview I adapted my questions slightly according to what worked well in the previous interview. I became increasingly comfortable with my questions and was able to make the interviews more conversational as time passed. If an answer naturally led in a different direction than my script, I could follow that direction without losing the focus of the interview. This made the conversations flow more naturally and made the interviewees more comfortable. One addition I made to my interview script was a question regarding the recent presidential election. I added this question after an interviewee spoke to me at length about this event, making me realize that an individual’s reactions to that election could help me understand where they fall ideologically, even if they don’t align with a specific political party.

Another adaptation I made in the field was to broaden the scope of research to include more organizations. I made my original decision based on the Global Go To Think Tank Index Report that is published by the University of Pennsylvania. However, I wrote my proposal in the fall semester of 2017, so I was referencing the 2017 report. While in the field I found that the 2018 report included additional think tanks. I reached out to these organizations. Additionally, some of my interviewees offered to put me in contact with organizations that I was not previously aware of. This allowed me to get a broader range of interviews.

In two interesting interviews at Grupo FARO I learned that the organization welcomes employees from a broad range of the political spectrum. During my interviews with two employees, I learned that they lean right in their political views despite the fact that the majority of the organization leans left in their political views. Both of these interviewees emphasized how comfortable they feel expressing their personal political views at Grupo FARO despite the fact that they have a different perspective. They spoke about how healthy the environment is there for respectful dialogue between people with ideologically different political views.

I found this extremely interesting that a think tank could have a wide enough purpose so as to attract employees from both the left and the right of the political spectrum. I think this is a rare thing, as most think tanks in the US are homogeneously all republicans or all democrats. Additionally, this finding re-emphasized the lack of party identification as a motivating force.

Another organization where I conducted interviews was Fundación Ecuador Libre. This organization was very distinct from the others due to its close association to a specific political party, having been founded by Guillermo Lasso, the runner up in the recent presidential election. Due to this connection, they have much more influence and power than the other organizations I spoke to. Due to the unique nature of this organization, the motivations of the employees were more based on party identification and ambition than the other think tanks. Fundación Ecuador Libre is the only think tank of this nature in Ecuador currently, so my interviews there do not reflect the character of think tanks in Ecuador as a whole.

In almost every interview I conducted, when I asked outright what motivated the employee’s decision to work at a think tank, the response was that they truly desired to make a difference in their country by improving the political processes. Often this was expressed in an ideologically right or left way, but across the board their desire to create positive change was genuine. Rather than merely taking the job to advance their own political career or make connection within their party, they truly desired to better their society. This and the presence of many young people in the field made me very hopeful about the increasing positive influence of think tanks in Ecuador. 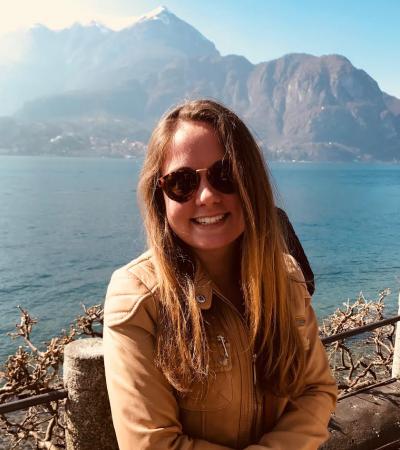