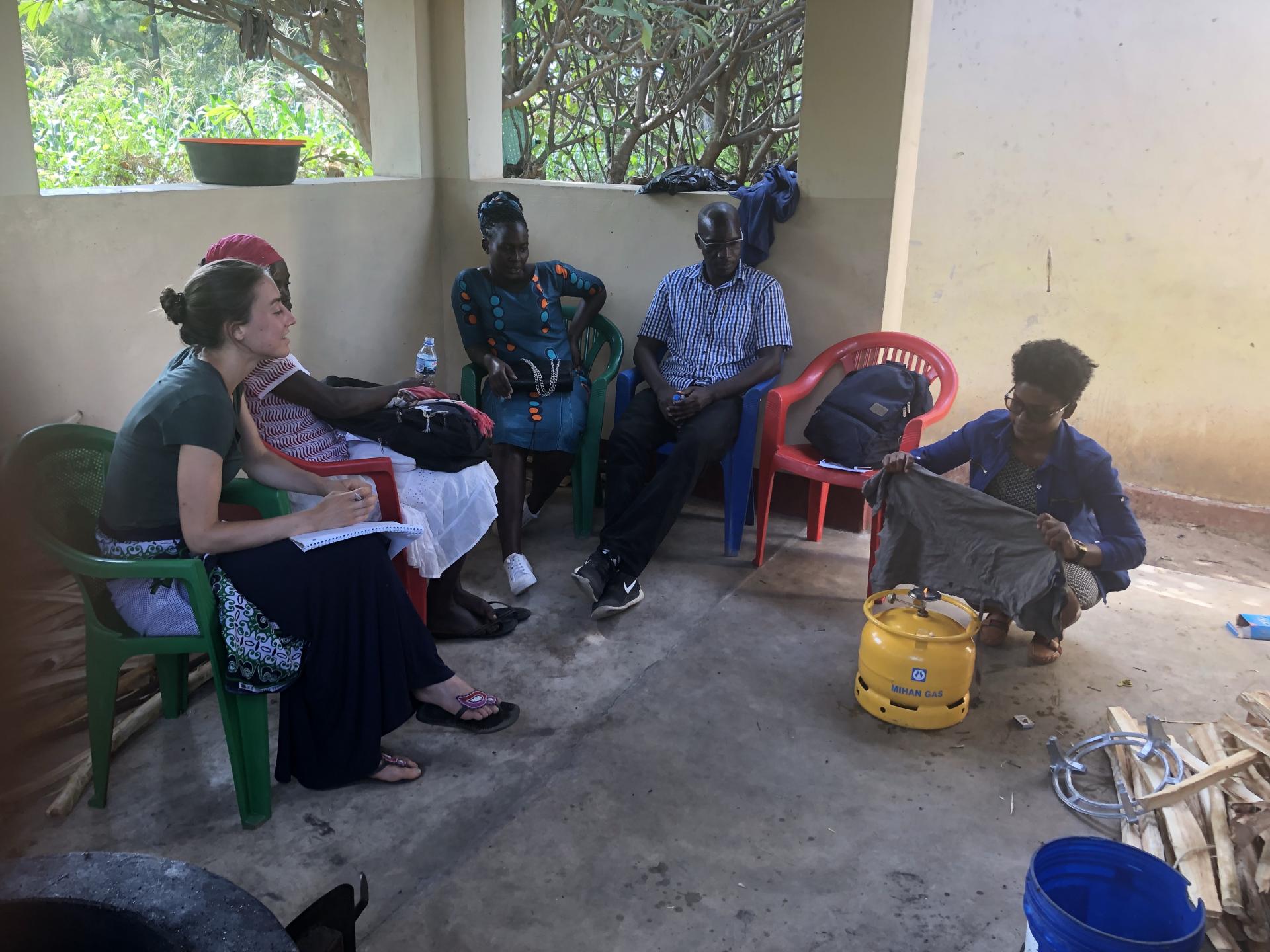 “Each time you visit, we gain strength from that. To refill. To continue on” Bibi Matunda said at a focus group with a few other families in the Community Technology Worker Pilot. The barriers to transitioning families to clean cooking fuels do not only include economic concerns, but also have behavioral aspects. My research project, “Pilot of Community Technology Workers in Shirati, Tanzania” investigates whether or not the presence of a locally trained expert checking in on families, a Community Tech Worker (CTW), would be feasible and effective at increasing technology adoption.

As an environmental engineering major and international development studies minor, I am interested in studying how to create pathways for renewable energy infrastructure and options for households to improve their health, ease the burden of cooking and collecting firewood, and maintain the environment. Therefore during the summer of 2017, I conducted over 200 household surveys in Shirati to gauge the energy landscape in rural Tanzania and understand the barriers to technology adoption.

During this time, I recognized the analogies between weak technology and health infrastructure. Despite the existence of established and proven interventions to improve health, often the health systems are too weak and fragmented to scale up these interventions (Haines 2012). This weak infrastructure, the high cost of training doctors and health professionals, and the shortage of over four million health professionals (USAID 2012), presented a need for a local intermediary to fill this health care void. The Community Health Worker (CHW) was implemented at the village level to provide individual care that was both effective, culturally appropriate, and cost effective. The World Health Organization (WHO) defines CHWs as “members of the communities where they work, should be selected by the communities, should be answerable to the communities fortheir activities, should be supported by the health system, but not necessarily a part of theorganization, and have shorter training than professional workers” (Lehmann 2007).

The WHO found that CHWs can increase community development and access to health services (Lehmann 2007). They also must be carefully selected and continuously supported (Lehmann 2007). In the past, poor planning and unrealistic goals have undermined the credibility of the intervention (Lehmann 2007). Finally, the WHO found that the CHW program must be fully supported by the community in order to be effective (Lehmann 2007). Technology infrastructure is equally as fragmented and weak as the health systems in many developing countries. Using the health system experience as an analogy, I wanted to investigate if there was thus a potential role for a community worker for technology. In order to evaluate if this would be feasible, I worked with a local nonprofit, ReachShirati, to identify two trusted community members from two of the villages I surveyed the year before, Kubwana and Michire. Nayome and Mary, my Community Technology Workers, and I drafted contracts that both parties agreed to and signed my first week in Shirati.

Also within the first week, I organized for the regional manager of Mihan Gas Company, the local gas stove provider, to come to Shirati and train the Community Technology Workers. I also ordered a shipment of 32 gas stoves to be delivered by the second week. The following week, we started household selection in which we randomly selected 15 houses from the villages we surveyed last year. We conducted initial energy surveys (the same survey as the prior year) to compare the households to the data collected last year and to investigate if they had purchased gas. We then explained the program, asked if they would like to participate, and gained Institutional Review Board (IRB) consent from each household.

Once these steps were taken with 30 families, we returned the following week to teach the family how to properly use the stove and deliver their first cylinder, which the program supplied. I prepared materials to leave with the family that they could refer back to, regarding safety and proper use, that were both visual and written. Following these initial household visits, the Community Technology Worker and I returned the following week to check-in with the families. I went with the Community Technology Worker on these first few check-in visits, but once the CTW felt comfortable with the new survey and understood how to properly conduct this work, I stopped going as the project would have to continue once I returned to the United States and I did not want the survey to be skewed due to the presence of an outsider. The Community Technology Workers continued visiting each family each week (which they are still doing). I then went with my translator to each household to interview the family regarding their initial visit. Following these interviews, I also conducted a focus group with a handful of the families to discuss the barriers to gas adoption and program improvements. The research slowed as we allowed time for the families to start cooking!

In the third week after initial household visits, I was walking home when a young boy from one of our families stopped me to tell me that “Gesi imeisha,” or the gas ran out. I froze. I told him that Nayome, his CTW, and I would stop by and discuss. I was terrified. This was the make it or break it point of project. Local infrastructure and behavior change were irrelevant issues if the families could not afford to refill. However, Nayome and I met with the family and they refilled. Every family has refilled! Families are still using firewood and charcoal occasionally for certain food especially beans and makande (a mixture of beans and corn). However, the CTW is still working to reinforce that the family can use gas for these foods through tactics such as soaking the beans for hours before. Families are saving for their next cylinder and refilling.

In the weeks following stove distribution, I conducted post-initial visit interviews with each family, conducted a focus group, and ensured the program’s sustainability. The focus group, with five families, led to our understanding that a lot of families were using firewood to boil water and the reasons that they preferred to not use water guard (a water disinfectant), which a local nonprofit, provides. We learned why families do not like water guard and discussed ways around the smell it produces. Additionally, the focus group allowed families to share ideas on making beans and other dishes with gas. The families also expressed interest in obtaining medical information about the harmfulness of firewood and charcoal. Based on this feedback, I made program adjustments which included providing water guard to all the families (who know knew how to use it without having the smell that they disliked) and preparing medical information for the families.

The main research question was if the presence of a CTW increases technology adoption specifically with regard to gas stoves, and what are the benefits and drawbacks of the CTW method. Behavior change is not something that one can measure in two months, but preliminary findings have found that every family is refilling and using gas to prepare every meal. This research was successful in finding the benefits, challenges, and drawbacks of the program. Besides the benefits of technology adoption, the program received positive feedback through narratives in interviews and focus groups. One woman said that the teachings “…were very good. The CTW taught me very well. She is becoming like a friend to me. [The CTW] has done a good thing here.” Another woman said that, “each time you visit, you give me the strength to refill.” An ad hoc benefit of this project is the community and support group that it has created between the CTWs and the families in the program. The challenges of the program include following families if they move or often travel for family events. Additionally, burners are built out of very thin metal and often break. The initial shipment of burners from the supplier, Mihan Gas Company, was damaged from transport. Another challenge is to record surveys. The CTW had smart phones, but electricity is limited in Shirati and the quality of the smart phones leads them to break frequently. The research was conducted through Qualtrics, which required an offline application to upload. Additionally, the CTWs had their own family requirements, schedules and emergencies that the program had to handle. For instance, one of the CTW’s children contracted very serious malaria. Obviously, she was not expected to work, but we had to edit the contracts to set guidelines for emergencies and covering the work. These challenges provided opportunities for the program to gain resiliency and increase a sense of community. The other CTW and I came and visited the hospital for both days that the CTW’s child was admitted and even some families had heard and stopped by. My host family even insisted on coming to visit.

This research project’s goal was to investigate the feasibility of implementing a Community Technology Worker Program to encourage gas stove adoption. The program has been preliminarily proven feasible, but I hope to publish these findings to encourage the discussion of its scalability and expansion in other contexts. With this research, I hope to further investigate the role of community development and infrastructure in technology adoption. This research is the basis for my capstone thesis in international development studies, and also informs my post-graduate degree and research.

I arrived in Shirati on Tuesday night. Wednesday morning, I met with my Community Technology Workers (CTWs) for the first time informally to discuss and explain the work I did last year with Linda. Both Linda and Fred came along. Thursday morning, the five of us met again, we went over the responsibilities, time commitment, etc. of being a Community Technology Worker. Thursday afternoon, I worked with Fred to create a contract for the CTWs. I sent it to Professor Sievers for approval. This morning Fred and I went over the contract with the CTWs and they signed to start work on Monday!

We have been in contact with the gas distributor and they are sending someone possibly tomorrow to conduct additional training with the CTWs. I have developed a training and I'm reaching out for further resources. We will conduct my training this coming week and work on household selection out of the households that we surveyed last summer from the villages that Mary and Nayome (CTWs) are from (Mshire and Kubwana).

Personally, I am so incredibly happy to be back in Shirati. I really have enjoyed the comforts and familiarity of returning to the same place. I am running again along my favorite road to Lake Victoria. I secured housing with the woman who cooked and cleaned for Luke and I last year. She lives right next to Dr. Chirangi, along the same road I lived last year, and a five minute walk from Fred's house.

I am very pleased with this move as I can really be immersed in Swahili (she does not speak any English). I have been pleased by my ability to communicate. My Swahili has really improved. A goal of mine for this year is to really work towards fluency. I have been reading Swahili literature and insisting that everyone speak to me in Swahili even if they know English. I know that living with Mama Randa instead of with English speakers will be a better situation. 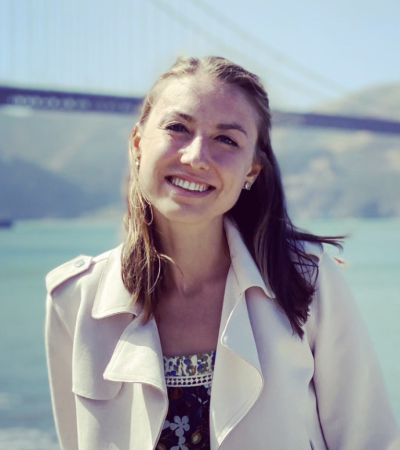