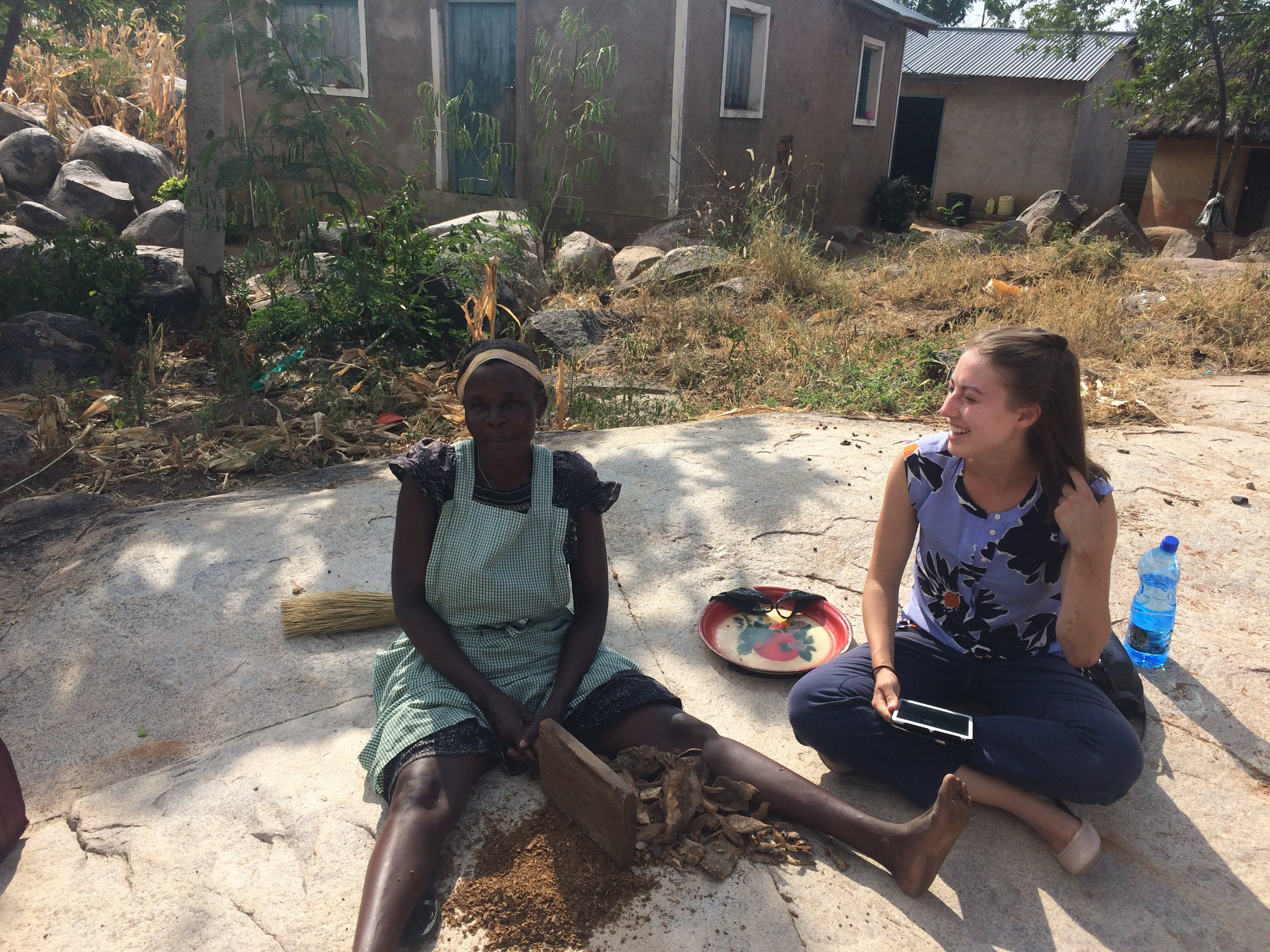 "Je, Umeme ni haja?"  "Ndio. Sana lakini sina." In my broken--but improving--  Swahili, I asked a woman whether or not electricity is a necessity. To which she responded, "Yes, very necessary, but I don't have it. To some, electricity may not be seen as a priority in international development, but after ten weeks in Tanzania, I realized how crucial it is to take the topics of electrification and clean cooking off the back burner.  My research project, "Renewable Energy Preferences in Shirati, Tanzania" consisted of household surveys to understand what families were currently using for cooking, for lighting, and other electrical needs. I also wanted to understand the cultural and social influences that shaped how women cooked and how families wanted electricity. The ten weeks I spent in Shirati, Tanzania helped me understand the energy landscape in rural East Africa and the barriers to rural electrification and improved cooking options.

As an environmental engineering major and international development minor, I am interested in studying how to create pathways for renewable energy infrastructure and options for households to improve their health, ease the burden of cooking and collecting firewood, and maintain the environment. The largest critique of engineering in international development is the lack of forethought into issues of culture and applicability of current western technology in different community settings. In 2010, Frontline reported on PlayPumps, an engineering innovation that connected a children’s merry go round to the pumping of water into a reservoir. Specifically in Mozambique, dozens of Play Plumps were not being used. The children did not want to play on the merry-go-round after the initial excitement and grown women ultimately had to “play” on the pump in order to obtain water for their families. This engineering “solution” was innovative, but lacked the forethought into what would be culturally appropriate or adopted in a Mozambique context (Stellar 1).

In order to appreciate the cultural implications of energy innovation in Shirati, Tanzania, I wanted to understand the current energy landscape, why women select their current sources of fuel for cooking and lighting, and what elements any renewable energy pathway would need to include in order to be adopted. I also wanted to know household's preferences for appliances- what do people want and need electricity for? Renewable energy must be matched for the power loads that families need and want for their households in order to safeguard the environment and ensure long term power sources.

In order to evaluate interests and the current energy landscape, I conducted surveys over ten weeks in four villages within Shirati, Tanzania in Rorya District within the Mara region of North West Tanzania. The first week, I adjusted to Shirati and coordinated with ReachShirati to find a translator and spend time in the communities that I would be surveying. Throughout weeks two through five, I surveyed Nyamagongo and Kubwana, conducting roughly 40 surveys in each village. My translator, Linda, and I would walk house to house (choosing every 4th home for randomization based on the village populations). We would be invited in, offered a chair, and welcomed to stay for tea after the survey. Linda would explain why a foreign student wanted to ask them questions about cooking. Once I had a grasp on the current energy situation, I held interviews with households we had surveyed to gauge preferences further. I moved on to Michire and Obwyere in weeks five through eight, improving the survey as I learned more about the specific village. Intermittently throughout the 10 weeks, I held key informant interviews with business owners, mechanics (who fix cookstoves and solar appliances), solar entrepreneurs, government counsellors, the Medical Director of Shirati Hospital, primary school directors, and gas sellers. I wanted to be sure to interview as many actors as possible with investment in the current energy system. In the last weeks of the project, I dove deeper into the interviews conducting five in each village that I had visited and wrapping up the key informant interviews. In total, I surveyed 187 households and conducted 20 interviews in the larger Shirati area.

Over the course of the project, I experienced several challenges, but also had many rewarding experiences. The largest challenge in pursuing this field project was definitely my place as an outsider, a muzungu. Having Linda Arot, a teacher at ReachShirati, the NGO who coordinated my project, with me during all surveys and interviews was crucial. Beyond the language barrier, Linda's presence gave me clout and respect within the community and the households seemed to trust us more.

Another challenge pursuing this field project was my inability to change the situation. In Nyamagongo, I found that 95% percent of women were using unimproved cookstoves (i.e. simply just burning firewood and charcoal). I would sit in these women's living rooms, kitchens, front yards, while they were cooking, asking them questions about their cooking, but could not actually offer anything tangible to assist the situation now. In regard to energy, when I told people I was studying electricity in households, they often responded "what are you studying? There isn't any." One of the most rewarding things was learning and finding the dignity associated with cooking and electricity. One woman told me that electricity was a necessity because she needs the light to go to the bathroom at night.  But the most challenging was finding that dignity and not being able to supply it myself in the moment. This challenge leads to the biggest reward though. This experience informed me on the current energy situation in a community, in a region, that I want to continue working with, that I will not now abandon. This project was also an investment in my education, in my potential to empower communities, in my capacity to work in international development, and to work long-term in East Africa. This experience has richly rewarded my understanding of the local tribal culture, household structure and workings, the aspirations of the community members  and how these aspects relate to energy infrastructure.

In addition to having now a greater appreciation and understanding of the importance and dignity involved in cooking and electrification, I gained an understanding of the complexities of completing field work in international development. This is a crucial step for any undergraduate. Last summer, I completed an internship with the Foundation for Sustainable Development in Masaka, Uganda. The adjustment from a more structured internship to my own fieldwork project was hard, but I was able to complete the necessary background work, make the necessary contacts, design and conduct surveys, and am now analyzing the data collected. Fieldwork can be incredibly challenging and fraught with setbacks, but learning the steps and navigating the challenges--from political quagmires to language barriers and transportation logistics-- is a necessary and important step.

While the challenges of fuel choice and pathways for adoption of renewable technology in Shirati are still complex, this on-the-ground experience gave me insights that I could not have otherwise appreciated. There is a crucial benefit in sitting around the charcoal stove and having a Tanzanian woman explain that she would not use a gas stove to cook beans because the gas stoves do not produce the traditional smoky flavor. The intimate details and understanding of women's day to day struggles are often the missing link in development projects. Understanding the way in which beans cook may prove to be critical in overcoming the lack of improved cookstoves and health risks associated with indoor air pollution.

In conclusion, through this project, I have gained both technical expertise and community insights. I learned about household selection and statistical analysis of data, how to make a survey, what is a double contingent valuation, approaches to choice modeling, and fieldwork in practice.  After 187 surveys, I have sat in households, spoken with women, and learned from every single lived experience.  After ten weeks in Tanzania and five months total in East Africa,  I am not an expert in East Africa, or in Shirati, Tanzania. I visited a handful of villages and met with a small proportion of the population. However, I gained crucial insights into the households I did visit.  No household was the same, but common themes ran through the communities. This experience has built a firm foundation for future research, future relationships, and future development. Overall, this experience reinforced that electricity is a necessity, that it represents human dignity, and that it will take more than 10 weeks to understand and address, but I am ten weeks, multiple friendships and connections, and 203 households closer. 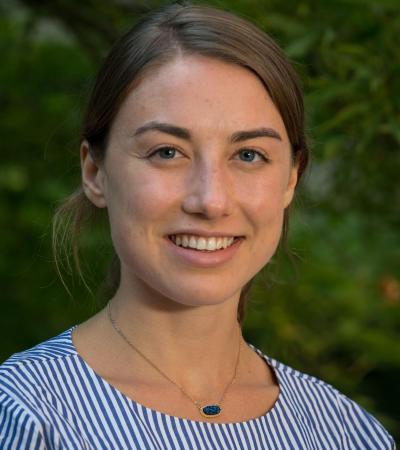