From Tradition to Malnutrition: An Application of the Food Choice Questionnaire to Improve Understanding of Food Choice in a Transitioning Accra, Ghana 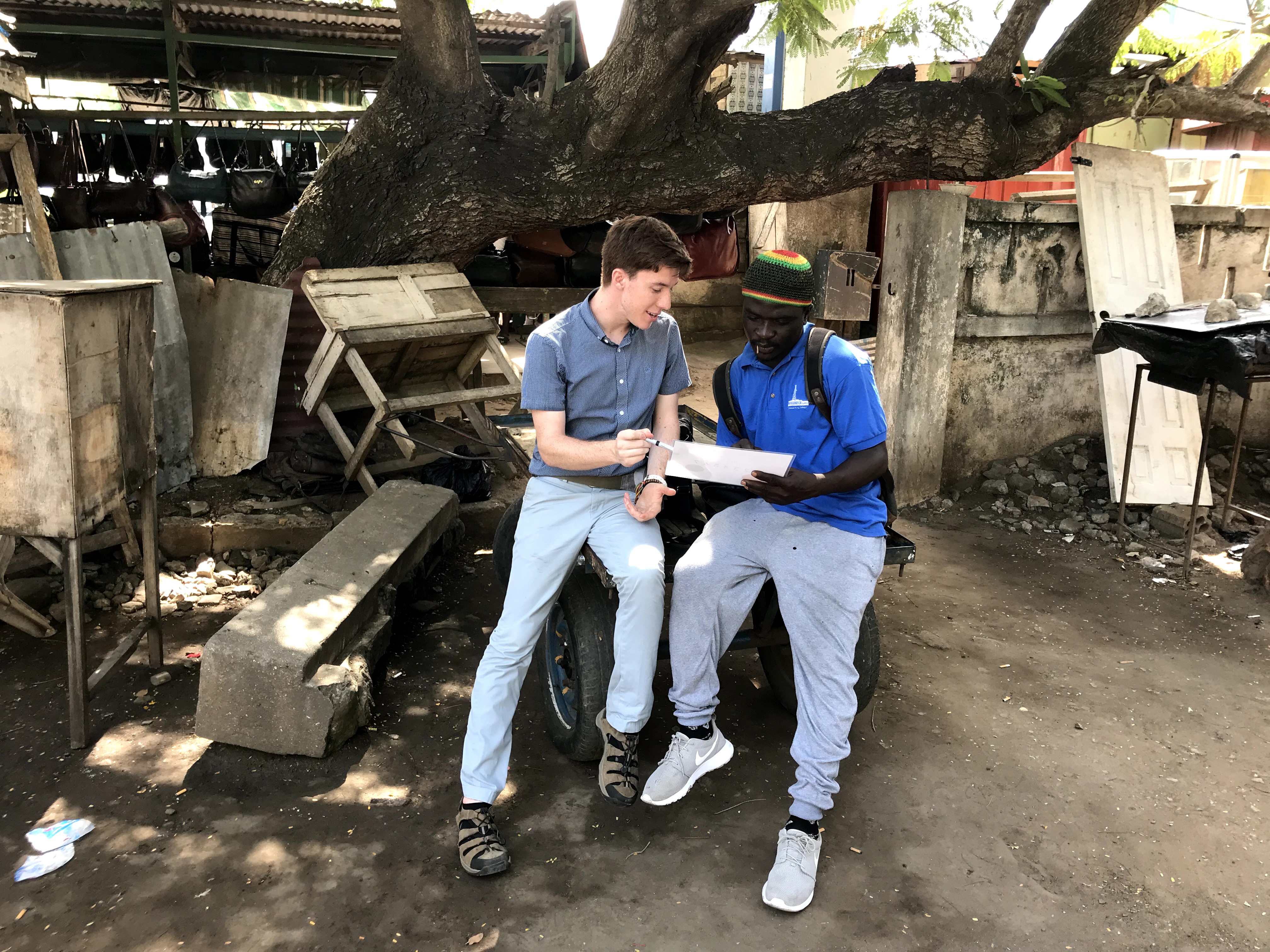 My first two weeks here in Accra have been a fantastic and eye-opening experience. It has not always been easy, but I welcome the challenge and want to get as much out of my time here as I can. After arriving, I spent my first few days touring around the city and adjusting to the differences in life and culture. I started by exploring the main attractions and landmarks of the city. I spent some time at Independence Square, the memorial of the first president, Kwame Nkrumah, and Jamestown, which was the major location of the British in Ghana during the era of colonization and slavery. These experiences were a great way to start my time in Ghana as I gained a better understanding of the culture and history of my new home.

After experiencing a brief introduction to Ghana, I began to work on starting my survey. I began to conduct pilot surveys with people at my hostel and got some great feedback on how to better word questions to properly express the questions I am trying to ask. This was a really productive tactic, and I feel much better now about my survey and the results that I hope to get from it.

After my first week, I began to feel comfortable exploring the city on my own and began approaching people for my surveys. The adjustments I made to some of the questions to make them easier to understand have made it much easier to conduct my research. So far, I have had really good reactions to asking if people would want to take part in my survey. I am very thankful for Professor McDonnell's methods class as it helped to prepare me for the somewhat awkward task of approaching people on the streets.

To benefit my surveys, I have also been making an effort to try and experience all of the different types of food that Ghana has to offer. What better way is there to study a foreign culture of food than to experience it first hand? I have been amazed at how great the food here is. There has yet to be something I have eaten here that I have not enjoyed. Even eating some meals with my hands instead of silverware was enjoyable once I got past the initial shock of putting my hands in soup. It has also proven to be very beneficial in my surveys, as many respondents so far have mentioned specific foods that they enjoy or have explained how certain foods have an impact on their overall food choice.

“A hungry man is not afree man.”
-Adlai E. Stevenson

Recent changes in production, and the exploitation of natural resources have led to some improvements in wealth and economy in Ghana, especially in the capital city of Accra. For many, the question of food has switched from, “What will I eat,” to “Where will I eat.” While poverty is still very prevalent in the country, many of the food deserts have been filled by rivers of fatty oils, and mountains of salt constructed and maintained by Western fast food companies. Many people of Ghana have been freed from hunger, but are on the verge of being recaptured by another, less visible evil.  In the past decade, obesity has risen by 650 percent, now affecting almost a fifth of the population of the country, and there has still been little recognition of this phenomenon.

During my time in Ghana, I surveyed and interviewed 46 Ghanaian people, completed ethnographic studies of six restaurants (half traditional / half western), and learned all about the cuisine of the Gold Coast.  My aim was to better understand the complex system of food choices in Ghana.  Simply, I wanted to understand why and how people interact with and choose the foods they eat.

Since my project involved face to face surveys and interviews, my research forced me to get out and interact with the people of Ghanaian community. Going into the project, I knew it was going to be somewhat uncomfortable at first to approach people, unable to hide my foreignness, andask for interviews. My first day in Accra was spent trying to build up the courage to walk up to strangers on the street. At first it was even more difficult than I had imagined to deal with the unknowns of how someone would react to a stranger’s request of 40 minutes of their time. Fortunately, once I began to do it, it became easier and by the end was second nature. The amazing people I met were very receptive, kind, and took time for me that would seem impossible by United States standards. The love for food held by the Ghanaian people was evident in every person I talked to, and perhaps made them open up more about their lives.  Itwas clear that food was more than just a means for survival, but rather a symbol of their culture, a statement of values, and an expression of who they are.

My confidence hit its stride near the end of my first week. It was my first time in the crowded market of a new neighborhood by myself, and I was a little apprehensive of approaching someone for my first interview.  There were people everywhere, all moving quickly like a blur around me.  I clutched my bag and started to build the courage to walk up to a woman selling watermelon, when suddenly, to my surprise, I felt a tap on my shoulder.  “Hello, my brother!” a friendly voice cried out, “Welcome home my brother!”  I spun around quickly to figure out who the mystery person was.  Before me stood a young Ghanaian man wearing a Jamaican flag colored sewn hat and a blue shirt. “I am Michael,” he said, “it is good to see another brother, I am glad to welcome you here to my home!”

What ensued was one of the most interesting conversations I have ever had in my life.  We talked for over an hour about howI found myself in Ghana, Michael’s twins that were just born, and then about my research. Michael was so intrigued by my work, that after our interview, he excitedly ran like a child on Christmas morning to show me around the town, introducing me to people to survey and interview. I am not exaggerating when I say that Michael knew almost everyone on the street: from young workers in small shops, to grandmothers washing clothes on the street, and even to newspaper editors from the major media producers of Accra, everyone lit up when they saw Michael.  I am so thankful for his kindness. He provided an insight and a means into a culture that was so different than anything I had experienced before, and he gave me confidence that I took with me during the rest of my time in Ghana.

Another large part of my experience in Ghana was familiarizing myself with and trying all of the different foods. I could not think of a better way to study a foreign culture of food than to experience it first hand. I was amazed by the food, there was not a single thing I had in Ghana that I did not enjoy.  From spiced chicken and rice to fried plantains and beaten cassava, the variety of flavors reflected the complexity of the people of Ghana. Additionally, eating some meals with my hands instead of silverware was enjoyable once I gotpast the initial shock of putting my hands in the soup.  It was also very beneficial for my surveys as many respondents so far have mentioned specific foods that they enjoy in certain situations. Knowing the food first-hand helped me to better connect with them. Food, most likely, was eventhe cause of my worst day in Ghana.  I woke up extremely ill one morning, most likely as a result of something I ate. Despite the obvious discomfort, this not so great experience was another insight into the lives of the Ghanaians and how they relate to food. Food affects nearly every aspect of their lives from energy and health to culture and expression.

Conducting research in Ghana taught me so much more than I imagined I could learn.  First, as a direct result of my research, I gained a lot of interesting insight into how people from Ghana view food and nutrition. It became evident in my interviews that there was a disconnect between the healthy-diet intentions that many people in Ghana hold versus how they actually eat.  As a result, I began to look for how people in Ghana currently gain information about the food they eat.  I started documenting various advertisements, packaging, and menus that influence the perceptions of food in Ghana.  My research also showed that many people in Ghana are very fond of how their food is advertised and presented to them as well. I look forward to analyzing more deeply the results of my project, and trying to better understand this interesting phenomenon. I hope to turn these results into a presentation and useable data to share with others at a conference or table discussion.

Secondly, I gained a lot of experience conducting surveys and ethnographic studies.  I had learned the basics of these types of research in classes during the spring, but no experience I had was as informative as the real thing.  I hope to use the experience of this summer to inform my research question, and to reinforce the confidence and skills that will help me with the capstone project that I plan to pursue next year.

Finally, I grew in my empathy for the world.  It was an incredible experience to truly be immersed ina new culture. Coming from Iowa to Indiana, I have always been in a comfortable culture for me. It is powerful to be able to put real life experiences to topics of development that I discuss in class. I also challenged a lot of my preconceptions about the developing world, and have gained an open mind towards places I have never been. I learned so much about how I respond to discomfort, and about the skills that I possess that can aid in dealing with discomforts. As a result of this experience, I not only feel ready, but excited to continue my exploration of the world, to meet people of all backgrounds, and to hopefully live as a global citizen.

Towards the end of my time in Ghana, I had the idea of creating a cookbook that the hostel could sell to guests that detailed the recipes and respective histories of Ghanaian dishes.  In exchange for creating this cookbook, I was granted access to recipes of traditional meals along with watching and helping the cooks make the food, and even the opportunity to learn about what the dishes meant to the cooks. It was a great way to understand more about the cuisine, and also to give back to my gracious host, the Agoo Hostel.

My project could not have been successful without the help and time of my support team. I would like to thank Professor Wengle, who has been extremely helpful as an advisor, guiding my research to be more effective and clear. Additional thanks to Professor McDonnell, for going beyond her duty as my professor, and guiding both my research and my mentality as I entered a culture so foreign to my own. I would like to thank my friends and classmates for their helpful feedback, and for their unwavering support while I was abroad. Finally, I would like to thank Holly Rivers, Rachel Thiel, and the Kellogg Institute for giving me the opportunity to explore the world, and to get a tasteof a country I never imagined I would get the chance to explore. 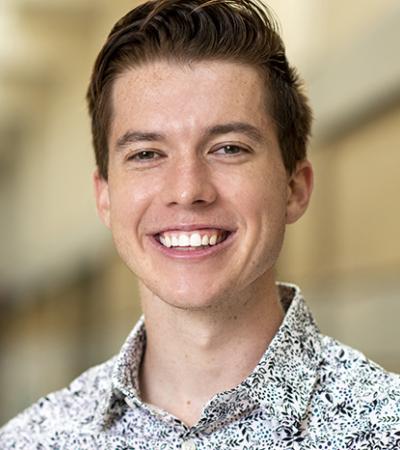