Óscar Biscet is a physician and leader of the human rights movement in Cuba whose human rights activism—which coincided with his conversion to Christianity—began when he documented and exposed the widespread practice of late-term abortion carried out in the Havana maternity hospital where he served as medical director, a practice in fact illegal under existing Cuban law.

His efforts resulted in his expulsion from the official Cuban National Health System and eventually to incarcerations, beatings, and torture. In 2002, he was sentenced to 25 years in prison, enduring extraordinarily harsh treatment until his release in 2011. During that time, Dr. Biscet was declared a "prisoner of conscience" by Amnesty International, and the United Nations Working Group on Arbitrary Detention determined that he was being held in violation of Articles 9, 10, 19, 20, and 21 of the Universal Declaration of Human Rights.

In 2007, he was awarded the United States Presidential Medal of Freedom by President George W. Bush as well as the Dr. Rainer Hildebrandt Human Rights Award, Germany's most prominent human rights honor. Following his release from prison in 2011, Dr. Biscet declined the opportunity to permanently leave Cuba, choosing instead to continue his human rights advocacy there.

He has focused his efforts on developing Proyecto Emilia, an initiative to promote the establishment of democratic government in Cuba based on respect for human rights.

He especially counts on the support of his spouse, Elsa Morejon, a nurse and his collaborator in human rights work. 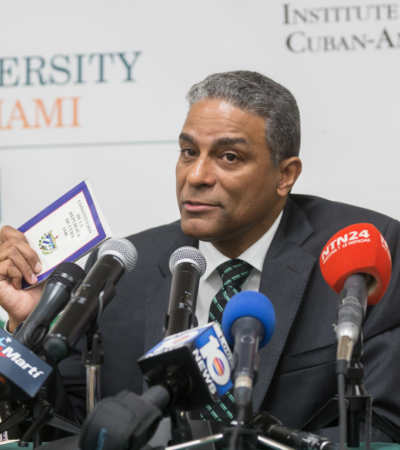 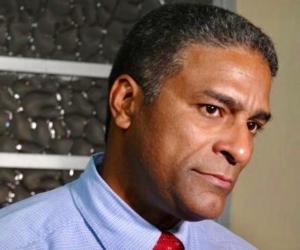 Cuban physician Dr. Óscar Biscet, who has been honored around the world for his advocacy of human rights and democratic freedoms in Cuba, will speak at the University of Notre Dame on Tuesday, October 24, 2017 at 12:30 pm in the Hesburgh Center Auditorium.