Women religious of Argentina and the accompaniment of the poor: Stages, balance, and perspectives on the preferential option for the poor following Vatican II 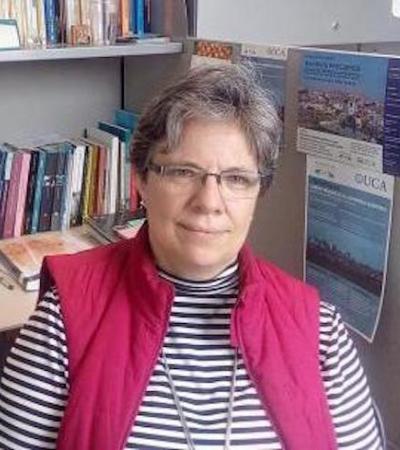 Cosponsored by Latin American North American Church Concerns (LANACC) and the Cushwa Center for the Study of American Catholicism.

Work-in-progress seminars are designed to generate in-depth discussion of new scholarly work. For the pre-circulated paper and to attend, register with kievents@nd.edu.

This presentation addresses, from a socio-historical perspective, the choice of some female religious congregations in Argentina to adopt a new form of religious life known as “inserted community,” where at least two women lived in a house in an impoverished area, with a pastoral mission dedicated to the poor of that neighborhood. They did so following the “the preferential option for the poor” as articulated by the Latin American Bishops at Medellín in 1968. This new way of life was conceived as a renewal and revitalization of religious life in the context of a broader crisis of religious life that particularly affected women religious, as reflected in constantly declining membership.

This alternative form of religious life helped change the lifestyle and social roles of women religious and impacted the poor communities where they lived. Many religious communities established new pastoral practices in new social spaces: they were now immersed in the world of the poor not simply through charitable activity but with a new commitment to live a life similar to the most neglected sectors of society.

These pioneering experiences of the late 1960s could not reverse the structural crisis in religious life. In recent decades, declining membership in religious life continues. In Argentina, inserted community was very relevant in the 1970s, 80s and 90s. At present, it has lost its vitality and many inserted communities have closed. The theological and pastoral approaches that supported the decision to live among the poor are at present being reevaluated, in many cases under the impulse of feminist theologies.

This presentation discusses the process whereby inserted communities developed over time and their present situation in Argentina. Included in the discussion are Liberation Theology and the Teologia del Pueblo as well as focused consideration of two international female congregations: The Society of the Sacred Heart of Jesus (RSCJ) and the Franciscanas Misioneras de la Madre del Divino Pastor (FMMDP).

Ana Lourdes Suárez is a sociology professor at the Pontifical Catholic University of Argentina, where she is a coordinator of the interdisciplinary “Living Conditions and Religion” program. She is also a researcher at the Argentine government’s National Scientific and Technical Research Council (CONICET).  She specializes in poverty, religion and social stratification, religious orders, research methods, and gender...
Read More