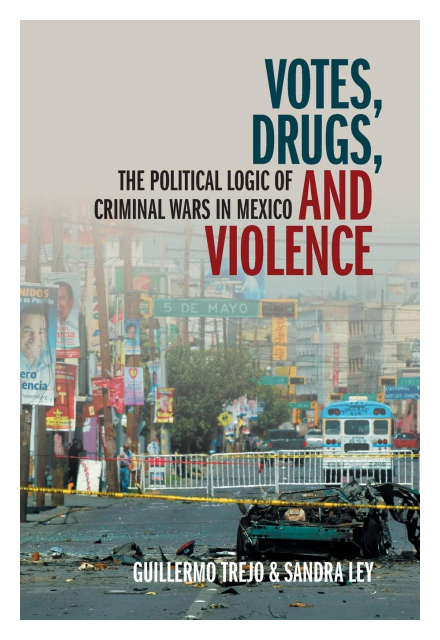 This book explains why drug cartels went to war in Mexico as the country transitioned from one-party rule to democracy, why criminal wars proliferated, and why large-scale violence intensified as multiparty competition became institutionally ingrained. To explain the surprising connection between votes, drugs, and violence we develop a political theory of peace and violence in the criminal underworld. Assuming that organized criminal groups (OCGs) can succeed only when they gain access to informal protection from state security agents, we argue that these state-criminal linkages, which constitute the gray zone of criminality, often emerge in autocracies and provide stability to the criminal underworld. But if these linkages persist in democracy – because elites fail to reform authoritarian security forces and the judicial system and develop the rule of law, as happened in Mexico – the continuous reallocation of state power through multiparty elections quickly becomes a source of instability in the gray zone of criminality. Using a wide variety of statistical analyses and case studies, we show how subnational party alternation and the fragmentation and decentralization of political power continuously changed the balance of power in Mexico’s criminal underworld, generating a great degree of uncertainty, and providing incentives for cartels to use violence to defend their turf and conquer rival territory. When the Mexican federal government sought to militarily suppress the cartels and contain inter-cartel wars, we show that the partisan use of armed forces in the War on Drugs to aid the president’s subnational co-partisans, and deliberately leave his political rivals unattended, contributed to the escalation of violence. Although OCGs are considered to be apolitical actors, our analysis reveals that 1) politics crucially shaped the cartel’s strategic use of violence and 2) after years of turf wars, drug lords became interested in gaining de facto political power and established controls over local governments, populations, and territories, giving rise to subnational criminal governance regimes in a large swath of Mexico’s territory.