Taking Radical New-Right Thinkers Seriously: Perspectives on Europe, Russia, and the US 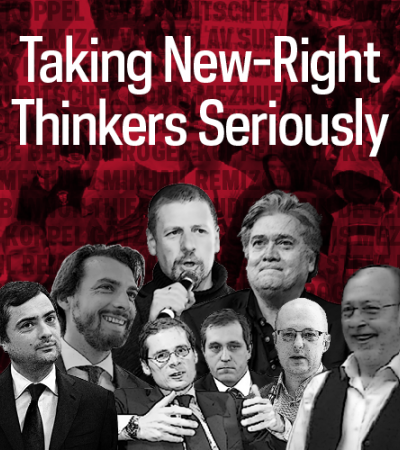 With right-wing populism on the rise across the globe, a coterie of “New Right” thinkers have emerged, including polemicists, publishers, and occasional politicians, such as Götz Kubitschek (Germany); Steve Bannon and Greg Johnson (USA); Mikhail Remizov, Boris Mezhuev, and Vladeslav Surkov (Russia); Thierry Baudet (the Netherlands);  Alain de Benoist (France), and others. These thinkers inspire the leaders of contemporary populist movements and have called into question traditional understandings of democracy.

In this workshop, four prominent European and American scholars will present informal papers on different radical New Right thinkers, discussing their similarities and differences and exploring new ways of thinking about the future of democracy in an era of populist extremism.

Please register HERE for this event to receive advance copies of the papers and additional readings.

Cosponsored with the William M. Scholl Chair of International Affairs.

“Dangerous Minds in Dangerous Times”
Ronald Beiner, University of Toronto
We liberals tend to assume that liberal education promotes liberalism. Is this a form of liberal complacency in need of serious reconsideration in the wake of jolts to liberal-democratic self-understanding administered by the rise of right-wing populism as well as new ideologies verging on fascism? In this essay, I scan some figures in the alt-right intelligensia and what they draw from major figures in the Western canon such as Nietzsche and Heidegger.

“The Conservative Revolution of the 21st Century: The Curious Case of Jason Jorjani”
Ronald Beiner, University of Toronto
In January of 2017, as figures in the alt-right were celebrating the election of Donald Trump, two of them, Richard Spencer and Jason Jorjani, formed a rather bizarre partnership in the creation of the AltRight Corporation. Almost all the attention went to Spencer, but there is much in the career of Jorjani to interest students of the radical right. In this paper, I comment on a few of his more notorious ideological interventions.

“Alain de Benoist and the New Right: continuity and new paradigms in political philosophy”
Jean-Yves Camus, The French Institute for International and Strategic Affairs (IRIS), Paris
Alain de Benoist is the most prominent thinker of the so-called "New Right," a school of thought born in France in the late 1960s. His more than 100 published books has made him the leading figure of what can be interpreted as a new Conservative Revolution on a European scale, aiming at building a populist, anti-liberal, communautarian, ethno-differentialist alternative to mainstream Conservatism and the Left. This paper attempts to explain de Benoist's political philosophy and influence.

“Russia as a Conservative Avant-Garde? A Cartography of the Russian ‘Rights’”
Marlene Laruelle, George Washington University
This paper proposes a mapping of the main "rights" existing in today's Russia: the Sovietophile, the Extreme, the New Right, and the Neo-Conservative. It focuses on the last one, the less known but most original, and the one in tune with the reformulation of illiberalism taking form simultaneously in Europe and the United States. The paper presents its main figures and theories, and discusses the originality – or lack thereof – of its theoretical crafting.

"Taking New Right Thinkers Seriously: Beyond de Benoist to Kubitschek, Baudet, and the Identitarians"
A. James McAdams, Conference organizer, Kellogg Institute Faculty Fellow
Are the claims of the founding fathers of New Right thinking correct when they speak about the compatibility of the "right to difference" and some form of liberal democracy? In this reflective essay, I consider the arguments of several contemporary New Right thinkers to show why this is not likely to be the case.Cosponsored with the William M. Scholl Chair of International Affairs. 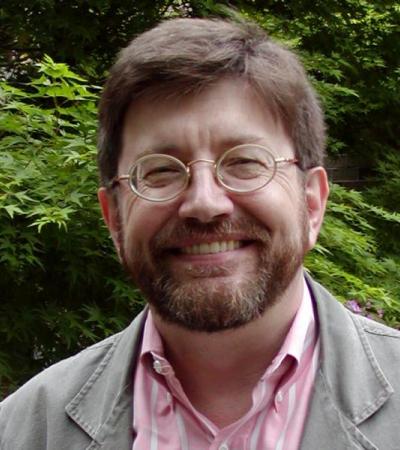 A. James McAdams is the William M. Scholl Professor of International Affairs and former director of the Nanovic Institute for European Studies from 2002-2018.  He has written widely on European, especially central European, affairs.  His new project, "The New Messiahs," examines the thinking of such post-Leninist theorists as Slavoj Zizek, Alain Badiou, Michael Hardt, Bruno Bosteels, Antonio Negri, and Costas Douzinas...