I spent this summer working with an organization called WorldTeach, which sends American volunteers to teach English and other subjects in various underprivileged areas of the world. My placement was at the Sidi Moumen Cultural Center (SMCC), a community center in the neighborhood of Sidi Moumen in Casablanca, Morocco. Sidi Moumen is well-known in Casablanca as a former shanty town; now, it is home to rows of government housing and a tram stop, but is still one of the poorest areas of Casablanca. The SMCC is a project for the youth of the area, to give them somewhere to go and something to do in a healthy setting. Every summer, the SMCC runs a six-week-long day camp for kids ages eight through eighteen, with English and French classes in the morning and various activities, like music, drama, and sports in the afternoon. I was there to be a teacher for the morning English classes. I had two groups: a rowdy class of 20 eight-and-nine-year-olds and a rowdier class of 30 ten-and-eleven-year-olds, neither of whom spoke any English at all. I taught each group for an hour and a half each day, five days a week, for all six weeks of the summer camp.

In general, I had a wonderful experience. I loved getting to know the kids I taught, and the other staff, both Moroccan and international, at the SMCC. I found teaching really rewarding, and I learned a lot myself. But working at the SMCC definitely was not easy and it was not fun all of the time. As a result, I got the chance to work on my personal character a lot! When the SMCC’s old projector cut out multiple times in the span of one class period, I had to work on my patience. When I arrived to one class armed with a lesson plan, only to learn that the students had covered that exact lesson while I was out sick, I got the opportunity to work on my flexibility. When there was not a functional whiteboard marker or a single sheet of printer paper to be found in the entire center, I got the chance to work on both. When I tried to communicate with my students, only to run up against the sizable language barrier — they did not speak English, and I did not speak Arabic — I got to work on my creativity. Sometimes there were so many kids in my classroom that I did not have enough chairs for them. Sometimes the whole class talked over me for the entire hour and a half of teaching. Sometimes I went home wondering what I had been thinking when I signed up for this. Those were the times I got to work on my resilience.

As difficult as those moments were at the time, though, I am really grateful that I had the chance to experience them. I am definitely more patient, flexible, creative, and resilient now than I was at the beginning of this summer. And it was not all stress and difficulty, either. There were days where I genuinely enjoyed what I was doing. Often a classroom activity would end with nearly every student in the class giggling. I loved overseeing games with my students as much as the students loved playing them — hangman, pictionary, word scrambles, spelling contests. Sometimes I would just turn on English music for a couple of minutes and let the kids show me their dance moves. My students liked to give me hand-drawn cards, little gifts, pieces of their food at break time. I have kept them all (obviously not the food). Every time I successfully used an Arabic word (which admittedly was not often) the entire class would erupt in cheers. And the smiles on my students’ faces when they got every question on an exercise right, or won a game, or even just put the correct answer to a question on the whiteboard, always reminded me what I was thinking when I signed up for this.

So I learned some virtues, and my students learned some English, but that was not all. My students and I also got to learn a lot about each other. I was able to learn, both firsthand and secondhand, a lot about life in urban Morocco, and the people at the community center — not just my students, but also the volunteers and staff I made friends with — got to learn about me, and about life as a university student in the United States, too. I am slightly embarrassed to admit this, but before I began this summer program, I never thought about the fact that a cultural exchange is, by definition, a two-way street. I knew I had a lot to learn from meeting people in Morocco, but I did not think about the fact that the people I would meet in Morocco would have a lot to learn from meeting me. We each got the chance to share our cultures with each other, and I am really grateful to have had the opportunity to be a part of that. 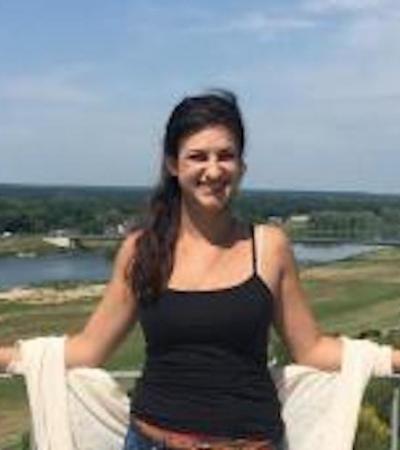