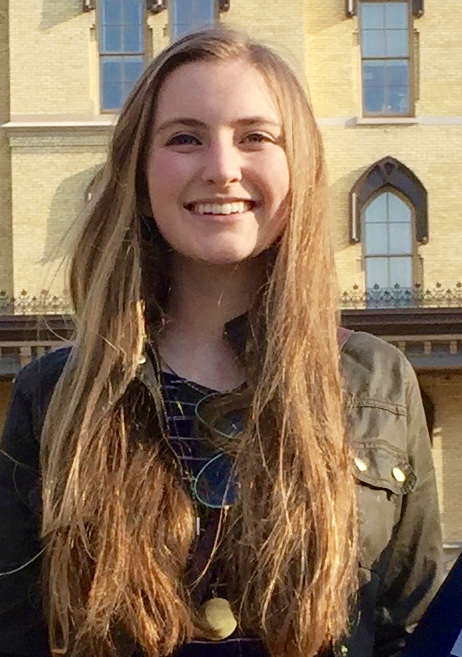 I never expected to have a summer as wonderful, enriching, and fantastically challenging as I had teaching English at Sidi Moumen Cultural Center (SMCC) in Casablanca, Morocco, but one of the most incredible parts of my summer was realizing that small blessings can surprise you anywhere and anytime.

Sidi Moumen is an impoverished neighborhood of Casablanca that was previously a shantytown. The neighborhood has a bad reputation in Morocco because it is known that the bombers responsible for the Casablanca terrorist attacks in Casablanca of 2003 and 2007 were from Sidi Moumen. In response to these terrorist attacks and the problems the neighborhood was facing, Mr. Boubker Mazoz founded the Sidi Moumen Cultural Center as a place where women and children can take classes and participate in activities. Mr. Mazoz explains that the center keeps children from getting into drugs and violence on the streets by occupying them with healthy activities, and also inspires the children through education to reach for a better future. Salma, the assistant director at the center and now my friend, is a woman my age who told me on several occasions that she sincerely believes that growing up at SMCC saved her life. After living in Sidi Moumen for eight weeks and working alongside the wonderful people who live there, I was so proud to be a part of this organization that is fighting to improve the lives of the next generation in their community.

Before my trip, I felt as if I had done everything I could do to prepare; I had worked with Kellogg to apply to my program and procure funding, I had done extensive research on the country and its culture, and I had planned the details of my trip. I thought I was ready. Looking back on it, nothing could have truly prepared me for the summer that I was about to have, but I learned so much from my experience and would not have changed it for anything.

Upon my arrival in Morocco, Maria, another Notre Dame student, and I were taken to our host family’s home and we were immediately exposed to the generosity of Moroccan hospitality. It was a Friday afternoon, which is a sacred day of prayer for Muslims and so afterwards Moroccans traditionally eat a meal of couscous as a family. This experience was overwhelming at first; I did not know these people, they spoke only a few words of English, and they ate with their hands. But they were so gracious and patient with me, and I could tell that they were trying through gestures to make me feel more comfortable. To be welcomed with this meal was so special; when they gave me a seat at the table, I realized  that I was a part of the family. This was the beginning of a lovely relationship with my host family. I learned slowly that we could communicate and spend time together without speaking. For example, my host father always shared warm smiles with us, and my host mother would stroke our hair to show affection. My host sister would teach us traditional Moroccan dance and cook with us, and I taught my host brother in classes at the center.

I began teaching after a week of orientation; I taught two classes of children at a beginner level of English between the ages of seven to fourteen. Though I have worked extensively with children in the past, teaching in Morocco was unlike anything I have ever experienced. The first day of class at SMCC was absolutely chaotic. Children were running, screaming, and trying to kiss me on the cheeks. It was endearing and innocent but also it seemed that there was no hope of me ever being able to get them under control. I was placed in a classroom at random and was told to start teaching without a lesson plan. My classroom was small, hot, and packed with about sixty children. It was incredibly overwhelming, but it was such a blessing to be able to feel such a large range of emotions in one situation and then process how to tackle the challenges ahead of me for the good of the children I was teaching.

In the following weeks, the situation slowly started to improve. The four other WorldTeach volunteers and I were constantly talking with the other volunteers, staff members, and Mr. Mazoz in order to make small changes to create a learning environment in which our students could thrive. I started to place certain students in different classes, and I welcomed the assistance of Moroccan volunteers who could help to quiet my students. I also found more creative ways of teaching my students so that I could maintain their interest and gain their respect; using materials at the center I would engage my students in educational games, show them children’s movies in English, and introduce them to new songs and fairy tales. This creativity was necessary since the language barrier was a huge obstacle. I did not speak any Darija, the Moroccan dialect of Arabic, but luckily I know French. I quickly figured out that since the children were also receiving French lessons at the center, which were taught by Arabic speakers, if I told them a word in French and then gave them the English word, the children would understand the concept of the English word. I also often drew pictures on the board, mimed, or pointed at objects to help my children understand new vocabulary. Slowly but surely, my students started to learn.

Another very valuable part of my summer in Morocco was the relationships that I developed with the Moroccan volunteers at the center. To be able to share friendship with people who were close in age to me but living totally different lifestyles was enlightening and meaningful. We all got along very well, and I still talk to many of them. They helped me to feel like I was a valuable member of the center and a welcome resident of Sidi Moumen. In addition, they also openly shared their experiences with me and discussed topics such as feminism and harassment of women in Morocco, LGBTQ rights, and racism.

I do not specifically know what career path I will choose in the future, but I do know that the lessons of patience, flexibility, and love that I learned from my summer in Morocco will always continue to positively impact my lifestyle both at Notre Dame and in the outside world. I am forever grateful to Kellogg for making this opportunity possible for me. 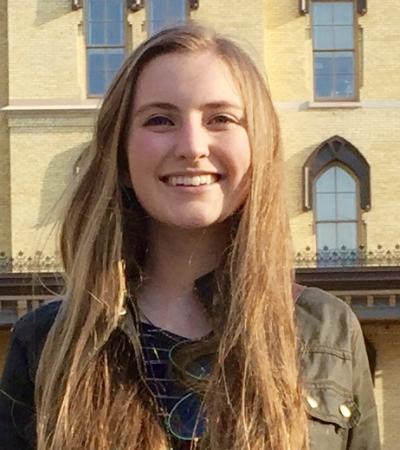