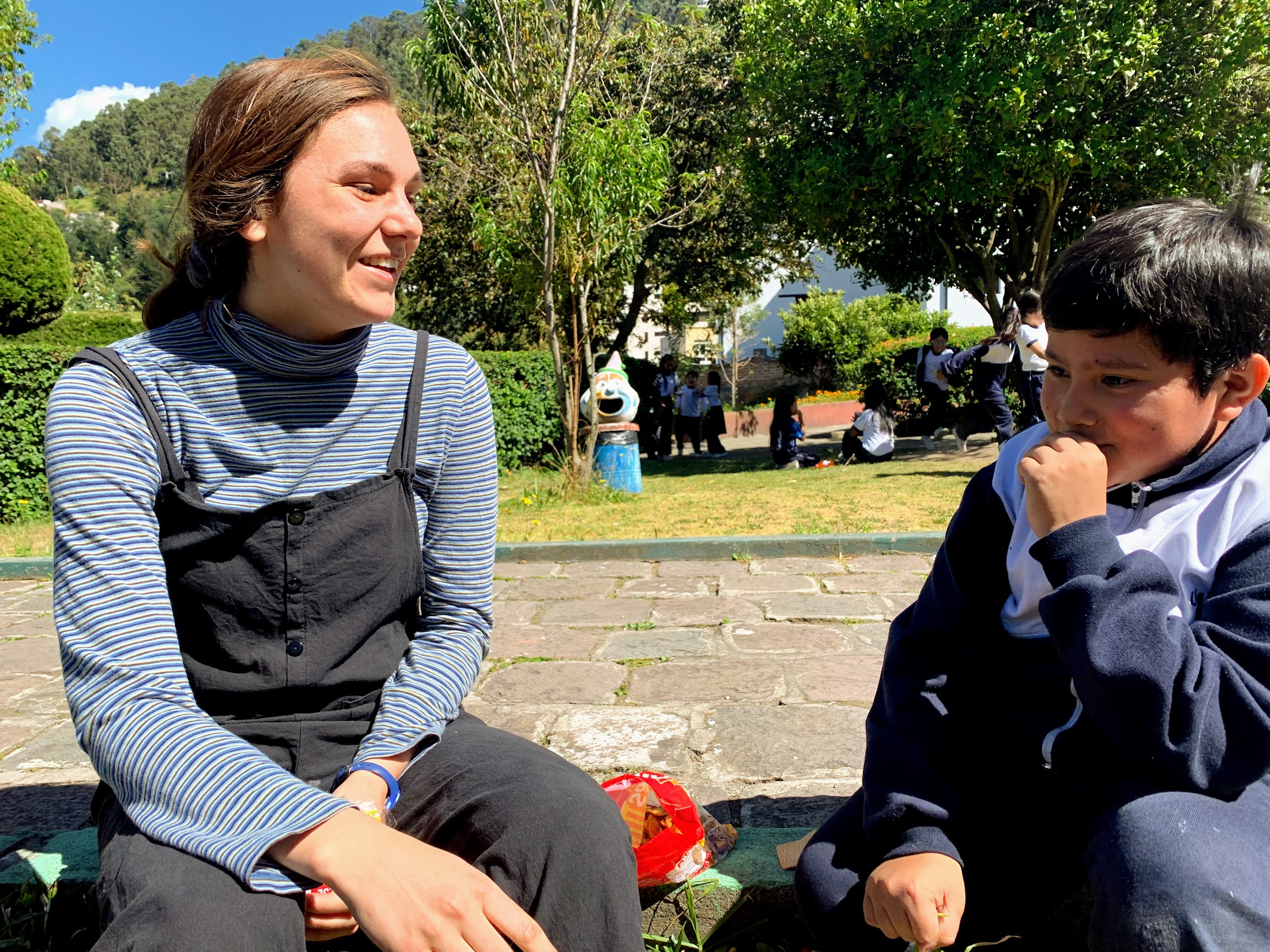 I spent eight weeks in Ecuador in two distinct regions. I spent the first three weeks in the capital city of Quito. Then I spent the following five weeks in a small town in the coastal region called San Pedro de Suma. I was originally told I would spend four weeks in each location, but based on the school schedules in each region, I went to Suma earlier. This ended up being a positive because there was more work for me to do in Suma than there was in Quito. 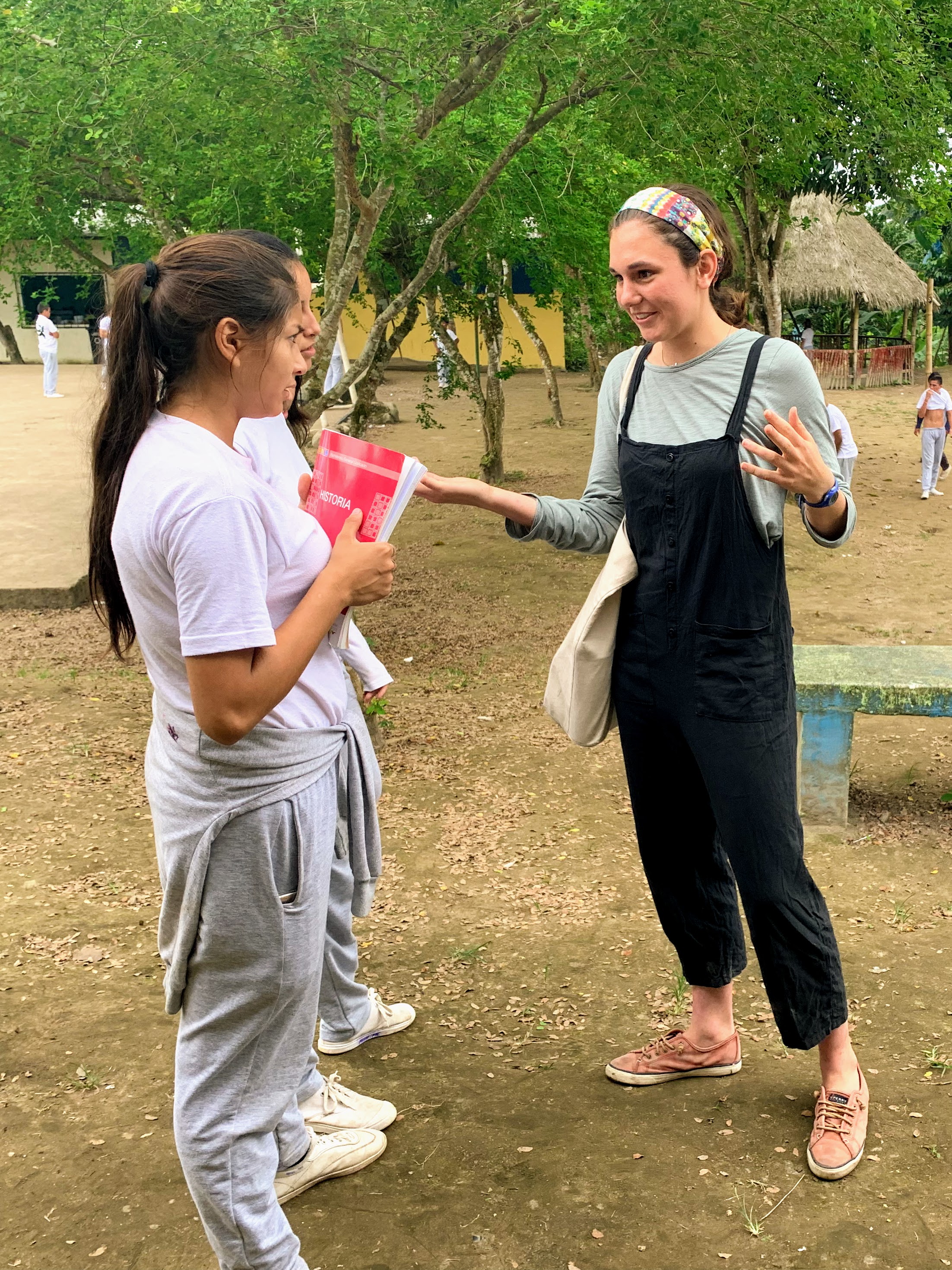 I was at a Catholic primary school in Quito where I assisted the two English teachers with their classes. They did all of the lesson planning and I was mostly there to help answer questions and facilitate the activities. I got to observe how the teachers taught English and what level of the language the different grades understood. At that school I also spent a couple days updating their computer lab. It was helpful for me to learn more about the education system in Ecuador and pick up on some teaching strategies. I also connected with a lot of the students during recess and other breaks who helped me practice my Spanish.

In San Pedro de Suma, I was given my own English classes to teach. The first day the principal made me a weekly schedule that I would follow for the next five weeks. I had ten different grade levels each week. I had an hour and twenty minutes with each of first through seventh grade and then more time with my high school classes. I asked if there was a curriculum or any specific details about what I should be teaching, and was told I could use the government issued workbook if I wanted, or do my own thing. I started with the workbook but after the first class with each grade level found that it was of little help. For most of the grade levels, I wrote my own lessons that were aimed at the level of English they understood. I had a lot of independence at this school and was generally teaching on my own with no other teacher in the room. The class sizes were also large so I sometimes struggled to have control of the classroom.

My youngest class (the five year old students) had not yet learned to read and had never had English classes before. This was probably my most challenging class because I had to rely solely on verbal repetition and singing as learning activities. There were also 34 of them and I was scheduled for their last block of the day so they often got very distracted. Another challenging class was the oldest students. They were mostly 17 years old, which made it tough to have much authority as a teacher since I am only three years their senior. I also did not have a grade book or instructions about giving exams so they realized there were not many consequences for not listening to me.

Teaching the material in Spanish was challenging, but the harder part for me was handling the classroom control and inter-student disputes in Spanish. For the lessons I could prepare in advance, but the other situations usually happened all of a sudden and were often hard to understand. Despite my lack of fluency in Spanish or extensive experience teaching, the students and I overall had a good relationship, and they were kind to me. They were excited to learn English and learn more about the United States. My break periods generally turned into chatting with whichever students were not in class for the period.

I also had a solid relationship with most of the teachers. I was worried about this at the beginning because I was not sure what the impression of a student from the US who was not studying teaching but taking over class time would be. As it turned out, the majority of the teachers were grateful for a native English speaker to teach their class, enjoyed having a couple more free periods to lesson plan, and were happy I had spent my school break to be there. They threw me a surprise lunch on the last day I was there to thank me. This was really sweet and surprising.

Living with a host family in Suma was also a big part of my experience because it allowed me to share in the smaller moments of everyday life in the town. While I was in Quito, in my free time I would often explore the tourist sites in and around the city. In Suma, I joined in with whatever my family was doing. I had a three-year-old and an eight-year-old host sister who were a lot of fun to hang out with. My host mom loved cooking all the traditional foods for me and explaining what was in them and where those ingredients are produced. She did a wonderful job welcoming me in as part of the family. We went to the land to see the fruit trees, to the river to swim, to the town to go to the bank, to the beach for a Saturday, and to other people’s houses to visit. Since I was the only foreigner in town, it was really cool to be so immersed in the community and understand what daily life was like.

In terms of being successful, I am not sure how much of the English I taught the students retained. Five weeks is not a very long time at a school. I think the students did learn some cultural things and some of them improved their English skills. In general, all the grade levels were excited for my class each week, which was good to see them excited about learning. I also assisted the teachers and they were grateful for someone to help with English pronunciation. I definitely benefitted from this experience and I think the school did too. For me, I gained concrete teaching skills by being thrown into challenging classroom situations. I also greatly improved my conversational Spanish and felt confident by the end to communicate with everyone at the school. For the students, they generally had fun in my class and got to learn a foreign language from someone who is a native speaker. For the teachers, they had more free periods to plan their classes and felt supported from people outside the community. Overall, it was a very challenging experience but led to a lot of personal and professional growth for me. Being the only American there was a little isolating, but also motivated me to join in the community and be part of that more. I did not have the safety net of talking to people in English so I had to use my Spanish even though it was not perfect. I am very grateful for this experience and believe it will help me as I plan my research for next summer. 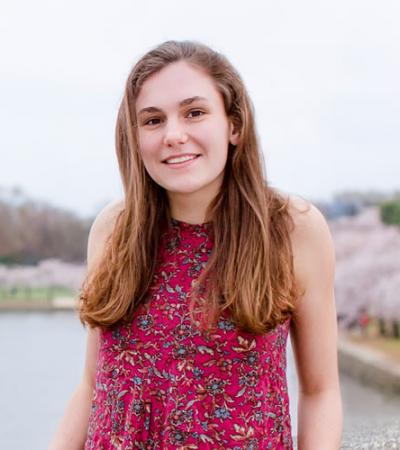