Rosario Aguilar is an associate professor of political science at the Centro de Investigación y Docencia Económicas (CIDE) who specializes in public opinion and political psychology, with a strong survey and experimental methods background.

She is also a visiting professor at Central European University and a visiting scholar at the Hungarian Academy of Sciences.

Aguilar’s research examines the effects of social context on behavior, such as how racial appearances affect the political behavior of Mexican Americans in the United States. She also studies the effects of gender and racial prejudices, as well as how to apply experimental research across contexts. Aguilar’s current projects include an examination of the interaction of authoritarian and populist predispositions from a comparative perspective, and a look at ways to improve the measurement and meaning of partisanship in new democracies. She is also interested in researching better measurement methods for political concepts in survey methodology.

Aguilar is the co-principal investigator of the Comparative Studies of Electoral Systems’ Mexican National Elections Study, and is the national representative for Mexico at the Executive Council of the World Association of Public Opinion Research. She is a member of the editorial boards of Political Behavior and the Journal of Experimental Political Science, and is the associate editor of Research and Politics. Aguilar is also a member of the Evidence in Governance and Politics (EGAP) network. She is a public and private consultant on topics of measurement and analysis of electoral preferences, political attitudes, and political values.

Aguilar earned a licenciado from the Instituto Tecnológico Autónomo de México and a PhD at the University of Michigan. 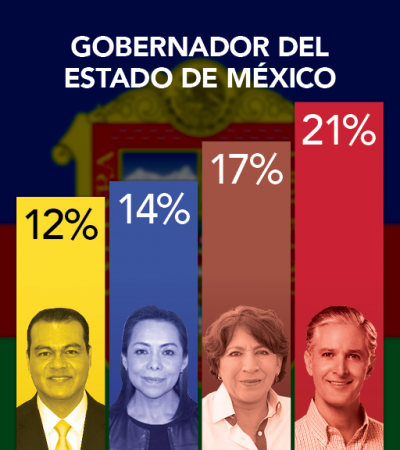