Rev. Carlos María Galli is a prominent Argentine theologian well known as an expert on the theology of Pope Francis. A professor of theology and graduate program director at the Pontifical Catholic University of Argentina (UCA) in Buenos Aires, he was named a member of the International Theological Commission for 2014–19 by Pope Francis. Galli has published nearly 200 articles on topics that include Christology, ecclesiology, pastoral theology, social doctrine, and Argentinian theology and has authored or coauthored five books, most recently Dios En La Ciudad (coauthored, San Pablo, 2012).

He formerly served as president of the Argentine Theological Society and dean of theology at UCA, where he earned his PhD, and is currently a theological adviser of CELAM. He is also a correspondent and the only Argentine member of the Pontifical Academy of Theology in Rome. Galli has been a priest of the Archdiocese of Buenos Aires since his ordination in 1981. 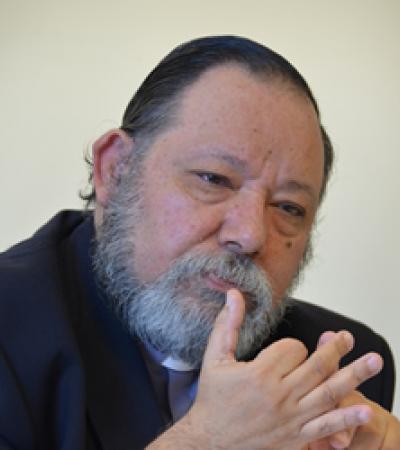 "God Lives in the City: The Argentine Theology of Pope Francis"