This profile was current as of 2014, when she was part of the on-campus Kellogg community.

Laura Gómez-Mera (DPhil, Oxford University), assistant professor of international studies at the University of Miami, joins the Kellogg Institute for the spring 2014 semester. With a regional focus on Latin America, her research interests include the political economy of development, the politics of trade and monetary policy, international institutions, and regional cooperation.

At Kellogg, Gómez-Mera will address normative aspects of the global governance of illicit trade in her project Power, Morality, and Global Prohibition Regimes: International Cooperation in the Fight against Human Trafficking.

In a comparative study, she will examine the international and domestic political dynamics surrounding the emergence and institutionalization of a global regime to stop the trafficking of human beings. She seeks to explain why coherent multilateral cooperation against trafficking has been so elusive, and she looks at why anti-trafficking efforts have focused on sexual exploitation, to the neglect of the trafficking of migrants for forced labor or the illicit trade in organs.

The author of Power and Regionalism in Latin America: The Politics of MERCOSUR, recently published in the Kellogg series with theUniversity of Notre Dame Press (2013), Gómez-Mera is coeditor of Market, State, and Society in Contemporary Latin America (Wiley-Blackwell, 2010).

A 201213 fellow at the Woodrow Wilson International Center for Scholars, she holds an MSc from the London School of Economics and Political Science in addition to her doctorate. 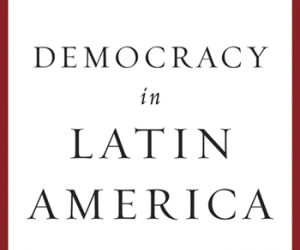