This profile was current as of 2014, when he was part of the on-campus Kellogg community.

Derek Peterson (PhD, University of Minnesota), professor of history and of Afroamerican and African studies at the University of Michigan, joins the Kellogg Institute for the spring semester. His research on the history of eastern Africa encompasses the study of literature and religion, gender history, nationalism, and ethnicity.

Currently, Petersons work centers on post-colonial separatist movements founded by ethnic minorities who, tracing their cultural histories to ancient civilizations, distinguished themselves from the imagined communities of their nations.

At Kellogg, Peterson will work on the book manuscript, "Uganda's History from the Margins," which documents the separatist Rwenzururu kingdom of Uganda as well as other utopian communities of the 1960s. The project also aims to explain the dynamics of governability under Idi Amins rule.

Peterson will draw on data collected in a dozen Ugandan archives and on over 100 interviews conducted with ex-Rwenzururu partisans. He will also further his work on two Ugandan archive preservation projects in collaboration with colleagues at Mountains of the Moon University and Kabale University.

The author of dozens of academic works, Peterson received the African Studies Associations Herskovits Award, honoring the most important scholarly work in African studies published in English the previous year, for his most recent book, Ethnic Patriotism and the East African Revival: A History of Dissent (Cambridge University Press, 2012). The book also won the American Historical Associations Martin Klein Prize in African History and was runner-up for the Philip Schaff Prize of the American Society for Church History.

A fellow of the Royal Historical Society, Peterson was based from 2004 to 2009 at Cambridge University, where he served as director of the Centre of African Studies. Until this year, he was associate director and then director pro tem of the African Studies Center at the University of Michigan. Currently, he is the PI on a $1.5 million Mellon Foundation grant for Rethinking the Humanities in Africa: A Trans-Continental Collaboration.

Spring 2014 : Uganda's History from the Margins 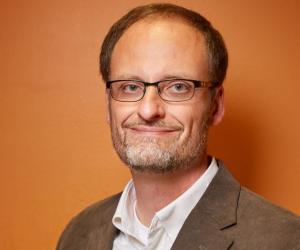 Former Visiting Fellow Derek Peterson has been named a 2017 MacArthur Fellow for “reshaping our understanding of African colonialism and nationalism.”