Amina J. Mohammed, the recipient of the 2015 Ford Family Notre Dame Award for International Development and Solidarity, has more than 30 years experience as a development practitioner in the public and private sectors as well as civil society.

Mohammed was recently confirmed by the Nigerian Senate as a senior minister in the new cabinet of President Muhammadu Buhari. Previously, she served three administrations as senior special assistant to the president of Nigeria on the Millennium Development Goals.

Most recently, as senior advisor to United Nations Secretary General Ban Ki Moon, her portfolio has included serving as the UN’s Special Adviser on Post-2015 Development Planning. In that role, Mohammed led a three-year effort to engage all the world’s peoples in developing and coming to consensus on a new development agenda for the UN. The resulting 17 Sustainable Development Goals were formally adopted in September by the UN member states.

Mohammed has also served as coordinator of the Task Force on Gender and Education for the United Nations Millennium Project; founded and led a think tank, the Center for Development Policy Solutions; taught in Columbia University’s Development Practice MPA program; and worked in the engineering and surveying industry in Nigeria.

She has served on numerous international advisory panels and boards, including the Global Development Program of the Bill and Melinda Gates Foundation, the Secretary General’s Global Sustainability Panel, the Hewlett Foundation on Education, and the African Women’s Millennium Initiative.

A recipient of Nigeria’s National Honours Award of the Order of the Federal Republic, Mohammed was inducted into the Nigerian Women’s Hall of Fame in 2007. 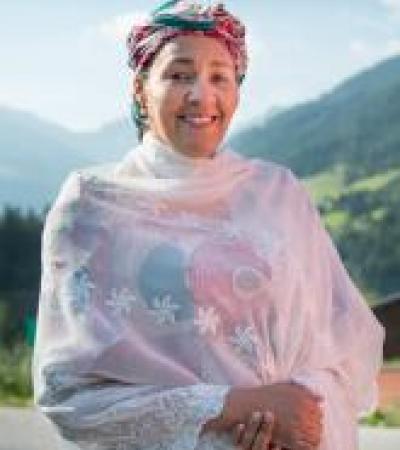 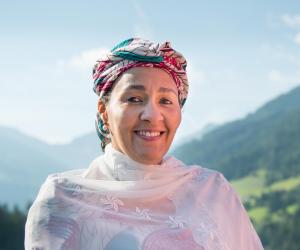