Adam Auerbach is an assistant professor in the School of International Service at American University. His research and teaching focus on governance, urban politics, and the political economy of development, with a focus on South Asia and India. He was a Kellogg visiting fellow during the 2013-14 academic year.

During his fellowship, Auerbach developed his first book, Demanding Development: The Politics of Public Goods Provision in India's Urban Slums, (Cambridge University Press, 2019), which examines why some urban slums in India succeed in demanding and securing development from the state, while others fail. The doctoral dissertation on which Demanding Development is based won the Best Fieldwork Award from the Comparative Democratization Section of the American Political Science Association (APSA), the Best Dissertation Award from the Urban and Local Politics Section of APSA, and APSA's Gabriel A. Almond Award for best dissertation in comparative politics.

Auerbach was named a Clarence Stone Scholar (an early career award) by the Urban and Local Politics Section of APSA. His research has been supported by the American Institute of Indian Studies, Social Science Research Council, Fulbright-Hays, and National Science Foundation. He holds an MA in agricultural and applied economics and a PhD from the University of Wisconsin-Madison. 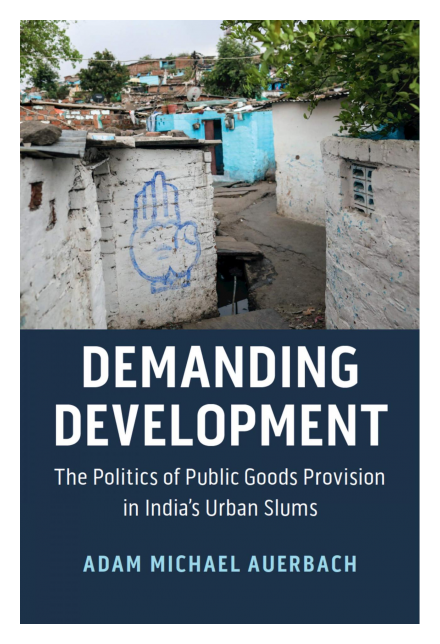 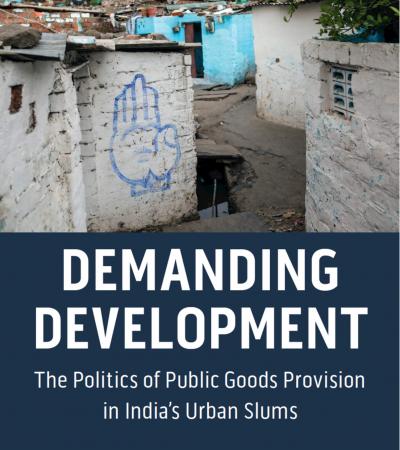 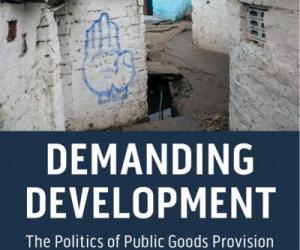 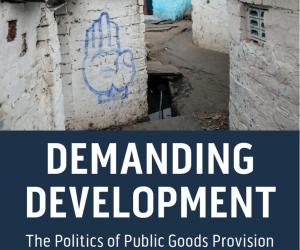 Demanding Development: The Politics of Public Goods Provision in India's Urban Slums, by Adam Auerbach, was just published with Cambridge University Press, in the Cambridge Studies in Comparative Politics Series.