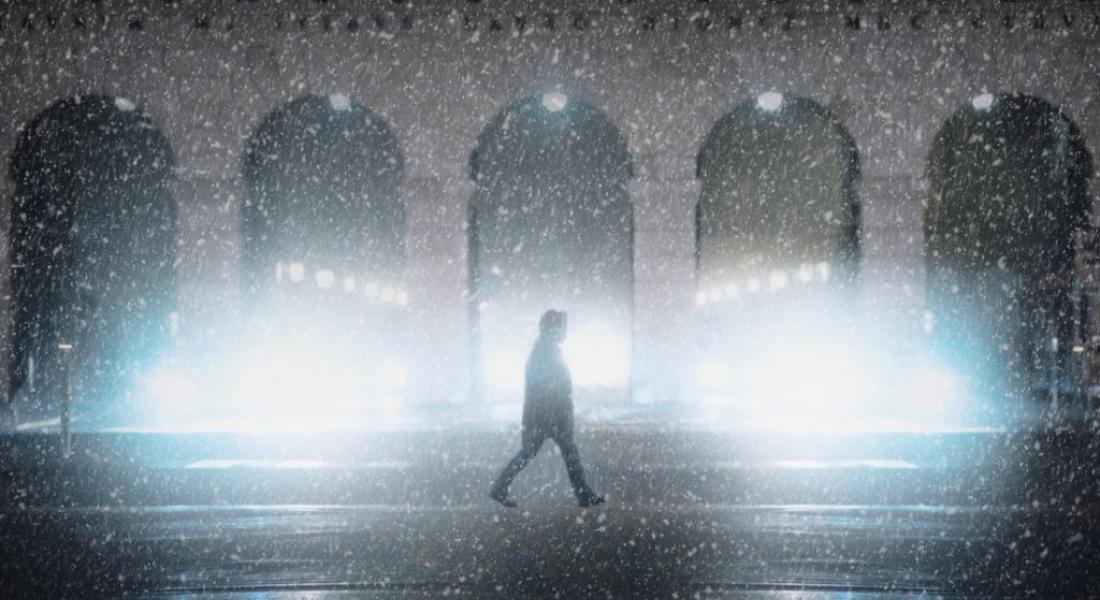 As the first wave of the coronavirus pandemic seems to be ebbing in many countries, we are beginning to recover from the initial shock and cautiously scanning the horizon. Like Noah from his little window in the ark after the flood, we are taking stock of the damage done thus far by the virus. With some notable exceptions, most countries have flattened the curve of infections, turning the exponential growth of cases into a less frightening linear trend. But a number of countries didn’t just flatten the curve, they crushed it. One example is my home country, Austria.

To date Austria has reported 16,979 cases of infections and 672 deaths. With a total population of nine million, this implies a prevalence of .2 percent and a case fatality rate of 3.9 percent. By comparison, the case fatality rate is 14 percent in Austria’s southern neighbor Italy, 6 percent in western neighbor Switzerland, and 4.5 percent in northern neighbor Germany. Over the last two months, the average number of new infections was fewer than fifty and the number of new deaths fewer than six per day. The speed with which the number of daily new cases has declined is remarkable when contrasted with the stubbornly high daily infection rates in places like the United Kingdom and the United States.

As in many other countries, Austria’s economy has suffered greatly. Austria’s gross national income shrank by some 7 percent in the first quarter of the year. The unemployment rate has nearly doubled. The tourism and culture sector, including everything from restaurants and hotels to museums, operas, concert halls etc., which employs one-sixth of the Austrian workforce, was hit especially hard. However, due to the rapid success in flattening the curve of cases and deaths, the country has been able to begin a gradual re-opening of the economy earlier than others. Moreover, the government’s policy of short-term work (Kurzarbeit) has kept employed millions of workers who otherwise would have lost their jobs.

What, if anything, can we learn from Austria?

A closer look
Before trying to answer this question, it is my duty as a card-carrying member of the empirical social sciences to remind the reader that drawing inferences from a sample size of one is never safe. What we ultimately need is a multi-country, multi-factor analysis. Unfortunately, the data we have on this pandemic so far, at least the publically available data, have so many issues that a meaningful statistical cross-country analysis is next to impossible. To mention just one obvious issue: the number of official cases depends on how many tests are available and what the criteria for getting tested are (only people with clear symptoms or anyone). Both the number of available tests and the testing criteria vary hugely across countries as well as across time within any given country. All international comparisons based on official numbers, like the one I made above, should always come with this big asterisk. For the time being, I think the best we can do is study the experiences of individual countries.

Apart from these general caveats, there are a number of factors that make Austria an outlier. It is one of the richest countries in the world, surrounded by relatively rich and peaceful neighbors. It has a stable, democratic government run by a coalition of the center-right People’s Party and the center-left Greens. It also boasts a famously bureaucratic, labyrinthine, sometimes Kafkaesque, but mysteriously well-functioning health-care system. The government’s refusal to cut the number of hospital beds, as it was frequently advised to do before the crisis by international experts, looks like a uniquely prescient policy move in hindsight. Those are all reasons to question the “external validity” of what I’m about to say.

Nevertheless, there are four things Austria did right in its response to this pandemic that are worth looking into:

1) Early lockdown
On March 16, the Austrian government put into effect a rigid set of rules to temporarily close nonessential businesses, schools, and government facilities, and ordered people to stay home, work remotely, and refrain from meeting with friends and neighbors. While these lockdown measures did not come particularly early in time (Italy and Spain had gone into lockdown several days earlier), they came very early in the progress of the pandemic. On March 16, Austria had only one official coronavirus death. At the time Italy ordered a nation-wide lockdown on March 9, it had already reported 366 deaths. Spain’s national quarantine began on March 14 with close to 200 official deaths. Countries like the United Kingdom and the United States waited much longer to impose stringent quarantine measures.

Although we can’t be certain due to the lack of reliable data in the early days of the pandemic, it’s likely that Austria went into lockdown with a significantly lower number of infected people than most other countries. That has surely made it quite a bit easier to contain the spread of the virus.

It must be remembered that a state-ordered lockdown is a blunt instrument. It hits both the vulnerable and the more resilient parts of the population, with disproportionate effects. It also comes at a significant economic and social cost. If we want to fight this pandemic in the spirit of integral human development, it is important to identify policies which save as many lives as possible while causing the least damage to a country’s economic and social wellbeing. Austria’s experience suggests that an early lockdown is very effective at bending the curve and therefore allows an early re-opening which in turn helps to minimize economic disruption.

2) Random testing
One of the most frustrating failures in the early phase of the pandemic was the lack of testing for COVID-19. There were far too few tests in early March, which meant that both experts and the general public were operating in the dark, having to make critical decisions without knowing how far the disease had spread in the population. Austria wasn’t doing any better. However, Austria’s government recognized earlier than others the power of testing a random sample of the population. Even to this day, most countries only test those with clear symptoms of COVID-19.

But numerous studies show that around 50 percent of people infected with the virus never show any symptoms at all. Therefore, only testing the symptomatic means missing at least 50 percent of the problem. Testing a randomly selected sample from the general population is crucial if you want to know the true spread of the disease. Beginning in April, Austria started to test a random sample of 2,000 people every week. These tests showed that, although the official case numbers underestimated the true numbers by a factor of 2 or 3, the prevalence of the disease in the population was probably far below 1 percent.

Further rounds of randomized testing in later weeks only found a handful of infections in a sample of 1,500. These tests provided credible estimates of the true upper (and lower) bounds of the true number of infected people, estimates which most other countries lack to this day. In follow-up studies, researchers were able to trace back individual cases and identify a number of clusters of infections, many of them connected to nursing homes. Importantly, and somewhat surprisingly, none of the clusters involved public transport facilities, schools, or shops. Evidence-based policy making requires, well, evidence. It is therefore discouraging that so few governments have applied some of the most basic principles of gathering robust evidence.

3) Gradual reopening
The insights gained from the randomized tests as well as the cluster analyses were a crucial input in the government’s decision to gradually lift the lockdown measures. Beginning soon after the Easter holidays, the government announced plans to peel back the restrictions on small businesses, then broadened the opening-up of the economy in small steps over the course of many weeks. Two things greatly helped in this effort. First, the success of the early lockdown in bringing down the case numbers relatively quickly meant that re-opening could begin sooner than in most other countries, thereby avoiding the kind of “lockdown fatigue” we see in the US and other countries.

Second, the fact that Austria’s government is a coalition of conservative and progressive elements meant that the decision to re-open was much less plagued by partisan quarrel. Of course, there was and still is criticism of some of the government’s choices, particularly about the refusal to re-open schools. But overall the people’s acceptance of both the lockdown and reopening is very high. The gradual, (at least mostly) evidence-based, and consensus-oriented approach to re-opening contrasts starkly with the experience in the US which seems to be guided more by party-political and economic considerations rather than scientific evidence about curbing the pandemic.

4) Short-term work scheme
Finally, the way Austria dealt with the economic fallout from the pandemic wasn’t entirely different from other countries, involving a mix of temporary tax cuts and loan guarantees to keep businesses afloat during the lockdown. What distinguished Austria (and Germany) from many other countries’ responses is its scheme of short-term wage subsidies known as Kurzarbeit. The idea behind Kurzarbeit is simple: if a business cannot pay its employees because of a temporary drop in revenue, the government will step in and pay part of the wages for a certain period of time. This way, the employee avoids the drastic drop in income that would result from becoming unemployed, and the employer avoids the cost of firing and then re-hiring their employees.

The great benefit of this policy from an economic perspective is that it keeps intact the existing employer-employee relationships, which are very costly to rebuild after a recession. From the point of view of integral human development, Kurzarbeit is an effective policy instrument in avoiding not just the economic burden, but also the feelings of a loss of dignity and self-worth so often associated with unemployment.

Plenty of things went wrong in Austria’s response to the pandemic. For instance, the lockdown measures were unable to prevent the high death toll in elderly care facilities. The narrow-minded refusal of a popular skiing area to close down in early March resulted in a cluster of hundreds of infections. The migrant workers which the country’s tourism sector depends on were badly treated during an ill-managed attempt to send them back to their home countries.

But in terms of containing this virus, it is hard to look at the data from Austria, with all caveats in mind, and not see the success. Going forward it will be an important task for us as social scientists and policy advisors to collect as much reliable data as we can about this pandemic and its economic and social impact and to learn as much as possible both from the success stories as well as the failures of individual countries. Austria’s early lockdown, its efforts of gathering robust evidence through random testing and cluster analysis, its gradual and consensus-oriented re-opening, as well as its short-term wage-subsidy scheme are policies worth giving broader attention as we continue to fight this new pandemic in the spirit of integral human development.

Former Kellogg Visiting Fellow Maximilian Goedl, an economist, is a visiting assistant professor at the University of Notre Dame’s Keough School of Global Affairs. His research focuses on the intersection of macroeconomics and public finance, especially the interaction among government debt, financial markets, and the real economy. 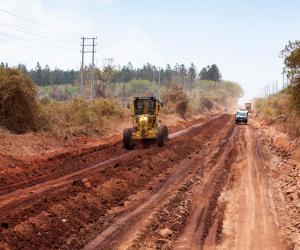