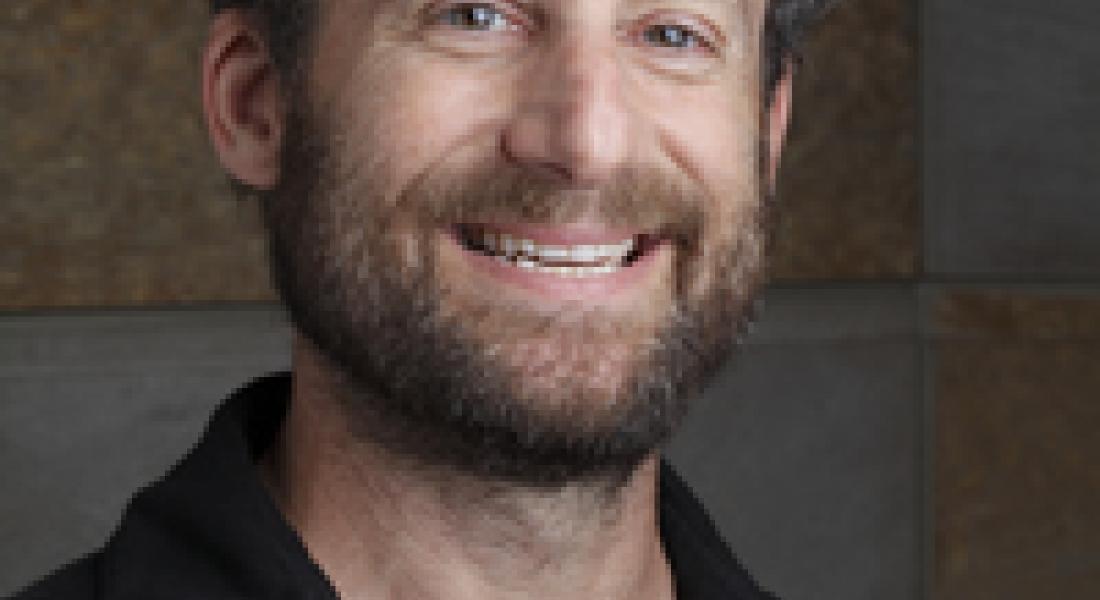 Unraveling the Mystery of Democracy

It may seem incongruous for a leading social scientist to equate studying democracy with an arcade game but the analogy makes perfect sense after a conversation with Kellogg Visiting Fellow John Gerring about his study of what is now the world’s most legitimate system of government.

“Democracy is, essentially, a whack-a-mole,” Gerring says. “It’s impossible to nail the thing down! As soon as you think you’ve got it, some complication creeps in and you think, ‘Well, how do we incorporate that factor?’”

As challenging as describing and analyzing democracy’s many manifestations may be, it is for Gerring a deeply satisfying scholarly endeavor.

During his 2011–12 visiting fellowship, Gerring pursued several large-scale investigations into the history and nature of democracy. They range from the massive, Kellogg-supported Varieties of Democracy Project to inquiries dealing with the relationship between democracy and population size, on the one hand, and diversity, on the other.

The common threads for Gerring: a probing question, an enormous data set, rigorous measurement, and collaboration with like-minded researchers.

A professor of political science at Boston University, Gerring is a prodigious scholar whose research blurs traditional disciplinary boundaries.

“He asks the big questions, he carefully gathers the data, he uses the best methods, and he delivers with important findings that are persuasive.”

Gerring earned both his bachelor’s and doctoral degrees at the University of California at Berkeley—in history and in political science, respectively. His first book focused on American political development.

Testimony to the breadth of his intellect and interests, Gerring has built an equally impressive résumé in yet a third field of political science—comparative politics. His fascination with the myriad of ways that different societies are governed, combined with his methodological acuity, is at the foundation of his work on democracy.

At the Core of Political Science

Why the interest in democracy?

“You would be hard pressed to find a political scientist who is not interested in democracy in some way,” Gerring explains. “It is, quite simply, at the core of the discipline and what distinguishes political science from other disciplines.”

Yet, Gerring says, although philosophers and scholars have studied democracy since ancient times, it “remains a mystery to us.”
Unraveling that mystery is not merely interesting to Gerring in the abstract.

“One cannot understand the future of democracy throughout the world and how to shape it unless one understands the forces that produced its current manifestations,” he says. “Yet with no concept as central to policymakers and scholars as democracy, we have not been as systematic in our analysis of it as we might.”

Along with several collaborators, prime among them Kellogg Faculty Fellow Michael Coppedge, Gerring is working to change that.

Collaborating on “Varieties of Democracy”

Gerring’s first priority at Kellogg this past year was his collaboration with Coppedge on the Varieties of Democracy (V-Dem) Project, for which they are two of the principal investigators (PIs) and the Kellogg Institute, the US institutional home.

The V-Dem project is an ambitious effort to measure democracy systematically through time and across countries.  It is ambitious in the scope of its collaboration as well as its scope of inquiry: 15 scholars at 13 universities in the United States, Europe, and Latin America and 1300 coders around the world are working to produce new indicators of democracy for all countries since 1900.

Results this past year from a pilot study of 12 countries confirmed that the project will do what it is intended to do: measure democracy in a fine-grained way, with plausible variation from year to year, country to country, and dimension to dimension.

“It was tremendously helpful to have John in residence in 2011–12,” Coppedge says. “It is often easier to make decisions about thorny conceptual and administrative problems in a face-to-face discussion than it is by e-mail, and we had such discussions many times every week.”

Now past the mid-point in the project, what is most exciting to Gerring are the many potential uses for the collected data.

“With the data, scholars can test democracy’s causal effect as an independent variable,” he explains. “They can ask questions like: does democracy hinder economic growth, contain inflation, promote public order, or ensure international peace?”

He expects that the V-Dem data will also be used by development agencies to assess the state of democracy in a given country, whether certain policies are working, and perhaps even play a role in the conditional transfer of funds.

Other prime users, Gerring notes, will be activists.

“We hope that our data allows people who are working around the world to transform their political systems to get a better handle on what’s working and what’s not.”

The V-Dem project has sharpened Gerring’s own theories of democracy.

“If you had asked me several years ago what democracy means,” he says, “I probably would have shaken my head and said ‘lots of things.’

“Now, though, I’m happy with the idea that there are seven principles of democracy—perhaps a few more more that we haven’t yet identified or to which we haven’t yet reconciled ourselves. That’s a useful way of carving up the subject. In other words, there aren’t an infinite number of ways to think about democracy.”

Even while the V-Dem project is in full-throttle mode, Gerring is working with other collaborators to unravel some of the other mysteries of democracy, as well as puzzles related to development.

One project is an extension of an NSF-funded collaboration with Mahoney on colonialism and its legacies. The initial project focused on data related to the influence of colonialism on the modern world—an influence the investigators say no people on our planet escaped.

Now, they are re-casting the study to incorporate data related to long-term patterns of development throughout the world.

Most recently, Gerring has been immersed in two interconnected, collaborative, large data-set projects: the first relates to democracy and population, the second to democracy and diversity. Both studies aim to answer the overarching question: Are populous, diverse polities more democratic?

Gerring’s working hypothesis is that a large and diverse country offers numerous platforms upon which opposition to a regime can form.

Whether based on business, professional, labor, religious, civil, ethnic, caste, or regional ties, the more social groups there are and the greater the dispersion of possibly conflicting interests and values, the harder it will be for an authoritarian ruler to co-opt the opposition, and the easier it will be for opposition leaders to find potential bases of support.

He explains that the democracy and population study came about through musings on what he calls the “classical” view of the relationship between size and democratic principles.

“If one thinks about the participatory dimension of democracy, we generally think that the smaller the polity the more likely it is to be democratic,” he says.

“Yet, if we think about some of the other dimensions of democracy—the electoral dimension, for example, which signifies the degree to which there is contestation, multi-party elections, and constraints on the exercise of power—there may very well be a different relationship, one in which larger polities are more democratic than smaller ones.”

With Boston University graduate student Dominic Zarecki, Gerring is analyzing this puzzle across national and sub-national settings. The factors they are exploring include measures of competitiveness, closeness of the vote between the two highest vote getters, and the degree of turnover in elected officials.

Complementing Gerring’s population and democracy investigation is a large-scale investigation into the relationship between democracy and diversity. Its genesis was a pattern Gerring perceived in the data he was collecting for the initial population study.

“Just by playing with the data,” he recalls, “I saw that while we usually think of homogenous populations as more democratic, that did not always seem to be true.”

He points to two countries that could be interesting case studies:  India and Papua New Guinea. They are two of the most diverse countries in the world, yet, despite many conflicts, each has been a stable democracy since independence.

In his efforts to get to the root of this second puzzle, Gerring has enlisted both Zarecki and former Kellogg International Scholar Michael Hoffman ’10, now a PhD candidate in political science at Princeton University.

While the three are well versed in the intricacies of large data-set investigations, they have found that the diversity study has heightened challenges.

“If you think that it is difficult to measure democracy, measuring diversity is probably worse,” Gerring notes ruefully.

A perfect example is presented by the attempt to categorize religious identity. That may seem to be a straightforward task, Gerring says, but it can quickly become more complicated. For example, should members of different sects be categorized as belonging to the same religion?

And while that kind of scrupulous discrimination is just the tip of the iceberg in the study, it is the kind of challenge Gerring savors.

Autocracies “on the Ropes”

As Gerring’s fellowship drew to a close, he declared himself energized by progress made on many fronts.

The Kellogg Institute, too, benefited from his presence.

“John contributed richly to Kellogg's intellectual community,” says Faculty Fellow Scott Mainwaring, while more than a few fellows and graduate students noted the insightfulness of his questions and comments in the weekly lecture series.

Coppedge thoroughly agrees, adding “It was a treat for graduate students to have such a prominent scholar co-teach a seminar with me in the spring.”

Part of the appeal to the Kellogg community was undoubtedly Gerring’s talent for asking stimulating questions—a habit he shows no signs of stopping.

As both a scholar and a citizen, Gerring is intrigued by the many burgeoning pro-democracy movements around the world—from those connected to the Arab Spring, to opposition movements in Africa and Latin America, to an array of subnational movements.

“It is exciting for those of us who study democracy to see that autocracies are really on the ropes—everywhere,” he says. “Whatever the factors driving these many movements, there’s no autocratic system that’s safe right now.”

Scholars at the Kellogg Institute and around the world will be watching to see how Gerring incorporates these new developments into one of his many analyses of democracy past and present.