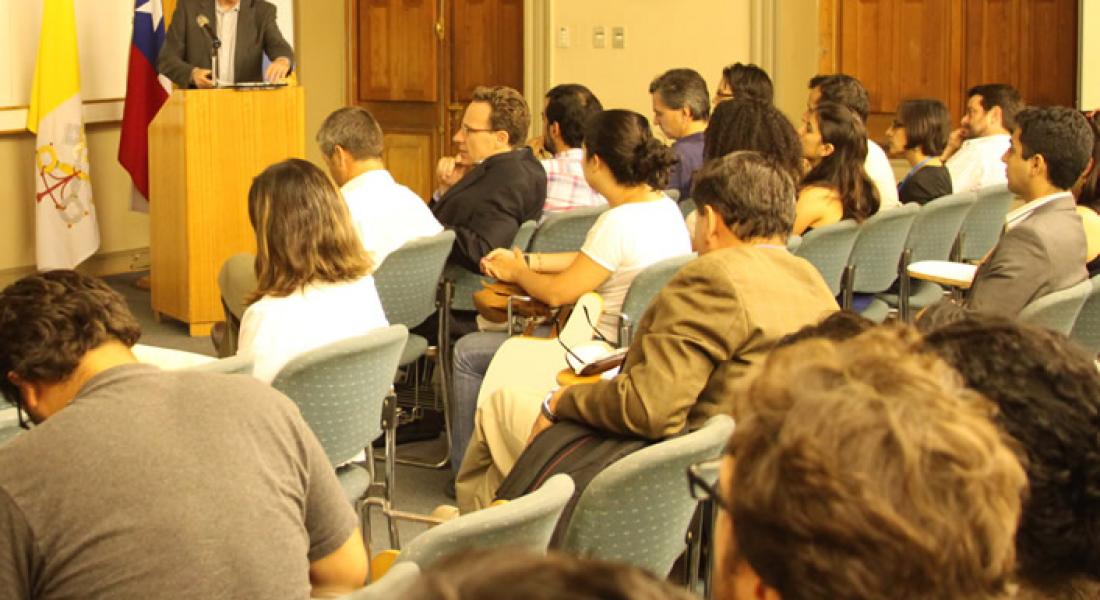 Researchers and policymakers who attended the first public presentation in Latin America of the Varieties of Democracy project (V-Dem) in January 2014 experienced firsthand the usefulness of the collaborative research effort's detailed and accurate democracy indicators.

"The indices in existence today allow us to see only a limited range in the democracy spectrum, "said former Visiting Fellow David Altman of Pontificia Universidad Católica de Chile (PUC), which cohosted the public event at Santiago's Casa Central on January 8.

"The principal objective of Varieties of Democracy is to allow us to see the full dimensionality and spectrum of democracy," observed Altman, a Notre Dame PhD who serves as V-Dem project manager for Latin America.

Based in the US at Notre Dame's Kellogg Institute for International Studies and in Europe at the University of Gothenberg's Varieties of Democracy Institute, V-Dem aims to make entirely new kinds of democracy research and policy assessment possible by quantifying democracy in all countries from 1900 to the present. V-Dem collaborators include 18 researchers at 13 universities in the US, Europe, and Latin America, with the input of more than 2000 country experts around the world.

As organizers of the Santiago event, Altman and Faculty Fellow Michael Coppedge, one of V-Dem's four PIs, asked their Latin America research team to highlight case studies drawn from the project's democracy dataset. Scheduled for completion in mid-2014, it already dwarfs all other such democracy datasets in the world.

In her presentation of graphs, Kellogg PhD Fellow Sandra Botero, the V-Dem country coordinator for Colombia, demonstrated the fine distinctions the data allows.

"Colombia is an interesting case, a bipolar democracy," she said. "Looking only at formal electoral indicators, it is a stable democracy—but other indicators tell a different story."

"Clearly, there is a problem with anti-system movements challenging the authority of the state and with electoral irregularities and vote-buying, among other issues." At the same time, the data shows the independence of the high court, in contrast to many other countries in the region.

The public presentation was preceded by a two-day workshop attended by the same members of the Latin America research team.

"This was the first opportunity for most of the managers of the project to meet face to face," said Coppedge.

"It was really exciting for me," he explained. "Our team interacted with the online graphs to explore the data we had collected. This is what these analysis tools were designed for—it was a dream come true!"

Eventually, all the data and many online visualization components will become freely available to the public on the V-Dem website. In the meantime, graphs and maps on about 40 countries will be available by April 1, 2014.

In addition, V-Dem researchers have been invited to publish an article with preliminary data in the Journal of Democracy later in 2014.  A conference volume launching the dataset is planned when data collection and cleaning is finished in 2015.

The public presentation and the research workshop in Santiago received funding from the Andrónico Luksic Grants program, which—thanks to the gift of a Chilean benefactor—facilitates academic collaboration between Notre Dame and the Pontificia Universidad Católica de Chile. Both V-Dem events also received support from the Kellogg Institute and PUC.