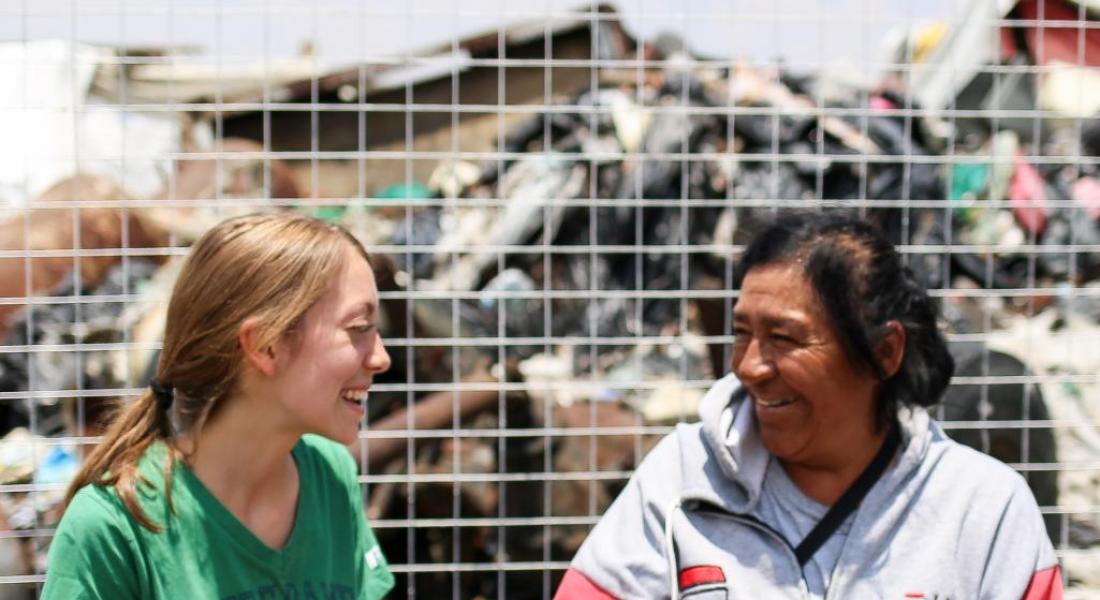 At only my second update, I can hardly believe I have one week left in my nearly six-week stretch. Looking back, I had a varied experience marked with the raw honesty, warmth, and suffering of the people in the basurero; adventures exploring Mexico’s vibrant culture, meaningful interviews, the monotony of endless transcribing, uncertainty and frustration with a new language and societal norms, loneliness, and the relief of new friends. All in all, I am struck with the privilege I have been undeservedly blessed with, particularly in contrast to the poverties borne by people like those in the dump, who lack even the most basic necessities. Unlike them, I not only have water, food, and shelter (from Mexico City's daily thunder storms), but I also am surrounded by people who uphold my dignity and treat me with respect.

Though tedious, transcribing my interviews has allowed me to re-listen and reflect, connecting some of the dots between people’s stories and recognizing important themes. Several participants focused on present social class structures that effectively "seal the ceiling" for Mexico’s poor, feeding the conception that they are inferior persons. As the poorest of the poor here, many consider the pepenadores (those who work and/or live in the basurero) even lower than the city’s other poor and treat them in accordance with their surroundings- as trash. Compounded by government’s blind eye toward their very existence and the fact that many are not registered citizens, the pepenadores are left with a combination of extreme vulnerability to horrors, including kidnappings and rape, and scant access to resources, such as medical care, food, and clean water. Regarding their long-term wellbeing, these destructive perceptions influence their views of self-worth and bar them from integrating into society outside the dump.

Considering these problems, I have come to realize with new clarity the profound importance of empowerment through dignity. Although I began my research project focusing on gaps in medical care, this question of dignity, with its practical value and implications, has risen to the forefront of these people’s most “pressing needs.”

In conclusion, I think I should also note: though I listed several hardships of those in the dump, that suffering only captures one facet of their complex, full lives. Contrary to the popular conception, the families living among the trash transcend their living environment. In fact, interacting with them has prompted me to confront my own personal “poverties," such as attachment to material things or preoccupation with superficial worries, while simultaneously allowing me to refocus on things that truly matter and endure.