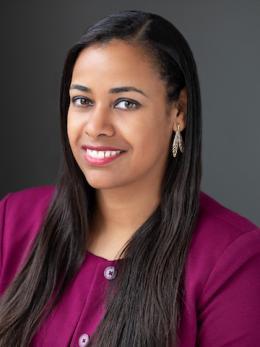 Congratulations to Kellogg Visiting Fellow Danielle Terrazas Williams, who has earned tenure at the University of Leeds. Now an associate professor of history, her work focuses on the social and legal histories of African-descended people in sixteenth- and seventeenth-century Mexico. Her research interests include women’s history, governance, slavery, family, and notions of class and status.

At Kellogg, Terrazas Williams is working on her second book, “Imagining Catholic Empires: Slavery, Freedom, and the Jesuits in Colonial Mexico,” which examines one of the most prolific Catholic religious orders - the Society of Jesus, or Jesuits - and their role in the ministry of African-descended people in Mexico, exploring larger questions of early modern governance and religious acculturation in Mexico.