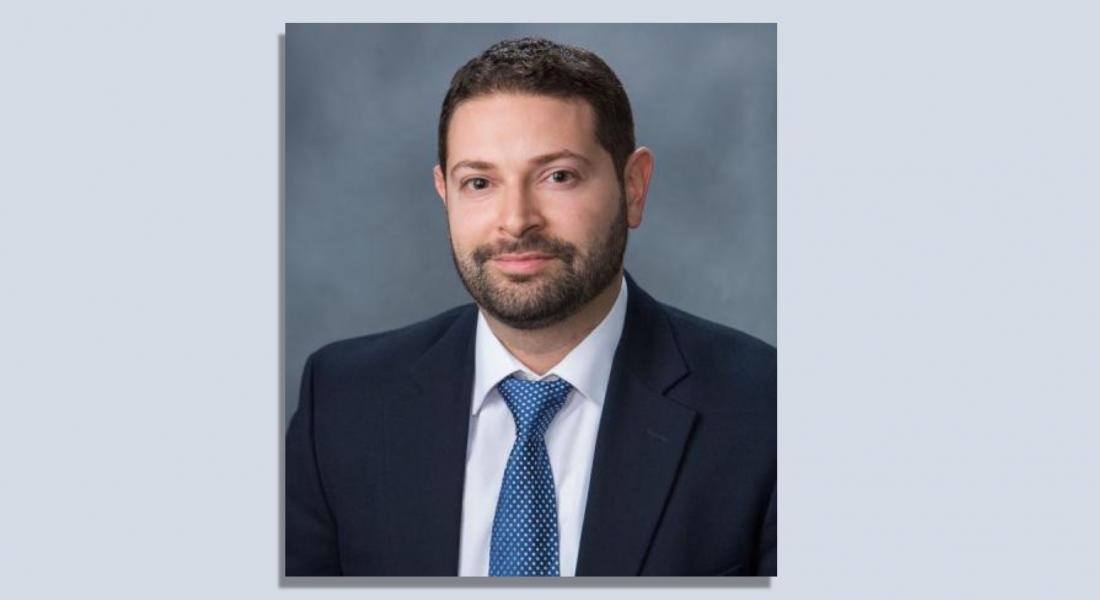 That’s according to Alejandro Castrillón, a Kellogg Institute dissertation year fellow and a PhD candidate in political theory and international relations. His dissertation, “Simón Bolívar and the Reconfiguration of Modern Republicanism,” examines Bolivar’s political thought and how the Venezuelan statesman adapted European political philosophy for a Latin American context.

Bolívar led portions of Latin America to rebel against Spanish colonial rule and is considered the founding father of six Latin American nations: Venezuela, Bolivia, Ecuador, Colombia, Peru, and Panama. His unorthodox ideas combined elements of both republicanism and authoritarianism, and, nearly 200 years after his death, scholars continue to debate whether he was a liberator or tyrant.

Bolívar’s ideas influence governance in the region even today, with politicians using his writings to justify everything from an elimination of presidential term limits to the presence of a moral republican council in Venezuela.

“No one agrees on who this man was or the nature of his project,” said Castrillón, whose methodologies include text-mining, archival research, and close textual analysis of European philosophical texts alongside Bolívar’s writings.

He describes his research, including why he thinks Bolivar’s ideas were “uniquely modern,” below.

Your work evaluates two of Bolívar’s writings – the 1819 Angostura draft constitution for Venezuela and the 1826 Bolivian Constitution – in the historical context of 19th century Spanish America. Describe how the political and social climate of that time shaped Bolívar’s ideas.

Simón Bolívar’s two constitutional projects were shaped in large part by his grasp of European political philosophies and the need to adapt them to meet the circumstances facing Spanish America. Bolívar faced a diverse set of competing factors: an expansive territory, an entrenched regionalism among local elites, the standing of the Catholic Church in society, and the remains of Spain’s racial caste system.

To reconcile those challenges with the demands of a free government, which included protections for natural rights and balanced government powers, Bolívar devised new and unorthodox institutions. He eschewed simply importing ideal political types derived from European philosophy. In his eyes, the constitutional models for England, the United States, and France were unsuitable for the diverse peoples and needs of the Americas.

The end result of his two constitutional proposals is an amalgamation of different political priorities, some in tension with each other, though each seriously concerned with stabilizing order and embedding liberal principles in society. Today, far removed from Bolívar’s intellectual and historical context, we may judge his proposals with skepticism, both in terms of their historic efficacy and insofar as how they might have benefited the region rather than his self-aggrandizement. However, close attention to his writings reveals a cautious political project designed to bring about a gradual revolutionary change.

Describe the text-mining techniques you’re using and how they’ve aided in your research.

I began using text-mining techniques in the spring of 2019 thanks to the available computing courses at the Hesburgh Library offered by Eric Morgan, who worked closely with me in acquiring data, building a digital infrastructure, and analyzing patterns. First, I web scraped the Simón Bolívar Digital Archive to analyze 12,467 documents, ranging from personal and official letters to decrees and proclamations. Then, by using Python computer language and Standard Query Language (SQL), I have started to catalogue the information into a searchable database in terms of dates, addressee, location, and type of correspondence.

This work has yielded fast results in piecing together the constitutive parts shaping Bolívar’s political concepts, such as virtue and liberty, and it has helped me to survey changes in his political opinion across time.  The text-mining aspect of my research is still an ongoing process. Despite the large collection of Bolívar documents available at the Venezuelan digital archive, there are still others that need to be included in the dataset. In addition, Mr. Morgan and I are still engaged in further cataloguing the data and determining new ways to use these techniques to search for less perceptible patterns. For instance, I plan on distinguishing between Bolívar’s public pronouncements and his private letters to determine whether he delivered contradictory messages to different audiences.

What new contributions does your dissertation make to our understanding of Bolívar and his political thought?

My dissertation provides a new perspective on how to understand Bolívar’s nation-building efforts by looking closely at his two constitutional drafts in tandem with the writings of political philosophers like Montesquieu, Rousseau, and Benjamin Constant. I argue that his political projects were uniquely modern, drawing primarily on Enlightenment understandings of how human passions relate to politics and the new science of institutional design, in order to tailor unique political solutions for Latin America.

Overall, Bolívar adhered to classical liberal ideals that sought the protection of natural rights and balanced government. However, the perceived need for regional adaptations often required a social counterpart to institutional design to foster shared opinions and allegiance to the new republics. This emphasis on cultivating citizenship created new variants of liberalism: a patriotic liberalism in 1819 and then a social liberalism in 1826.

Although Bolivar has many followers in Latin America, his contributions to political theory are little studied in North America. I hope that my research will foster a greater appreciation for the contributions of diverse thinkers across the Americas. My project builds a bridge for categorizing and understanding distinctiveness that Bolivar contributes to liberal democracy, his political adaptations, and the impact that their legacy continues to leave today. Furthermore, I would like my research to connect North American scholars to the rich literature available in Latin American scholarship.

How can Bolívar’s ideas shed light on the challenges of governance today, both in Latin America and in the United States?

In the case of Latin America, Bolívar’s vision for a hemispheric institution uniting all American republics highlights the present-day challenges facing the region. In 1826, Bolívar initiated the creation of the Panama Congress to act as a defensive alliance to preserve the nascent republics. However, differing national priorities scuttled the Congress before its first meeting. Today, the international project remains both a testament to political optimism and the intractable difficulties of international cooperation. The Panama Congress serves as an idealistic goal that institutions like the United Nations and Organization of American States attempt to enact to this day. Its failure is a reminder of the difficulties that abound in international cooperation when national interests clash as they do presently in the region with matters regarding migration, illicit drug trade, and international trade.

For the US, Bolívar’s efforts to create a shared set of opinions for a diverse citizenry might be instructive given the circumstances we find ourselves in today. Bolívar faced the reality of a racially diverse society that had existed for centuries under a hierarchical caste system. Although the problems facing the US are different, the question of the necessity of political unity and how to achieve it remains much alive as it was for Bolívar in the 19th century. Can a country survive without having its citizens sharing a firm commitment to it and holding at least some basic opinions in common? How can one reconcile individual liberty with patriotism? For a country as bitterly divided as the US, Bolívar’s thought provides alternative answers to those pressing questions.

How does your work tie into Kellogg’s core research themes of democracy and human development?

Bolívar dealt with the profound challenges of establishing new republican governments after a long and protracted war of independence. A lack of economic resources, a preponderance of foreign threats, an increase of internal instability, as well as a hierarchical and racially divided society were but a few of the difficulties facing Bolívar’s nation building. My project seeks to understand how Bolívar’s unique brand of republicanism responded to these factors. His constitutional proposals were intended to be liberal, but their institutional arrangements are unlike the familiar models of the United States, Great Britain, or France.  These republican proposals reveal how European political theories could be used, modified, and transformed to fit the local demands and circumstances of different nations.

We stand to gain a broader perspective on the history of democratic thought, the development of civic educational programs, and on how theories are translated into practice. In addition, this work will also serve as a foundation to better delineate the legacy of Bolívar’s ideas in contemporary democratic politics in Latin America.