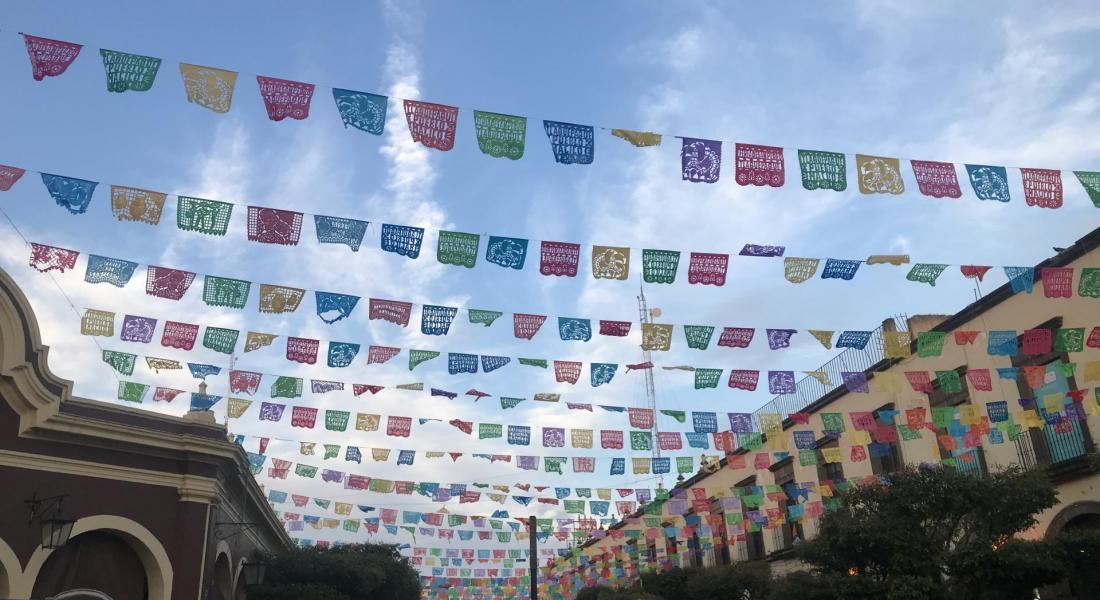 The last two weeks started with a short day trip to nearby Tapalpa, one of Mexico's pueblos magícos. A doctor with whom I had the pleasure of working throughout my first two weeks invited me to travel there with her and her family to attend a traditional first communion party for the child of one of her co-workers. It was amazing to see what a real Mexican fiesta looks like, with the band playing music in the background and tasting traditional Mexican foods. After the fiesta, we strolled around the town center for a bit, which served as proof as to why the town is called a pueblo magíco. I also visited Tlaquepaque, a suburb of Guadalajara known for its craftsmanship, with other Projects Abroad volunteers. The town was incredible, and watching the mariachi was a delightful experience.

As for my work placement, I am continuing to learn so much, not only about the medical field in general, but about the Mexican healthcare system as well. Last week, I was in pediatric surgery and this week I am in the emergency room for children. Some of the discussions I have instigated include whether or not vaccinations are controversial in Mexico, what the largest health issues for children in Mexico are, and then following up with why that is. I learned that it is not a lack of information provided in school, but more of a cycle of poor health since parents typically encourage behavior contrary to the advice and information provided in schools. I have also noticed that at social functions Coca-Cola is more readily available than water, because people have to buy their drinking water and soda is cheaper. I also talked to a medical intern about government involvement in hospitals, and he said that improving the healthcare system is not a priority and never has been. It still amazes me how often I get the response that something is a certain way because it is a public hospital, but would be much different in a private hospital because, at least from my experience in hospitals both private and public at home, the standard of care is almost the same. Today, two high school shadowers joined my service and I was able to ask them about the medium of the education system to promote good health. Their answer was that it is very minimal. I also spoke to them about the prevalence of teen pregnancy, and they were able to give me insight on some of the motivations their friends have had.

My Spanish also continues to improve, and while I still have to ask locals to slow down sometimes, I am proud to be able to recognize the vocabulary and have natural conversation. I am also catching on a lot of colloquial language, which is so invaluable to me, as I would have never been taught these phrases in the classroom.