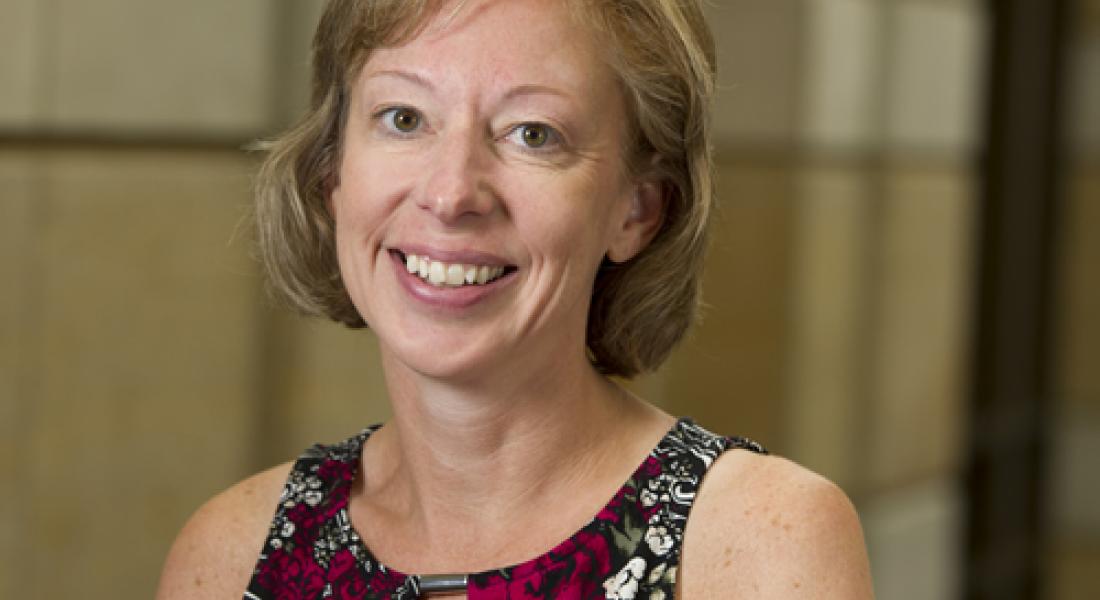 I. A. O'Shaughnessy Dean of the College of Arts and Letters John T. McGreevy presented the 11th Arts and Letters Award of Appreciation to Kellogg Institute Assistant Director Holly Rivers on September 10 in recognition of her dedication to "bringing the world to our students and bringing our students to the world."

"Holly is the life force of an astonishing array of undergraduate programming at the Kellogg Institute," he said, quoting a letter written by a faculty member. "She works endlessly to innovate new and better programs for undergraduates."

"Holly is the person who says to our students that they can and should get themselves out of their comfort zone and out into the world—and that she will help them do it."

Overseeing all the Institute's undergraduate student programs, Rivers manages two minors—International Development Studies and Latin American Studies—as well as the Institute's flagship International Scholars Program and a variety of internship and research fellowships that take students around the globe.

The College received a "remarkable" number of letters in her support from undergraduates, McGreevy said. The letters speak to her high expectations and willingness to help students meet them.

"I truly do love working with students," said Rivers in accepting the award. She also acknowledged the critical contribution of faculty. "This only works because I send the students out to you," she said.

According to one faculty member's count, Rivers has "advised, oriented, and assisted" over 350 students in Arts and Letters while connecting over a hundred undergraduate International Scholars to work one-on-one with dozens of Kellogg faculty fellows, more than 40 of them from Arts and Letters.

Rivers came to Notre Dame in 2002 to join the Kellogg Institute staff. A former high school teacher who served in the Peace Corps in Gabon, she holds an MA in international affairs with specialization in Latin American studies from Ohio University.

The Award of Appreciation is given annually to a faculty member or staff person outside the College of Arts and Letters who has contributed significantly to the mission of the college.