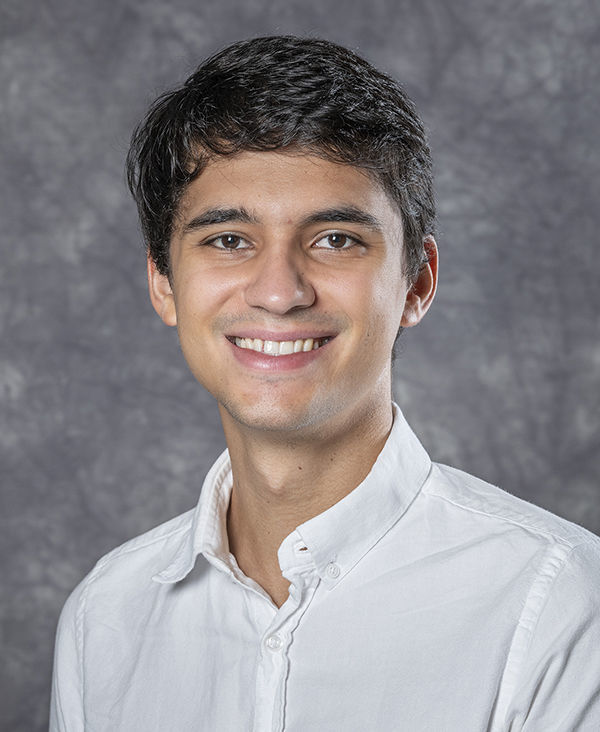 Luiz Vilaça is a PhD candidate in the Department of Sociology and a PhD fellow in the Kellogg Institute for International Studies. His research focuses on the sociology of law, organizations, and politics. Vilaça received a bachelor of science in industrial engineering, as well as a bachelor of arts and master of arts in political science, from the University of Brasília.

Talk a little about your dissertation research on how state organizations build autonomy and fight corruption.

In unequal societies, power often translates into impunity. As a result, corrupt politicians or business executives often don’t pay for the crimes they commit, especially in contexts in which corruption is widespread. That was the case with Brazil, where most anti-corruption investigations tended to fail after the country’s transition to democracy in the 1980s. In a space of a few years, however, Brazilian prosecutors startled the world by dismantling multiple schemes of bribery and kickbacks across several public and private organizations, in a case known as Operation Car Wash (Operação Lava Jato).

My research takes Brazil as a case study to examine how investigative bureaucracies build autonomy and capacity to prosecute corruption in the highest levels of government. My dissertation addresses the questions: Why do political elites empower investigative bureaucracies, since elites themselves may become victims of prosecution? Why are some investigative teams more effective at prosecuting cases of grand corruption than others? Why does corporate and political corruption remain secret, sometimes for decades, given the interpersonal and interorganizational coordination they require?

To answer these questions, I conducted more than 100 in-depth interviews with Brazilian federal prosecutors, detectives, judges, and politicians involved in several corruption investigations with different outcomes. I supplemented interview data with document analysis of investigative reports, criminal and civil suits, and judicial decisions. Additionally, I am currently building a unique and fine-grained dataset that tracks the judicial proceedings of each of the 600+ defendants charged as part of Car Wash. This dataset will allow me to test not only why some branches of Car Wash managed to obtain more convictions than others, but also which individual-level characteristics of defendants (e.g., their profession or political party) are associated with higher chances of being convicted or obtaining harsher sentences.

Why is it particularly important to be researching corruption right now?

Corruption scandals have been popping up everywhere. While we know that many countries in the global south suffer from systemic corruption, which leads to increased poverty and inequality, this is also a problem for advanced industrialized democracies. Even in the US, for example, we have witnessed cases of senators who allegedly tried to use information on the coronavirus they received in the course of their Senate duties for their own profit – what we commonly refer to as insider trading. Therefore, understanding why prosecutors manage to press charges and convict corrupt politicians is a pressing issue that can have substantial impacts for democracy and development in Brazil and beyond.

What inspired you to investigate this issue?

There are two main factors. The first relates to my lived experiences in Brazil. When I was finishing my master’s in Brazil, before moving to ND, I noticed how my country was changing drastically because of corruption investigations. In Brazil, as in many other developing countries and even in established democracies, corrupt politicians and business executives almost always escaped punishment. However, Operation Car Wash drastically changed this scenario as more than 200 politicians and business executives were convicted of corruption in a space of a few years. Therefore, Brazil presented the perfect case to study how investigative bureaucracies built capacity and autonomy to prosecute corruption.

The second factor relates to my experiences in sociology. When I was taking courses in the beginning of grad school and preparing for my area exams, I realized that sociologists had not been paying attention to corruption. This theme had been important for sociology from the 1940s to the 1980s but had almost vanished from sociological studies since then. Paradoxically, this was precisely when corruption was starting to gain a central place in the transnational agenda. Thus, I saw the opportunity to bring in a sociology lens to the study of anti-corruption investigations, shedding lights on new factors that may have been overlooked by studies from legal scholars, economists, and political scientists. 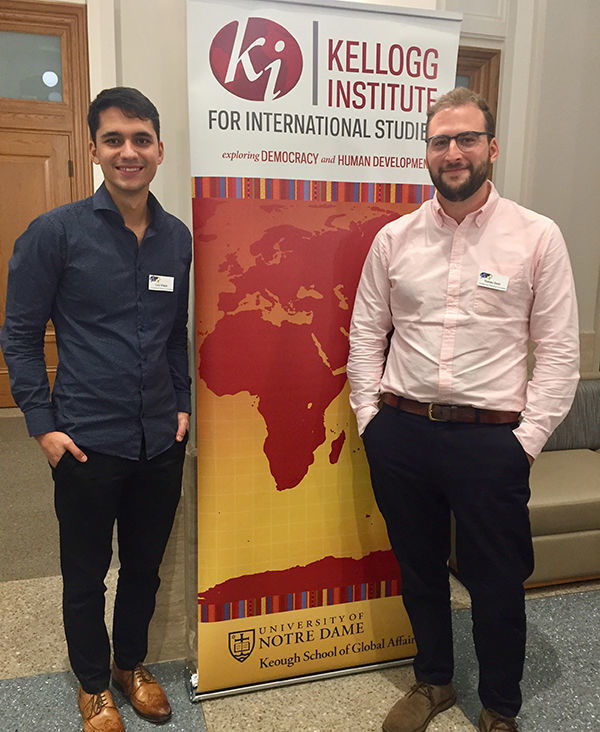 What drew you to Notre Dame?

Notre Dame’s Department of Sociology is really strong in political sociology, and more specifically on state and public administration, as well as social movements. These two areas are crucial to my research. In addition, the Kellogg Institute is recognized across the world for its excellence in international research, with a particular focus on Latin America, which is where my research is based.

What are the strengths of the PhD program in Sociology?

It provides a very robust training in methods, both quantitative and qualitative. The department’s expertise in a number of areas provides me and the other students the opportunity to receive feedback from a diverse audience. That has been really fruitful and contributed to improving my research.

My work with my dissertation co-chair (Kellogg Faculty Fellow) Erin McDonnell has been an invaluable experience. Erin is not only a role model as a scholar, having published in every top journal in the field, but also an incredibly thoughtful mentor. She has always graciously agreed to read my work, to meet with me to brainstorm and revise my theories, and to give me constant feedback.

How has your experience as an international student impacted your research?

In many ways, being an international student can be challenging, especially for students like me who did not obtain their undergraduate degree in the US. It can take some time to adapt to the new environment, as well as to writing academically in another language. However, I also believe that being an international student puts me in a unique position to explore and address important gaps in sociological debates by drawing on my lived experience and research in other countries.

American sociology has traditionally been focused on the US, which means that international students can also leverage their position to bring in new cases and new data to shed light on important discoveries that might have been overlooked.