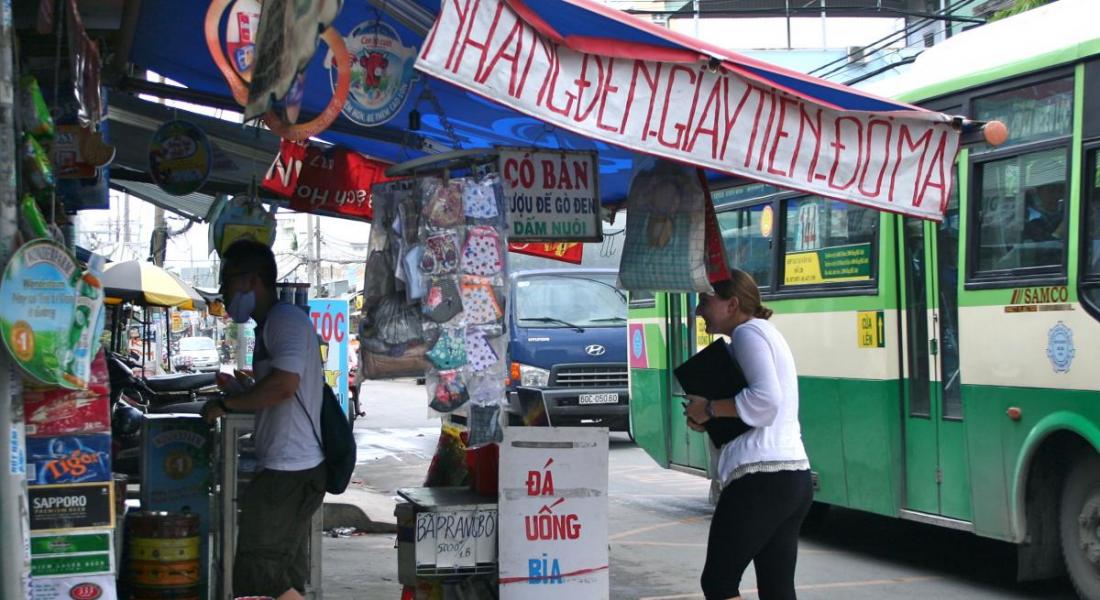 I worked with both Professor Guisinger and Professor Nickerson to develop a survey that would give me data on people's opinions on China based on previous exposure to Chinese investments and also based on a "treatment" exposure that I gave randomly to 1/3 of the sample during the survey. The goal is to find out whether or not economic cooperation can be a solution for decreasing tension between China and other countries. Everyday in Ho Chi Minh City (HCMC/Saigon) and Hanoi, I went out with my survey assistants, Hung and Minh, and randomly (or at least as randomly as I could) collected results from every urban district there. Unlike in the United States, most people in Saigon were unaccustomed to filling out surveys, so it was quite challenging at first. We usually collected around 45 a day that I would then put into my computer that night for later analysis. While I had originally planned to survey in 6 cities in Vietnam, I quickly found that would be an impossible task, so instead, I decided to collect more results from only Hanoi and Saigon to be able to compare results from the political and economic capitals of Vietnam. I was able to collect close to 600 results in about 3 weeks per city.

The preliminary results are pretty promising. So far, it does indeed look like economic cooperation can change public opinion towards China. In fact, mentioning economic cooperation in the prompt changed reactions on the relationship between Vietnam and China from slightly negative to slightly positive, which is pretty remarkable considering just how hot things are between the two countries. What this could mean is that economic cooperation should be pursued, emphasized, and publicized to negate tensions in other areas and prevent things from boiling over in the South China Sea (or the East Sea as people call it in Vietnam-- all about perspectives).

(Deanna Kolberg is a member of the International Scholars Program.)