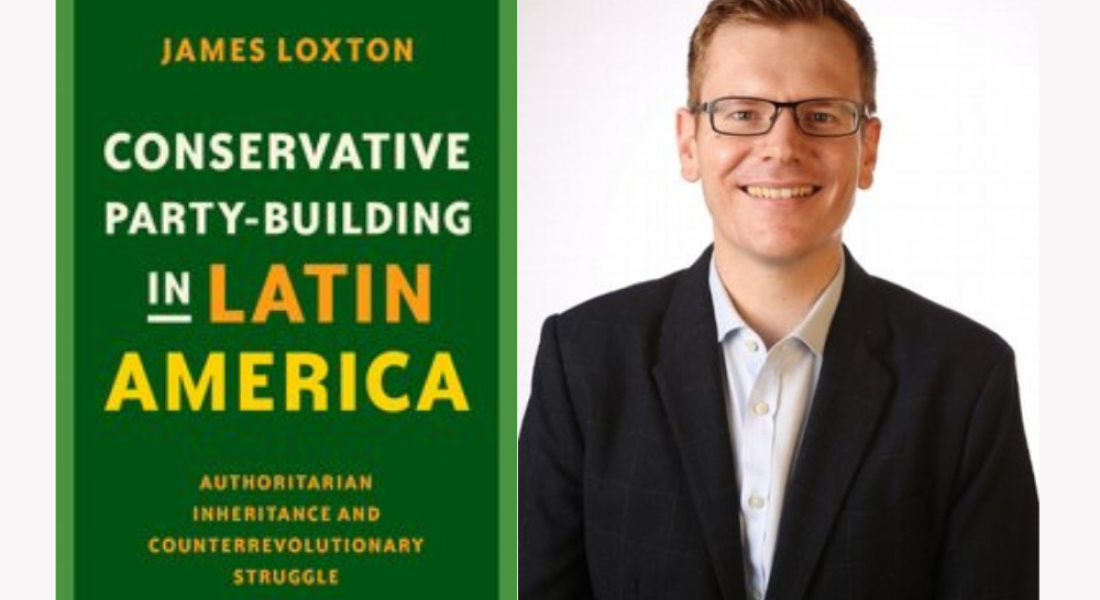 Awarded every two years, this CPSA prize was established to recognize outstanding contributions of political scientists to the field of comparative politics.

Calling Loxton's book "very interesting," the jury report stated that it "presents a great comparative design, mobilizes significant amounts of data from varied sources and offers very thorough case descriptions." It added, "Besides a contribution to Latin American politics, this book can be readily used in the classroom."

Loxton worked on Conservative Party-Building during his 2014-2015 visiting fellowship at the Kellogg Institute. The book examines new conservative parties formed in Latin America between 1978 and 2010. Through a comparative analysis of failed and successful conservative parties in Argentina, Chile, El Salvador, and Guatemala, Loxton finds that the strongest parties had their roots in former dictatorships. They inherited a range of resources from outgoing authoritarian regimes that, paradoxically, gave them an advantage in democratic competition. He also highlights the role of intense counterrevolutionary struggle as a source of party cohesion.