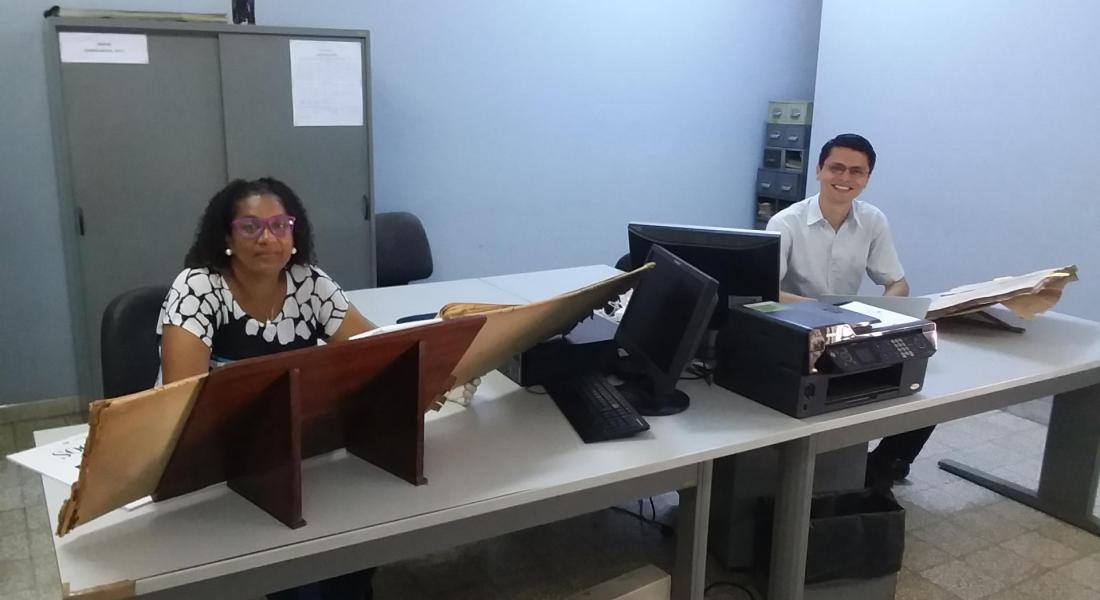 By the mid 1800s, slavery in the New World – most notably, in the United States and Hispanic Latin America – was approaching its end. But in Africa, where millions of captives had been taken from, the growth of slave plantations was well underway.

Kellogg Dissertation Year Fellow Esteban Salas, a historian and Africanist, takes a unique approach to examining the demographic, social, and legal meanings of slavery during this period in the Portuguese colony of Angola, focusing on the coastal region of Benguela. His dissertation, described as “revolutionary” by one of his advisors, challenges the prevailing view that the relationship between Africa and the New World was a one-way street. Instead, he seeks to understand how the slave trade in the Atlantic region shaped the institution of slavery within Africa.

“I focus on the people who stayed on African soil and continued forging local societies despite the massive deportation of enslaved human beings,” Salas said.

Learn more about Salas and his work in the Q&A below.

By some estimates, 45 percent of all enslaved Africans sent to the Americas left from ports in Angola. What is your contribution to the scholarship on the impact of the Atlantic slave trade on Angolan societies from 1760 to 1860? And why is that period important?

During that period, West Central African societies experienced some of their major transformations before the 20th century due to the height and later prohibition (1836) of the transatlantic slave trade. While other studies have focused on the impact of the slave trade operations on local societies, my work explores the early expansion of Portuguese colonialism around agricultural production – the largest economic activity outside the slave trade – that happened in hand with the slave trade.

Previous scholarship has studied plantations in the second half of the 19th century as a result of the “legitimate trade” of crops that consolidated after the prohibition of the slave trade. Instead, I argue that the period 1760-1860 already shows vital characteristics of the birth of the plantation system, including the expansion of slavery and the resistance to forced labor among local populations.

How did slavery change the region of Benguela and conversely, what impact did it have on Portuguese colonialism? 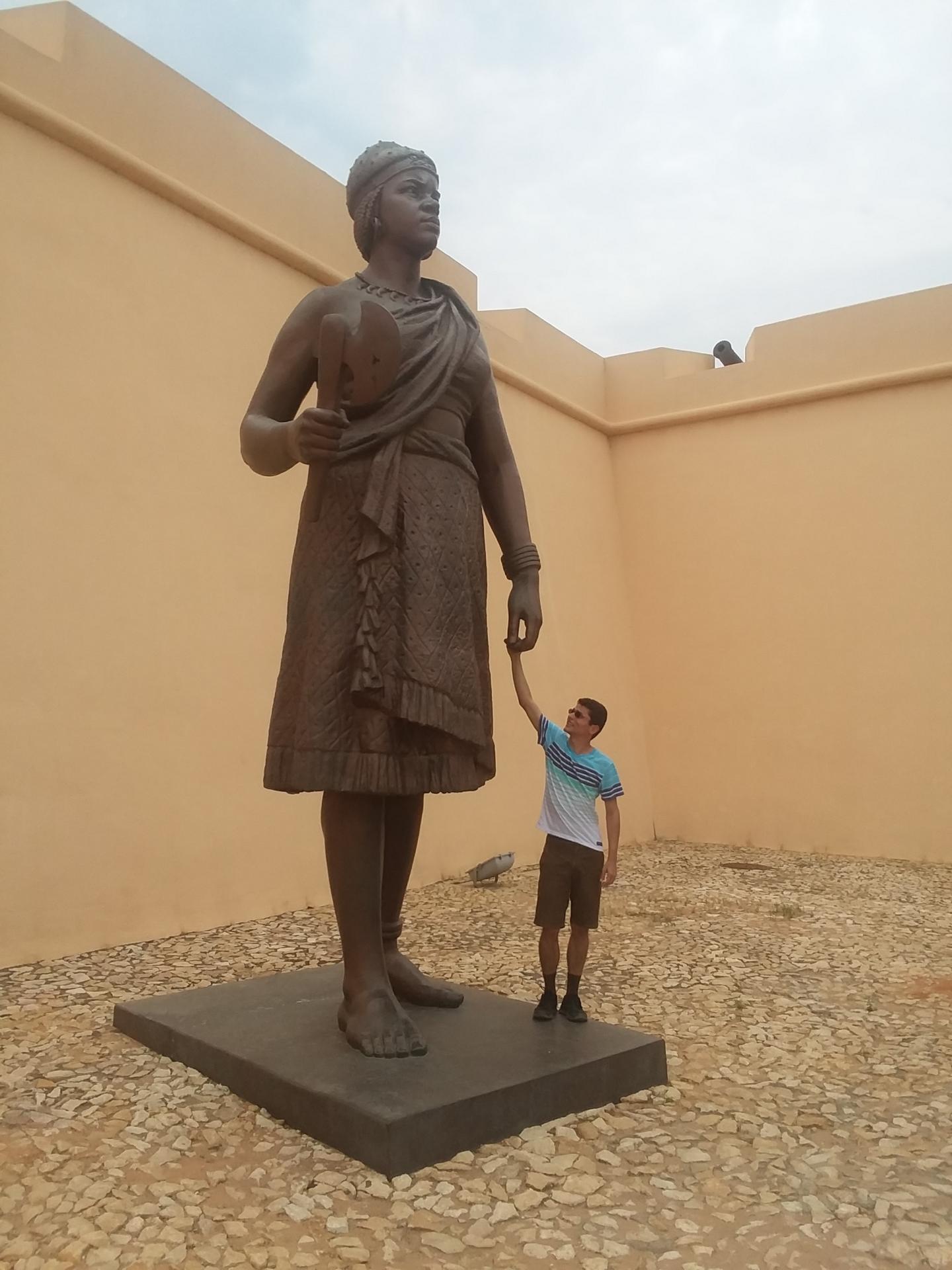 Portuguese colonialism enforced the expansion of slavery in the region of Benguela. The Portuguese crown and agents paired the height of the transatlantic slave trade with the growth of their control of the region of Benguela in the last decades of the 18th and first decades of the 19th centuries, forcing the reconfiguration of local slavery. One of these changes happened in the colonial control of agricultural production that increasingly relied on forced labor. Slavery went from relations of dependency, in which mostly outsider captives originally from enemy states would be at the bottom of local societies, to a process of commodification, individual kidnapping, and trickery. This meant that, over time, insiders and people from neighboring colonial settlements, vassal chiefdoms, and autonomous states were more vulnerable to captivity, re-enslavement, and deportation to other parts of the world. African people complicated colonial expansion by resisting to forced labor, the slave trade, and Portuguese rule.

Part of your work addresses the debate of whether slavery in African societies was or was not violent. What’s your verdict? And how was slavery within the area you study in Angola similar or different from the experiences of other societies around the Atlantic?

Violence was intrinsic to the slave and colonial society of Benguela and expanded along with slavery in varied ways during the second half of the 18th and first half of the 19th centuries. These included kidnapping both outside and within areas of colonial jurisdiction, captivity for debts, retention of pawns, deportation of local captives, and raids of autonomous states and chiefdoms.

Regarding the larger Atlantic world, the expansion of violence and slavery in West Central Africa complicates global historical narratives that have described this period as an era of emancipation. The “Age of Revolution” witnessed not only the American Revolution, the French Revolution, the Haitian Revolution, jihad in West Africa, and the movements for independence throughout the Americas, but also the resistance of local populations to the expansion of captivity, dispossession, inequalities, and colonialism in West Central Africa.

Connections with other scholars have been crucial for your work. How have your interactions at the Kellogg Institute shaped your work?

My interactions with other scholars at the Kellogg Institute have helped deepen my understanding of my research topics and their broader implications for other time periods, areas of the world, the global perspective, and gender, age, and racial relations. Mariana Candido, a former associate professor of history at the University of Notre Dame and a former Kellogg faculty fellow, helped me explore the relevance of the history of slavery in West Central African societies – from where more than half of the 12 million people forced in the transatlantic slave trade were deported – and the voices of African peoples for the configuration of the globalized world. Faculty Fellow Paul Ocobock’s scholarship has shed light on some of the significant connections of my period of study with the subsequent history of Africa in the 20th century, especially regarding the nature of the state and European colonialism.

Other interactions have included scholars who have participated in the Africa Working Group and the Latin America Working Group. For instance, Professor Marisa Fuentes’ (Rutgers University) talk in 2018 on African captives in the Atlantic world from a Latin American history perspective helped me think more thoroughly on some of the global implications of the violence in slave societies and how it affected the lives of enslaved people.

How does your dissertation shed light on the concept of human development – one of the Kellogg Institute’s core research themes – in West Central Africa?

By provoking social, economic, and political inequalities, the transatlantic slave trade transformed societies across the Atlantic during around 400 years – from the 16th through the 19th century – and seeded some of the bases upon which human development has continued to take shape after the prohibition of the slave trade in the 19th century. In consequence, in West Central Africa, early Portuguese colonialism contributed to mine the economic and, ultimately, political autonomy of local societies. The expansion of slavery disarticulated family and community ties of not only enslaved, but also free people around them. Yet, local populations resisted to slavery and violence by fleeing, changing owners and places of residence, avoiding areas under colonial jurisdiction, and playing the Portuguese legal system in their favor to claim back their dependents in cases of kidnapping.

Overall, my dissertation adds a broader perspective to the scholarship that has shown how forced labor remained allowed under other names in colonial jurisdiction until the mid-20th century, perpetuating exclusion. The resistance of local populations to this system helped motivate the struggle for liberation from colonial rule in the second half of the 20th century, shaping independent West Central African societies until the present. 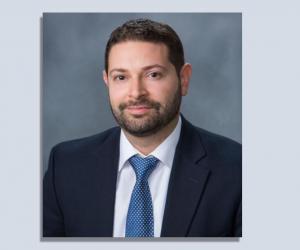