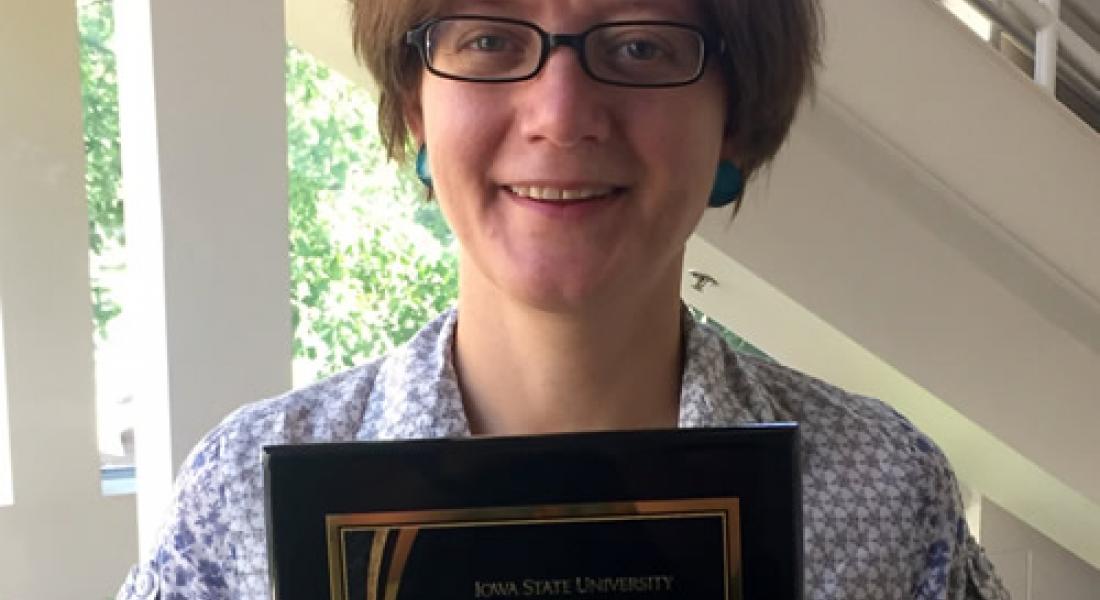 Visiting Fellow Amy Erica Smith has received the Award for Early Achievement in Research from the Iowa State University (ISU) College of Liberal Arts and Sciences, where she is assistant professor of political science.

The award, which was formally presented at ISU on September 14, recognizes Iowa State faculty who have demonstrated outstanding accomplishments in research unusually early in their professional career, including national and international recognition in the academic community and evidence of a positive impact of their research on their discipline.

Specifically, Smith was commended for “an extraordinary research record for a faculty member who joined Iowa State in 2012.”  Over her career, she has published one book and 14 peer-reviewed articles. She was also recognized for her work with the well-known Latin American Public Opinion Project, which “has resulted in several technical reports documenting our understanding of the political views in those countries.”

"I am delighted and honored to receive this award,” said Smith, who is in residence at the Kellogg Institute for the academic year. Her research examines the ways in which citizens in new and less-developed democracies learn the political information, attitudes, and behavior that make democracy work.