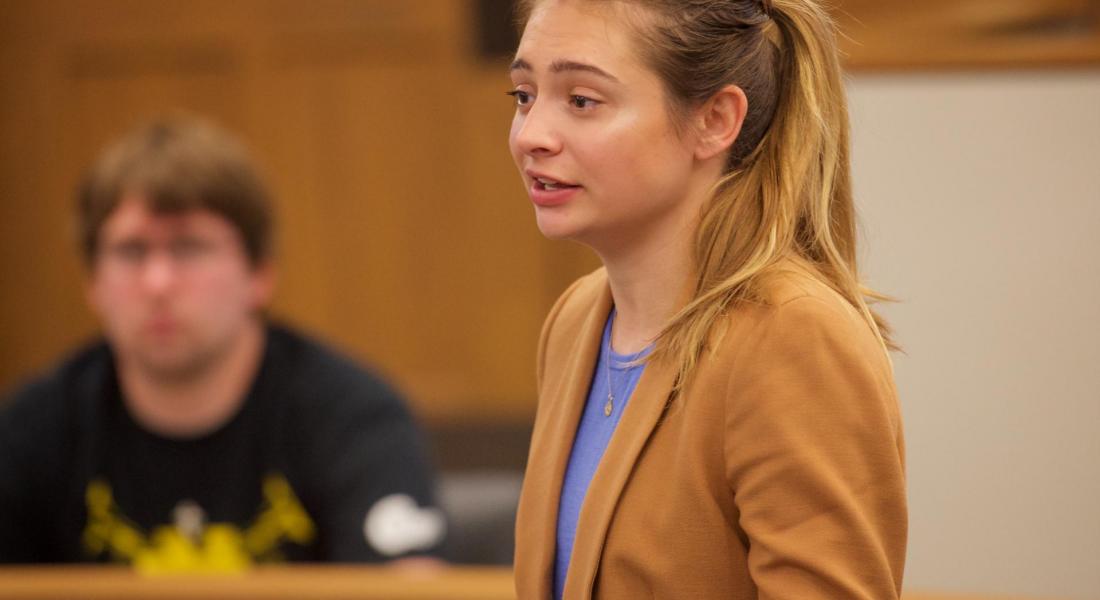 As a Kellogg International Scholar, senior Abigail Veres ‘18 combined an unusual path of study – a major in accountancy and a minor in sustainability – to focus on the allocation of scarce environmental resources.

That’s because she has an unusual career goal: to open her own farm, along with a small non-profit tax business to help those unable to afford tax assistance.

She credits the Kellogg International Scholars Program (ISP) with giving her real-world experience in economics and environmental studies to help her get there.

ISP is one of the “infinite ways to be wildly successful through the Institute,” she said.

The program paired her with former Kellogg Faculty Fellow Emily Block, a management professor with expertise in organizational behavior and the role of business in conflict prevention.

Block, now at the University of Alberta in Canada, said Veres’ openness to new ideas “allows her to be extremely creative and innovative.”

She “turns off her memory and turns on her mind,” Block described, taking a new idea and looking at it through different lenses and new angles, then using it as a launching pad for out-of-the-box strategizing.

Veres assisted Block in research on climate adaptation projects in Africa, the study of brewery acquisitions abroad, and Canada’s role as an international peacekeeper. Each project encompassed her interests of economics, business, the environment, and management strategy.

Block and Veres developed the idea for one project together, sketching their plans on napkins at a campus restaurant during lunch. The project centered on researching the phenomenon of global grocery stores that buy products from family farms and then market them as smaller brands. Together, they investigated how the grocery stores keep the niche profits that come with small-scale labeling.

For her capstone, Veres worked with a Michiana farmer to develop a “farm to classroom” curriculum of about 75 lesson plans on sustainability, farming, and nutrition that meets Next Generation Science Standards for integration in Indiana and Michigan classrooms. The curriculum meets standards for all US states and will eventually be made available nationwide.

Sustainability is “engrained in everything we do,” Veres said, explaining her motivation for the project.

For the farming curriculum, she was named a finalist for the James M. Frabutt Prize for Outstanding Educational Research in the Community from the Institute for Educational Initiatives at Notre Dame.

Veres said becoming involved with the Kellogg Institute was the best decision she made at Notre Dame: “I have learned valuable research skills, and my writing abilities have improved dramatically.”

“Kellogg has helped me become a scholar of the world, focusing on unique areas while also learning from other brilliant scholars around me,” she added.

She will attend Ohio State University in the fall on a University Fellowship to work on a master’s degree in accountancy. 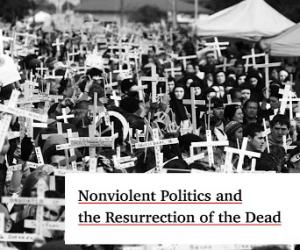 Former Kellogg Doctoral Student Kyle Lambelet is the author of his new book, ¡PRESENTE!: Nonviolent Politics and the Resurrection of the Dead, published by Georgetown University Press. I