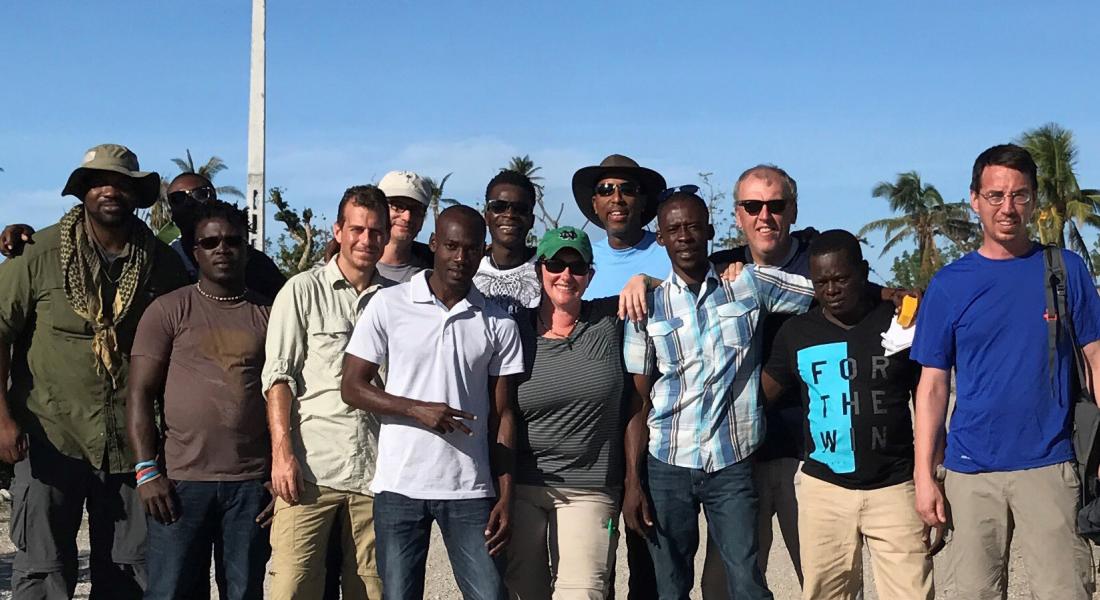 When Hurricane Matthew hit Haiti in October 2016, Kellogg Faculty Fellows Tracy Kijewski-Correa and Alexandros Taflanidis, structural engineers who had been working to develop disaster-resistant housing on the island since Haiti’s massive 2010 earthquake, knew their team had to get on the ground immediately.

“Matthew was the first Category 4 storm to impact Haiti in more than a half century,” Kijewski-Correa says. “We needed to get there to collect perishable information—to document damage patterns that would allow us to do an engineering reconstruction of what happened when the hurricane made landfall as well as human accounts of the event while they were still fresh.”

Two grants from the National Science Foundation (NSF) have made it possible for Kijewski-Correa and her collaborators to do just that. As a plus, through door-to-door surveys to document the recovery plans of individual households, the investigators will be able to study the role that religion and other factors play in Haitian homeowners’ responses to disasters like earthquakes and hurricanes.

A unique path to funding

After a natural disaster in the US, engineers funded by NSF RAPID grants immediately conduct on-the-ground “forensic” research that leads to strengthening of building codes and disaster-response protocols, Kijewski-Correa explains—but Haiti, like many other developing countries, has no such system in place.

It was unprecedented for the NSF to fund hurricane reconnaissance work outside the US that considered both engineering and human survey components. To obtain funding, the team divided the project in two, with Kijewski-Correa leading the engineering investigation and Javeline leading the homeowner survey. And they spoke to the value of the research to efforts to enhance community resilience to hurricanes not only in Haiti but in the US South, where resistance to government regulation impedes code adoption.

“We are tremendously proud that we were able to persuade the NSF engineering and social sciences divisions to jointly fund this work in a developing nation,” Taflanidis says.  The data will be preserved for public use in a repository established by the NSF’s new Natural Hazards Engineering Research Infrastructure (NHERI). 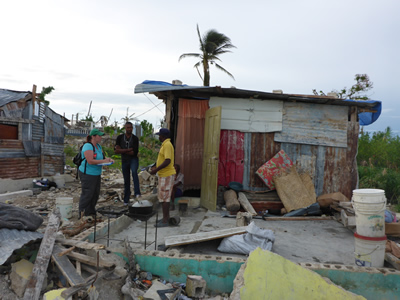 In November 2016, the team’s four engineers spent nine days on the ground in Haiti, measuring the effects of the hurricane’s storm surge and winds on the topography and infrastructure.

“We measured how much the coastline shifted and changed, how far the water inundated in the storm surge, and reconstructed how strong the winds had been,” Kijewski-Correa says. “Then we looked at the damage to schools, churches, clinics and especially homes.”

Later this summer, she will tap Richman’s expertise in Haitian language and culture and Javeline’s expertise in survey research to return to the island to talk to 500 residents.

The study dovetails with one Kijewski-Correa and Javeline are currently conducting in North Carolina, with the support of the Environmental Change Initiative, to discover how homeowners make decisions to protect themselves in the face of climate change. They will use elements of the same survey in Haiti to explore how experiencing a natural disaster changes attitudes about risk prevention.

“Whether it’s Haitian lives or American lives, people are at high risk because they reside in coastal areas that are increasingly vulnerable to rising seas and hurricanes,” says Javeline, who notes that the safest option for Haitians is to rebuild their homes with risk-reduction in mind.

“It is imperative to understand what motivates homeowners to reduce risk,” she says. “If we can make even a small contribution to understanding human motivation, our project will have scholarly value and also practical value in saving lives.”

Kijewski-Correa is particularly excited by the opportunity to incorporate religion into the Haiti study.

“Religion is normally not studied in disaster risk reduction but it is one of the more powerful drivers of people’s decisions around climate and disasters,” she says. After the 2010 earthquake, it was common for residents to respond to researchers’ questions about recovery plans with “God willing” or “whatever’s in God’s plan.”

“This study will let us dive much deeper to understand how people relate various factors that affect vulnerability and attitudes like religion, culture, and economic capacity in their decision making,” she explains.

And she can’t overstate the value of the interdisciplinary team.

“Without the social science piece of how people make these decisions and the factors that influence them, all the engineering just sits there and is never adopted—that’s why we were really excited about joining these two parts together,” she says.

“Our goal is that they take everything we engineers learn about these disasters to design safer houses—and implement that before the disaster hits or in the recovery afterward.”

Following up on post-earthquake research in Haiti 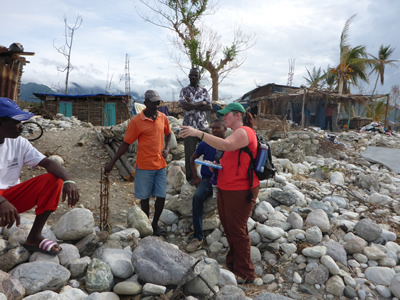 An award-winning engineer with joint appointments in Notre Dame’s College of Engineering and the Keough School of Global Affairs, Kijewski-Correa is the co-founder, with Taflanidis and then–graduate student Dustin Mix, of Engineering2Empower (E2E), which seeks to find innovative, permanent solutions to housing for the poor in disaster-prone regions of the developing world, beginning in Haiti.

Today’s post-hurricane research builds on ongoing work in Haitian communities first affected by the 2010 earthquake, with a number of projects receiving seed funding from the Kellogg Institute.

The most recent Kellogg-funded E2E project in Haiti is an innovation incubator that has spawned a network of a hundred Haitians trained to use “human centered design” to solve problems in their communities.

“After Matthew hit, they got a whole slew of new problems that they’re trying to tackle,” Kijewski-Correa says, mentioning as examples improving access to quality sanitation and clean drinking water, both threatened by storm surge and flooding.

“We get to learn through the Kellogg study more about how we can equip people, even if they are illiterate, to respond to their own challenges,” she says. “It’s amazing to help them discover the answers that—as they like to put it—that ‘were always inside of us.’”

Engineering2Empower’s post-quake housing design will be on display at the Smithsonian National Museum of American History in Washington, DC, October 13–15 as part of the Atlantic Coast Conference Smithsonian Creativity and Innovation Festival.